MTV has announced BTS as the winner of the Best Group award!

CONGRATS to @BTS_twt for winning BEST GROUP at the #MTVEMA tonight!! ?? pic.twitter.com/FtZThBc30f

BTS has now received awards for the three categories they were nominated in.

The 2019 MTV EMAs were held on November 3 (local time) in Seville, Spain to celebrate the best and brightest in music, with notable wins by BTS and ATEEZ, as well as an amazing performance by NCT 127!

BTS took home a total of two awards from the show after being nominated in three categories. For the Best Live award, they had been up against some fierce competition with Ariana Grande, Ed Sheeran, P!NK, and Travis Scott. The team also took home the Biggest Fans award for the second year in a row, beating out fellow nominees Ariana Grande, Billie Eilish, Shawn Mendes, and Taylor Swift.

Congrats to @BTS_twt on winning the 2019 #MTVEMABiggestFans for the second year in a row!!! ? pic.twitter.com/dvA4qZfWo7

ATEEZ also took home an award after being nominated alongside AB6IX, CIX, ITZY, and IZ*ONE for the Best Korean Act Award. The MTV EMAs will nominate several artists from each region for their Best Act (Home Region) awards and this year’s winner was ATEEZ. 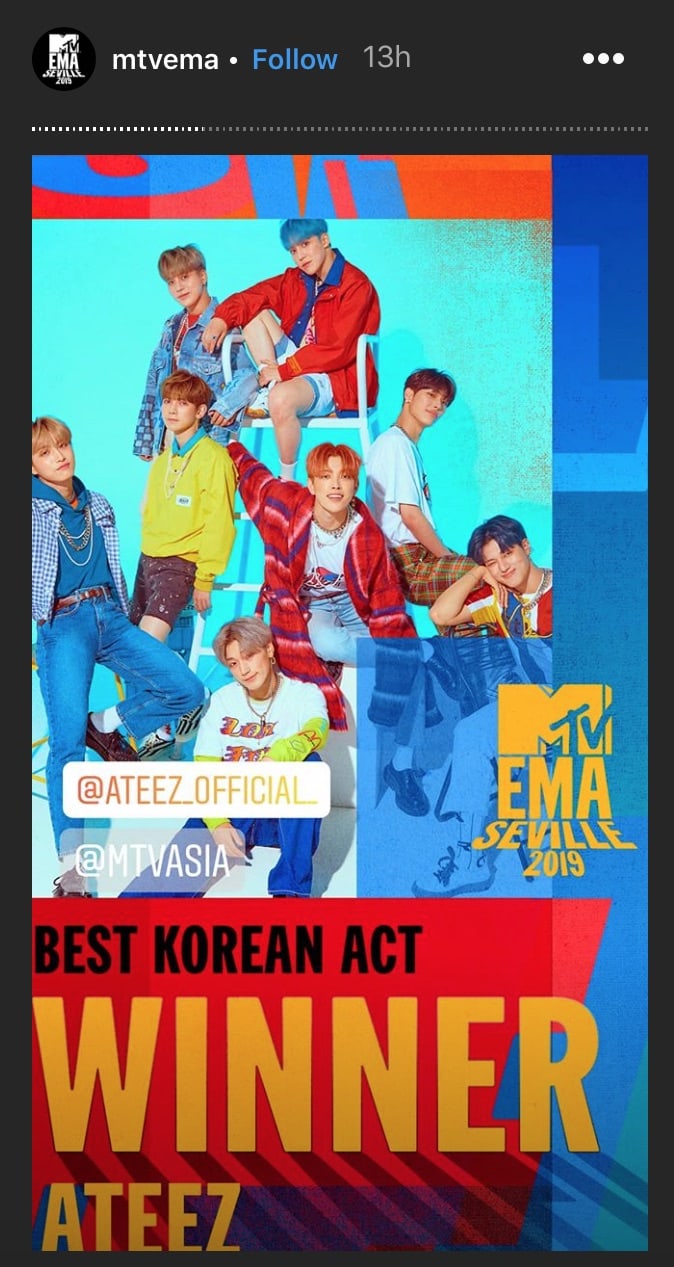 At the show was NCT 127, who put on an amazing performance of “Highway to Heaven” that enthralled everyone there. Check out their performance and red carpet look below!