For better or for worse, Jang Nara and Lee Sang Yoon are preparing for change in the upcoming episode of SBS’s “VIP.”

“VIP” tells the story of an elite team of professionals who take care of the VIP clients at a high-end department store. It is also about the stories of working women who are trying to survive in both the workforce and their marriages.

“VIP” recently released stills for its upcoming episode in which Jang Nara and Lee Sang Yoon prepare for a confrontation. Early in the drama, Na Jung Sun (Jang Nara) received a text that said, “Your husband’s woman is someone on your team.” Since then, she has been plagued with doubts about her husband, Park Sung Joon (Lee Sang Yoon), who clearly has something to hide.

In the stills, Na Jung Sun looks like she has abandoned her doubts and is determined to have the truth despite the tears in her eyes. Park Sung Joon, on the other hand, projects a feeling of anxiety and nervousness about the confrontation. 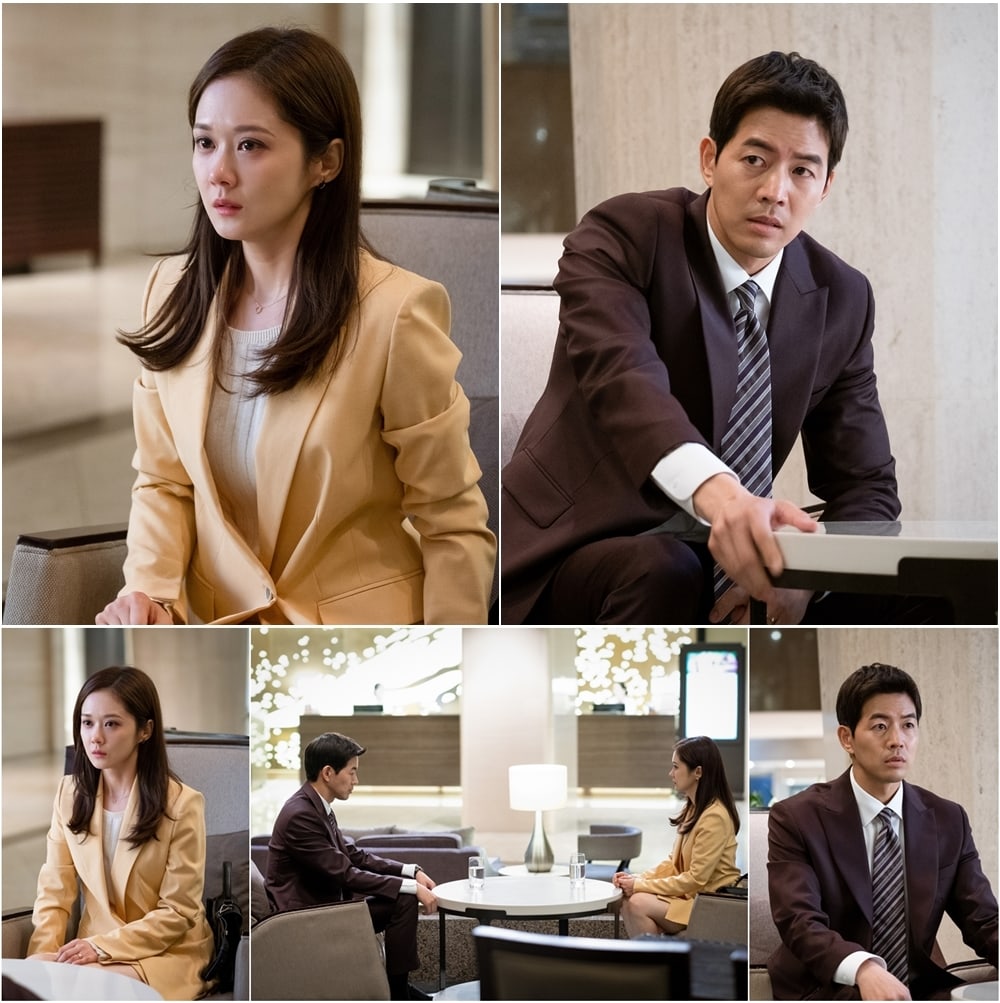 Last episode ended with Na Jung Sun running into her husband in the hotel lobby after he lied to her about where he was. The scene in the stills will be a direct continuation of that explosive meeting, raising the stakes for this “private office melodrama.”

The scene was filmed back in June at a hotel in Seoul and was paired with another scene in order to ensure that the right emotions were carried over from scene to scene. The two actors were considerate of the production staff, who had to move the equipment and set up everything so that the scenes could be filmed back-to-back.

Another set of stills released by the drama show Na Jung Sun drinking her sorrows away with her mentor, Jang Jin Chul (Jang Hyun Sung), and telling him about what happened between her and her husband. 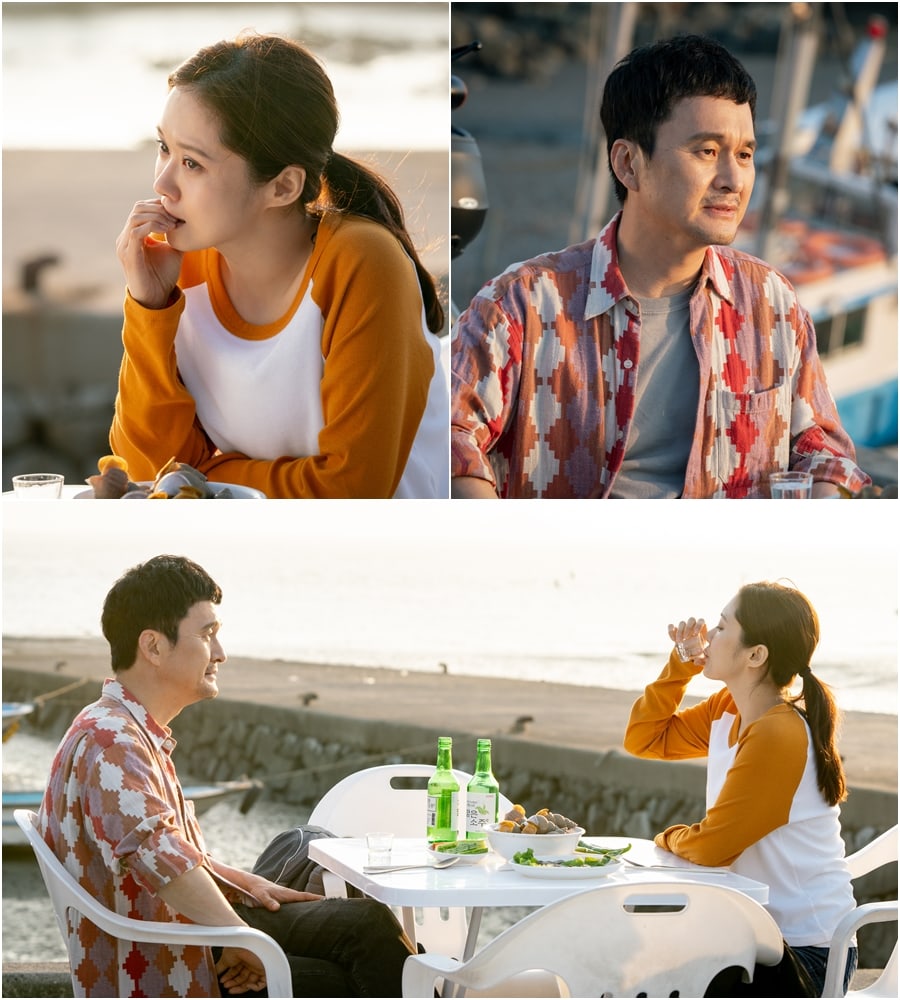 The production staff stated, “Jang Nara is very focused on portraying her character’s emotions, which rise and fall like the waves. This scene in particular will make viewers’ hearts resonate with sympathy for her. Please look forward to the actors’ work and development in the upcoming November 4 episode.”