VICTON has accomplished a huge achievement by charting many songs on Korea’s largest music chart Melon for the first time almost three years after their debut!

This is the group’s first comeback since they released the single “Time of Sorrow” in May 2018, as well as the first since members Han Seung Woo and Choi Byung Chan appeared on “Produce X 101” earlier this year. Han Seung Woo was one of the winning contestants of the show who debuted with the project group X1 in August, and he will promote exclusively with X1 for 2.5 years while VICTON promotes as six.

At 7 p.m. KST, VICTON’s “Nostalgic Night” debuted on the realtime chart of Korea’s largest music site Melon at No. 51. This was the first time the group has ever charted on Melon’s realtime Top 100, which is a difficult achievement for many artists. The song also charted at that time on Bugs at No. 31, Genie at No. 45, Soribada at No. 96, and FLO at No. 99.

By 1 a.m. KST on November 5, “Nostalgic Night” had not only risen on the charts, it had also been joined on Melon by every other track on their mini album except for their intro.

Previously, “Time of Sorrow” reached a peak of No. 84 on Bugs, and VICTON has never charted on Melon, Genie, or Soribada.

Following their success on the charts, Chan came on V Live to talk to their fans ALICE about the achievement. “Our group chat is nuts right now,” he said. “This is all because of you, thank you.”

He later shared, “Seung Woo congratulated us a lot too. He’s in VICTON’s group chat too and he told us that he’d seen that we entered the chart. I’m happy because it seems like we’ve become singers you can be proud of, now that all of our songs have entered the charts. It’s so great.” 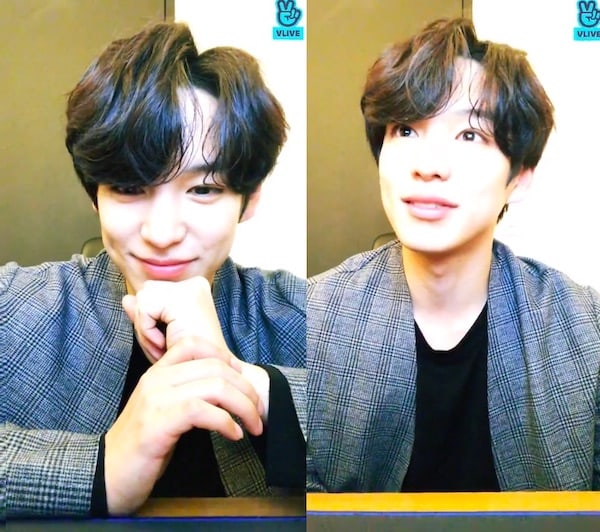 VICTON debuted on November 9, 2016 under Plan A Entertainment (now Play M Entertainment) and will be celebrating their third anniversary this weekend. The group will begin promoting “Nostalgic Night” on “M Countdown” on November 7.