MBC’s “Extraordinary You” has unveiled intriguing images of Kim Hye Yoon and Lee Jae Wook ahead of the upcoming episode!

In the newly released stills, Eun Dan Oh (played by Kim Hye Yoon) and Baek Kyung (played by Lee Jae Wook) are spotted in an unfamiliar place. Baek Kyung appears to be lost in thought, while Eun Dan Oh secretly watches him. Furthermore, Baek Kyung’s signature sharp glare seems to contain a bit of sadness, piquing curiosity as to what kind of place the two have met up in and what significance it holds. 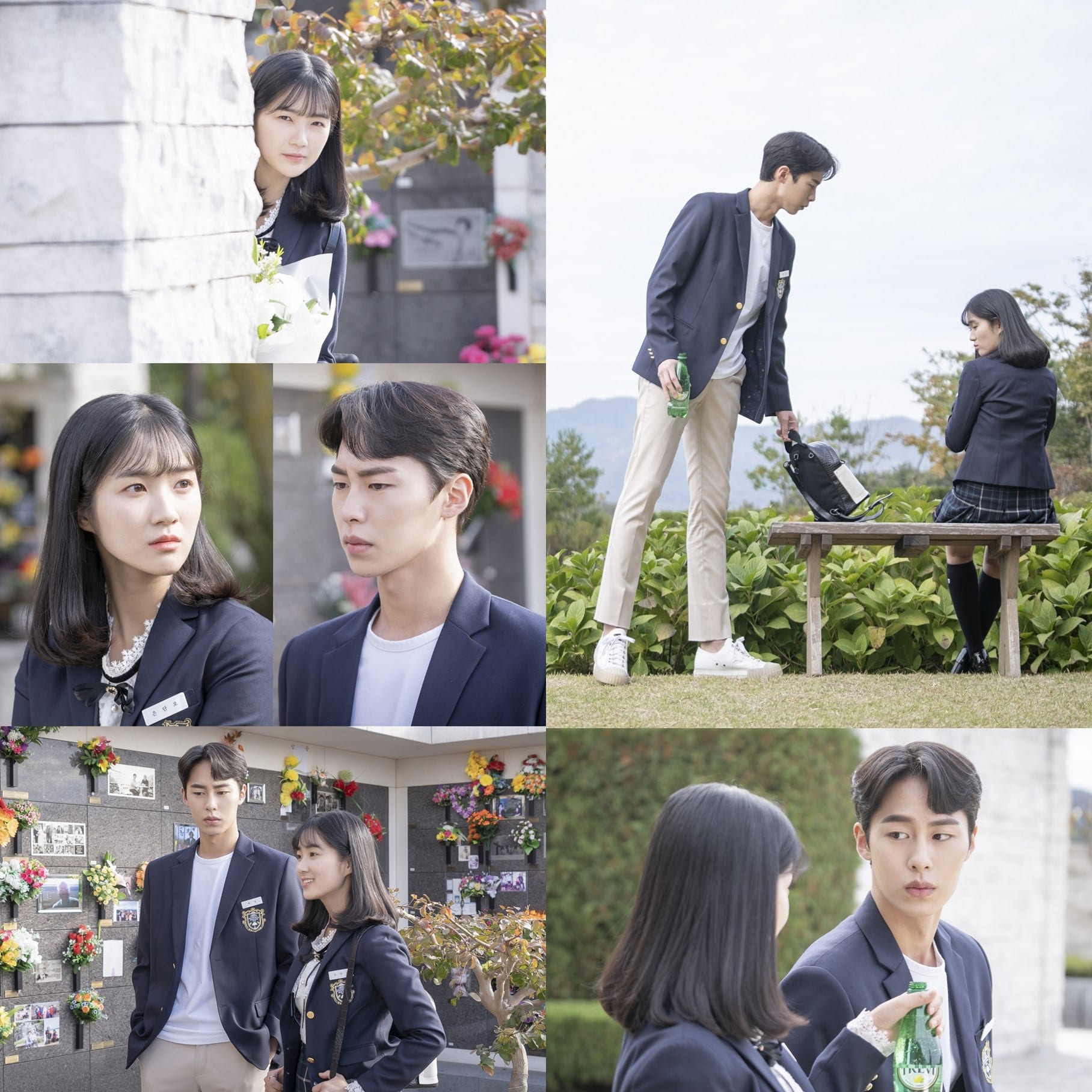 In last week’s episodes, Eun Dan Oh grew closer to Ha Roo (played by SF9’s Rowoon) after his memories returned. On the other hand, Baek Kyung slowly began to acknowledge his feelings for Dan Oh after gaining self-awareness, leading him to clash with Ha Roo. Their ties became even more complicated when Ha Roo and Dan Oh confirmed their feelings for each other with a sweet kiss. Viewers are waiting in anticipation to see how the three characters’ love triangle will play out moving forward.

Watch the previous episode of the drama below!