BDC Talks About How They Feel After Making Debut, Idol Role Models, And More

On November 4, the boy group appeared on the MBC radio show as special guests.

BDC made their debut on October 29 with the title track “Remember Me.” When asked about how they felt about finally making their debut, Kim Si Hun commented, “I was moved to tears. The first people I thought of were my parents, who believed in and waited for me until I performed on stage for the first time.” He then addressed his parents as he said, “I’ll make sure you only walk on flower roads from now on.” 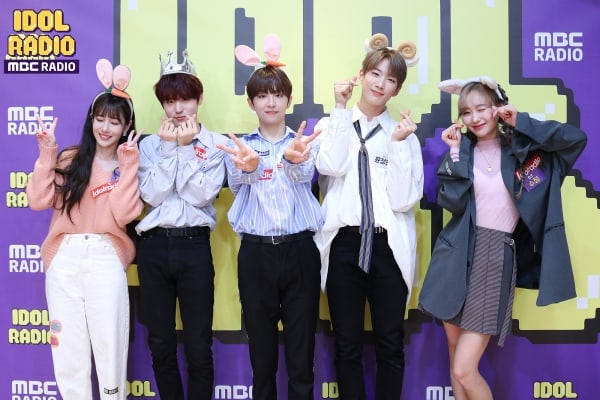 Although the group’s name BDC is an acronym for “Boys Da Capo,” which means “boys starting from the beginning,” they also spoke out how their agency’s CEO Rhymer almost chose “Boys Don’t Cry” instead. Yun Jung Hwan confessed, “To be honest, I was a little taken aback.” Hong Seong Jun also made everyone in the studio laugh when he added, “[The name] means we shouldn’t cry, but I almost cried right there on the spot.”

After performing their new title track and covers of songs from BTS, GOT7, EXO, and other groups, Kim Si Hun talked about AB6IX, another group from Brand New Music. He said, “I taught girl group dances to AB6IX’s Kim Dong Hyun and Lim Young Min two years ago.” He then showed off the choreography to BLACKPINK’s “Playing with Fire” and TWICE’s “TT.”

The BDC members then chose their individual role models. Kim Si Hun revealed, “My role models are BTS’s Jimin and V, and EXO’s Kai. The gap in [Jimin’s image] when he’s both on and off-stage is cool. I want to become a world star and proudly appear in front of them.”

When asked if they had ever considered other occupations other than being an idol, Kim Si Hun talked about wanting to create his own clothing brand one day, while Yun Jung Hwan revealed that he was thinking of becoming a producer as well. Hong Seong Jun answered, “I want to be an idol forever.”