On November 4, Good Data Corporation revealed the weekly rankings of the dramas and actors that generated the most buzz over the past week. The results are from the company’s analysis of news articles, posts on blogs and online communities, videos, and social media for 27 currently airing and upcoming dramas from October 28 through November 3.

KBS 2TV’s “When the Camellia Blooms” reclaimed its spot at the top of the buzzworthy dramas list after being unseated by MBC’s “Extraordinary You” for the last two weeks. Stars Gong Hyo Jin and Kang Ha Neul similarly rose to No. 2 and No. 6, respectively, on the list of buzzworthy actors after displaying their emotional acting in the latest episodes.

MBC’s “Extraordinary You” maintained a high position on the list at No. 2. SF9’s Rowoon took No. 3 in the buzzworthy actors ranking, and his co-stars Kim Hye Yoon and Lee Jae Wook came in at No. 5 and No. 8, respectively.

Coming in fourth place was KBS 2TV’s “The Tale of Nokdu.” Jang Dong Yoon and Kim So Hyun both saw a rise in their rankings on the list of buzzworthy actors, taking No. 4 and No. 9, respectively.

SBS’s new Monday-Tuesday drama “VIP” entered the list at No. 5. Jang Nara and Lee Sang Yoon, who play a secretive couple that works with VIP clients at a high-end department store, claimed the No. 7 and No. 10 spots, respectively, in the buzzworthy actors ranking. 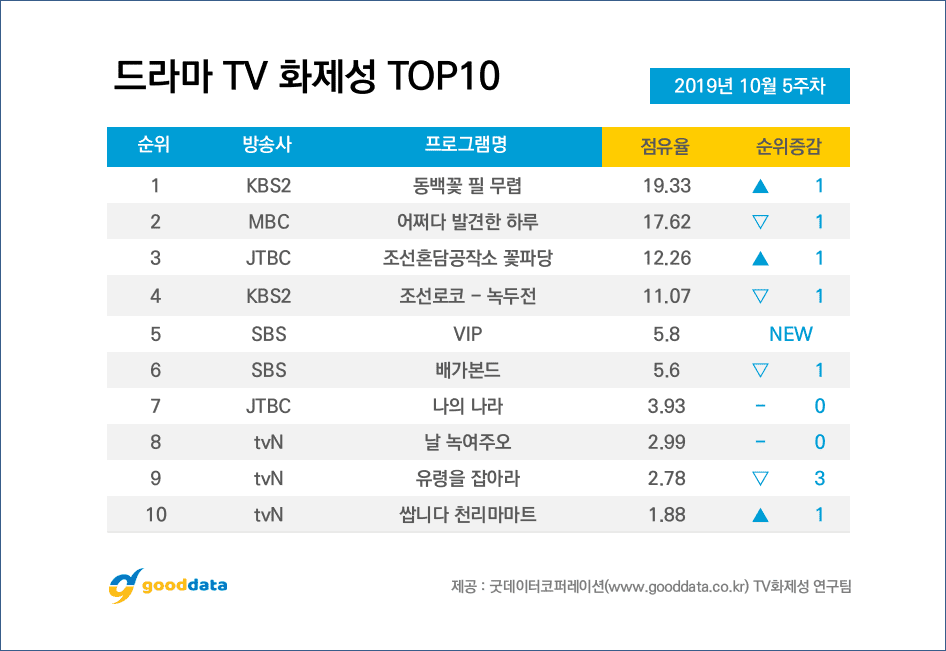 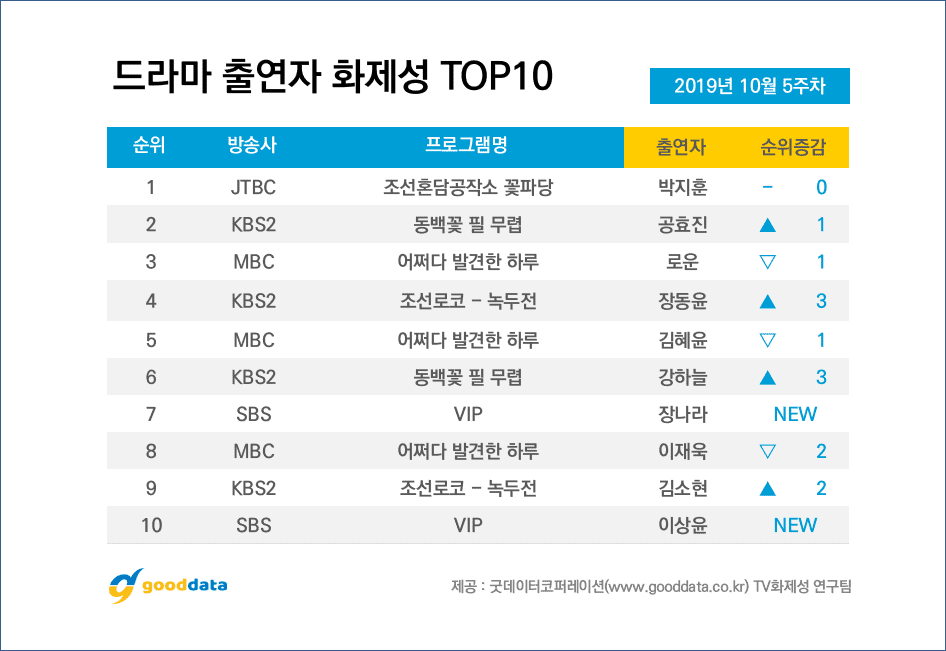