KBS’s “The Tale of Nokdu” has released new stills of Jang Dong Yoon and Kim So Hyun!

Last episode, Nokdu (Jang Dong Yoon) and Dong Joo (Kim So Hyun) confirmed their feelings for each other through a heated kiss. However, the cogwheel of fate added tension to the drama with the appearance of Yul Moo (Kang Tae Oh), who does not hide his fixation towards Dong Joo nor his ambition for the throne, as well as King Gwanghae (Jung Joon Ho), who discovered that his son was alive.

In the released stills, Dong Joo is spotted at the royal palace. As she took huge risks to enter the palace, she raises questions about what opportunities she might have received to achieve her goals. Dong Joo also gives Nokdu a romantic back hug as they stare to the side looking defeated. 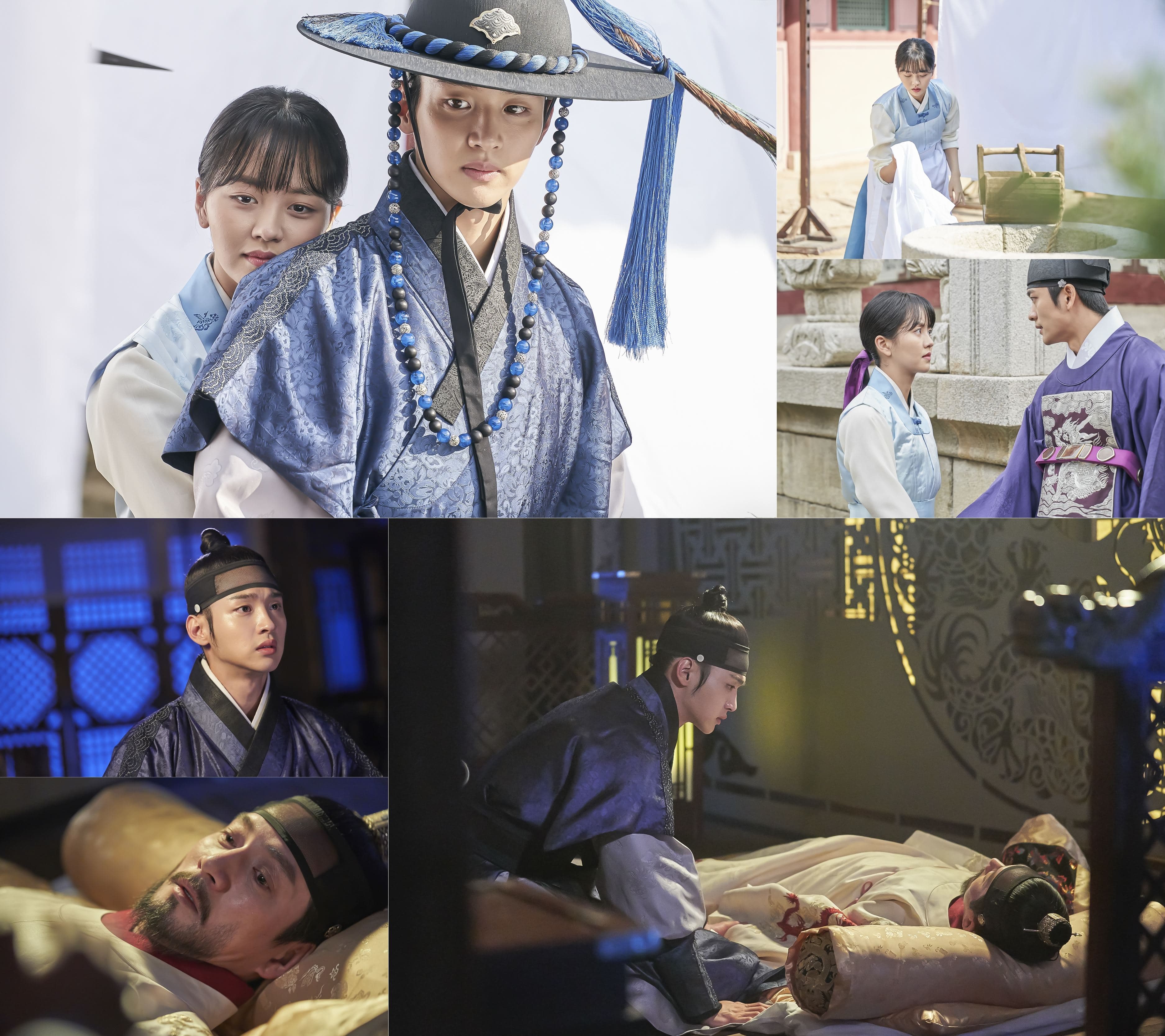 The other stills showcase Dong Joo coming face-to-face with Yul Moo at the king’s palace, and Nokdu staring down at a sleeping King Gwanghae with an unreadable expression on his face. Viewers are curious to see how their stories will unfold in the future episodes.

The production team stated, “Just as the romance between Jang Dong Yoon and Kim So Hyun has deepened, the fate surrounding the two will begin to change as well. The relationship between Jang Dong Yoon and Jung Joon Ho, whose feelings of distrust are heightened due to his sense of betrayal towards Heo Yoon, will also deepen. In particular, new developments in the story will unfold as Kim So Hyun, who has not let go of the strings of revenge, begins to get tangled up in these affairs. Please continue watching to see if Jang Dong Yoon and Kim So Hyun, who have confirmed their feelings for one another, can protect their love in the face of danger.”