“VIP” has been luring in viewers with a thrilling story about people who have doubts about each other but still work together as a team. With the latest episode recording its highest viewership ratings, the drama has been solidifying its spot as the No. 1 Monday-Tuesday drama.

In episode 3, Na Jung Sun (Jang Nara) directly confronted her husband Park Sung Joon (Lee Sang Yoon). As a result, Park Sung Joon confessed that while he did have an affair, it was with someone whom Na Jung Sun does not know and that the relationship is over. However, Na Jung Sun continued to have doubts about the other women in the VIP team. She was especially suspicious of Song Mi Na (Kwak Sun Young), even tailing her after work. Na Jung Sun ended up forgiving Park Sung Joon, until she saw a mysterious message sent to Park Sung Joon by Song Mi Na.

In the newly released stills, Na Jung Sun is spotted at the office, and she looks shocked with her eyes wide open. The next three photos show Park Sung Joon sweetly looking at Lee Hyun Ah (Lee Chung Ah), Song Mina, and Ohn Yoo Ri (Pyo Ye Jin) with his hand stroking each of their faces. The fact that the exact same situation plays out with three different women in her dream symbolizes Na Jung Sun’s imagination and her growing doubts about everyone she works with. 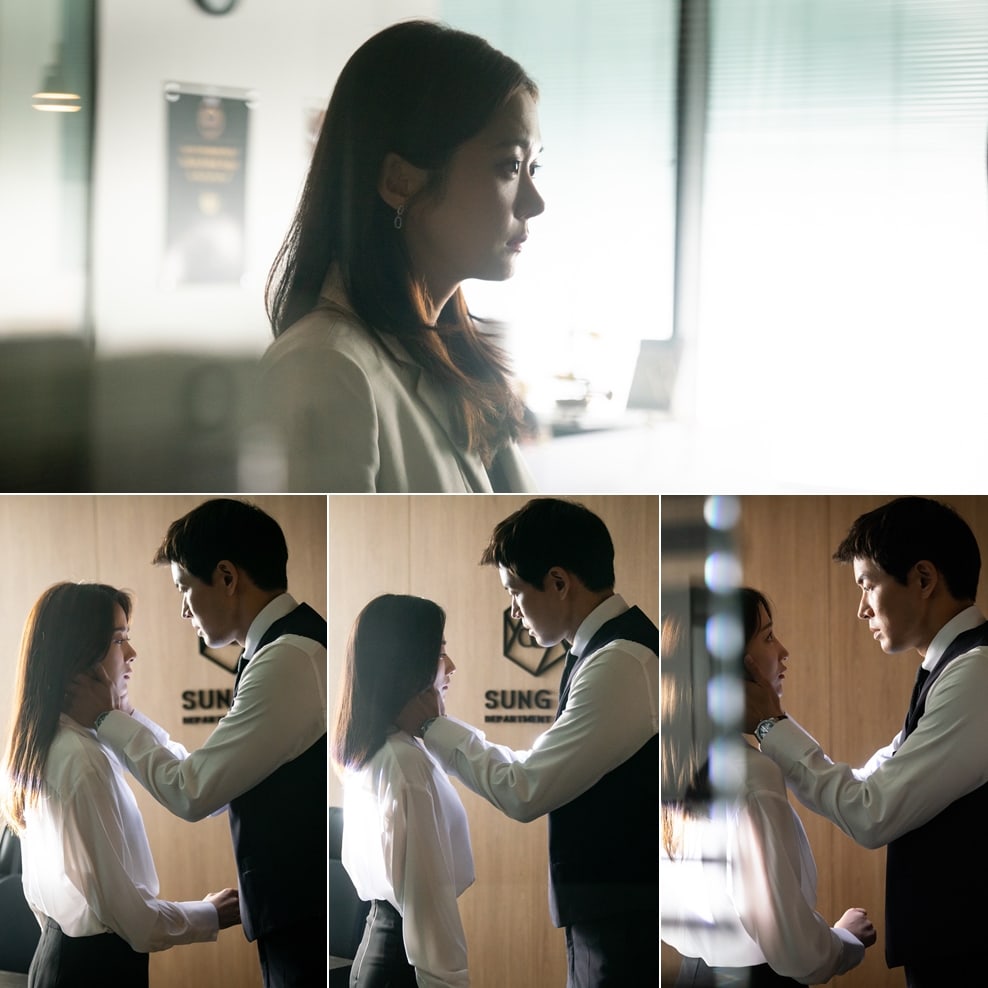 The production team stated, “The actors, who used their passionate acting to act as the same person by wearing similar outfits, celebrated the filming of the interesting scene by taking photos together later on. Please check out the scene that will put Na Jung Sun back in confusion after making a reconciliation with Park Sung Joon.”