Another great drama has come to an end!

For the past eight weeks, JTBC’s Monday-Tuesday drama “Flower Crew: Joseon Marriage Agency” has excited and touched viewers with stories of young people from the Joseon era. With the drama’s finale, the cast shared their closing remarks.

Kim Min Jae shared, “For six months, I lived happily as Ma Hoon in ‘Flower Crew: Joseon Marriage Agency.’ I love all the cast and crew members who shared every crying and laughing moment with me. Thanks to you, I will remember this as a precious time. We worked hard together with joy to film it, so it was great that many people watched and supported it. I hope this drama will remain as a positive meaning in the lives of viewers.” He ended his remark with a quote from the drama, saying, “Lady luck is on our side, so everything is rosy, and we’re the best matchmakers!”

Gong Seung Yeon commented, “Looking back on 2019, I was very happy because it was filled with ‘Flower Crew: Joseon Marriage Agency.’ I think it hasn’t been long since I’ve been acting, so I feel very sorry that I have to say good-bye to such a precious work. I think I’m going to be sick for Gae Ddong in ‘Flower Crew: Joseon Marriage Agency’ for a while. I’d like to thank the director and crew for creating Gae Ddong and entrusting me with the role as well as the viewers who loved the drama. I will see you in a new production soon.”

Seo Ji Hoon started, “I learned a lot from filming from spring to fall, and it was always fun. I’d like to thank the director, cast, and crew I worked with.” Then he added, “This drama was a valuable work for me because I was able to show a new side. I hope it will remain a good work for viewers as well. Please watch the drama until the last episode, which will air today [November 5].”

Idol-turned-actor Park Ji Hoon said, “‘Flower Crew: Joseon Marriage Agency,’ my first beloved drama as an actor, is already coming to an end. I’d like to thank the cast and crew as well as the viewers. I will greet you in better works in the future. Thank you always, and I love you.”

Byun Woo Seok thanked the viewers and promised to return in another production as he concluded, “‘Flower Crew: Joseon Marriage Agency’ is about to end. I was happy that I could live as Do Joon while filming for about 6 months. The character Do Joon was created because the director, cast, and crew worked with me. Thank you all for your hard work.”

Last but not least, Go Won Hee shared, “‘Flower Crew: Joseon Marriage Agency’ is like growing pains. It was a drama where the characters hurt each other because they were clumsy, and they all grew as much as the pain they were in. At first, everyone was clumsy and not perfect, and they painted the characters’ growth well. Thank you to all the viewers who loved our drama.” 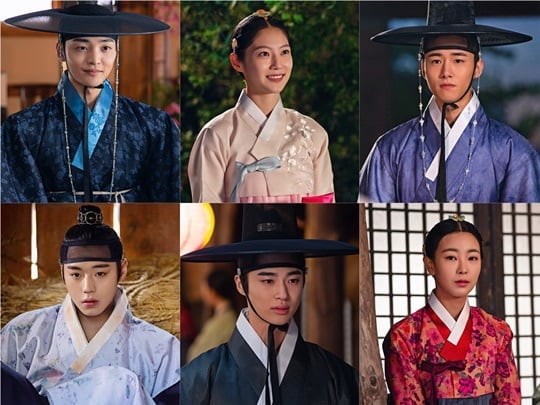 Will you miss the drama?