“Itaewon Class” is based on a webtoon of the same name and tells the story of youths who fight against an unfair world with determination and style. The drama will follow a group of people as they chase after freedom and open up new businesses in Itaewon.

The first script read-through took place in August and was attended by director Kim Sung Yoon, screenwriter and original webtoon writer Jo Gwang Jin, as well as cast members Park Seo Joon, Kim Da Mi, Yoo Jae Myung, Kwon Nara, Kim Dong Hee, Ahn Bo Hyun, Kim Hye Eun, Ryu Kyung Soo, and Lee Joo Young. The director stated, “Every time I start a new drama, I am filled with both excitement and worry. I think keeping myself on my toes helps motivate me to create a new drama, and I hope we will be able to make a drama that makes everyone laugh.” 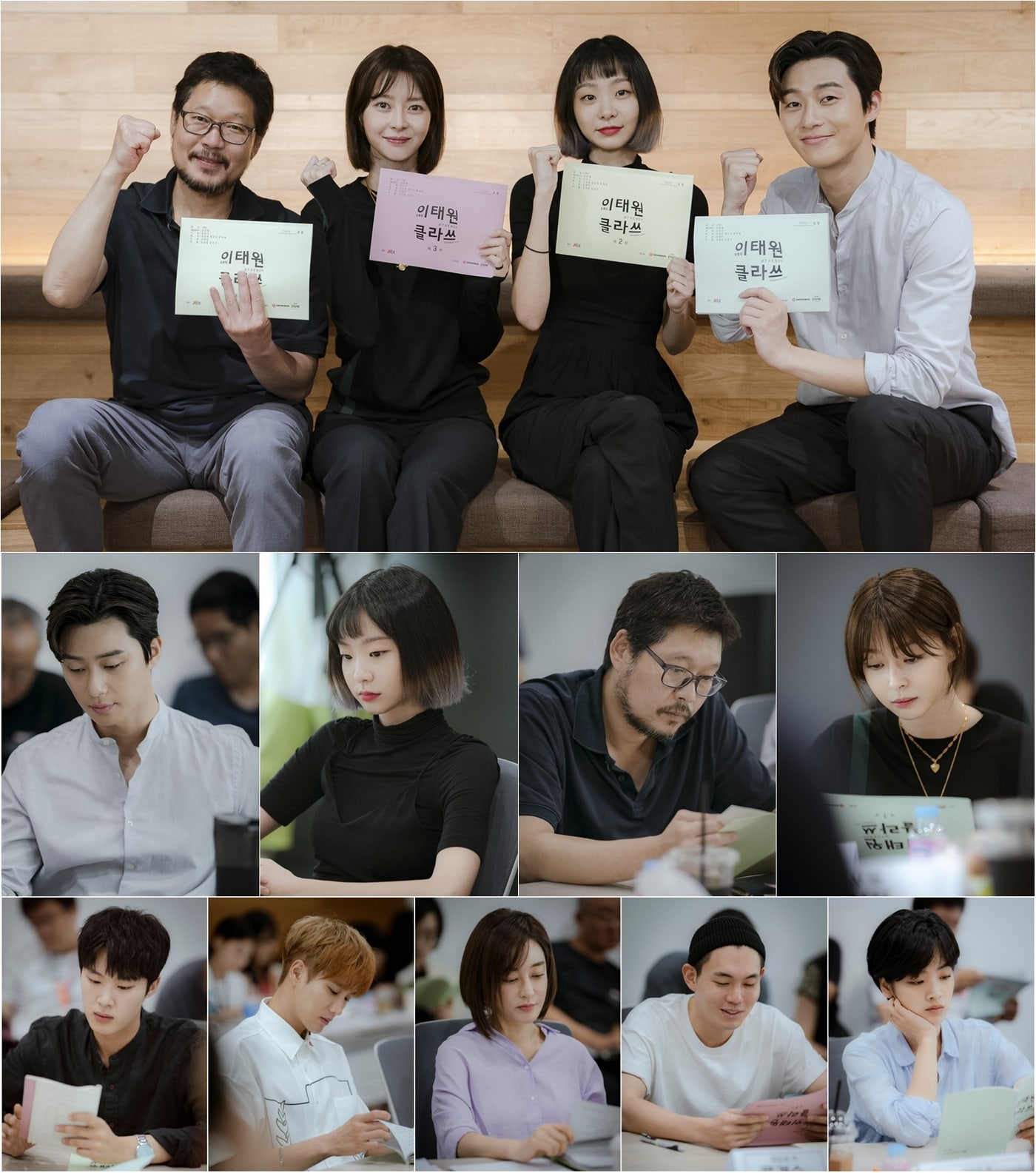 Park Seo Joon will take on the role of Park Sae Roy, who refuses to give an inch in the face of injustice and goes up against a food industry conglomerate Jang Ga. The actor said, “Now that we’re doing script read-throughs, it’s finally hitting me that the drama is starting. I will take this excitement and bring it to the set every day.” Alongside him is Kim Da Mi playing Jo Yi Seo, a highly intelligent sociopath who has the face of an angel but a completely contrasting personality. She said, “I’m so happy to be meeting such great cast members. I’m very excited about filming this drama.”

Yoo Jae Myung will play Jang Dae Hee, the head of the food conglomerate Jang Ga. He is a merciless and cold businessman and will go up against Park Sae Roy as rivals in the same industry. The actor said, “I really enjoyed the webtoon. I’m meeting all the staff, fellow cast members, and director for the first time today, and I’m so nervous and excited. I think we’re going to create a great drama and I will do my best.” Kwon Nara will take on the role of Park Sae Roy’s first love Oh Soo Ah, an honest and confident woman who holds in a painful childhood and becomes Park Sae Roy’s rival to protect herself. She said, “I’m nervous but once I started concentrated, I could already imagine how the drama will look and it made me excited. I will do my best to bring out Oh Soo Ah’s charms.”

The production staff of “Itaewon Class” said, “We took the fun of the original webtoon and combined it with the great acting of the cast to create a shining synergy. The actors amplified the charms of the characters by adding their own style and interpretation to them. We will have many stories to tell and lots of fun will be had, so please continue to give our drama your interest and anticipation.”

“Itaewon Class” is set to be the follow-up drama to “Chocolate” and is scheduled to air in 2020.