SuperM’s song for Korean Air has been unveiled!

Composed by Kenzie, “Let’s Go Everywhere” is an electro pop dance track with a powerful and energetic beat. The song will be released digitally at 6 p.m. KST on November 18.

Korean Air has appointed SuperM as their new global ambassadors!

Korean Air is Korea’s largest airline and flag carrier, and on November 6, they announced that SuperM will be their global ambassadors. Along with the announcement, they unveiled photos of a plane wrapped with photos of the members. 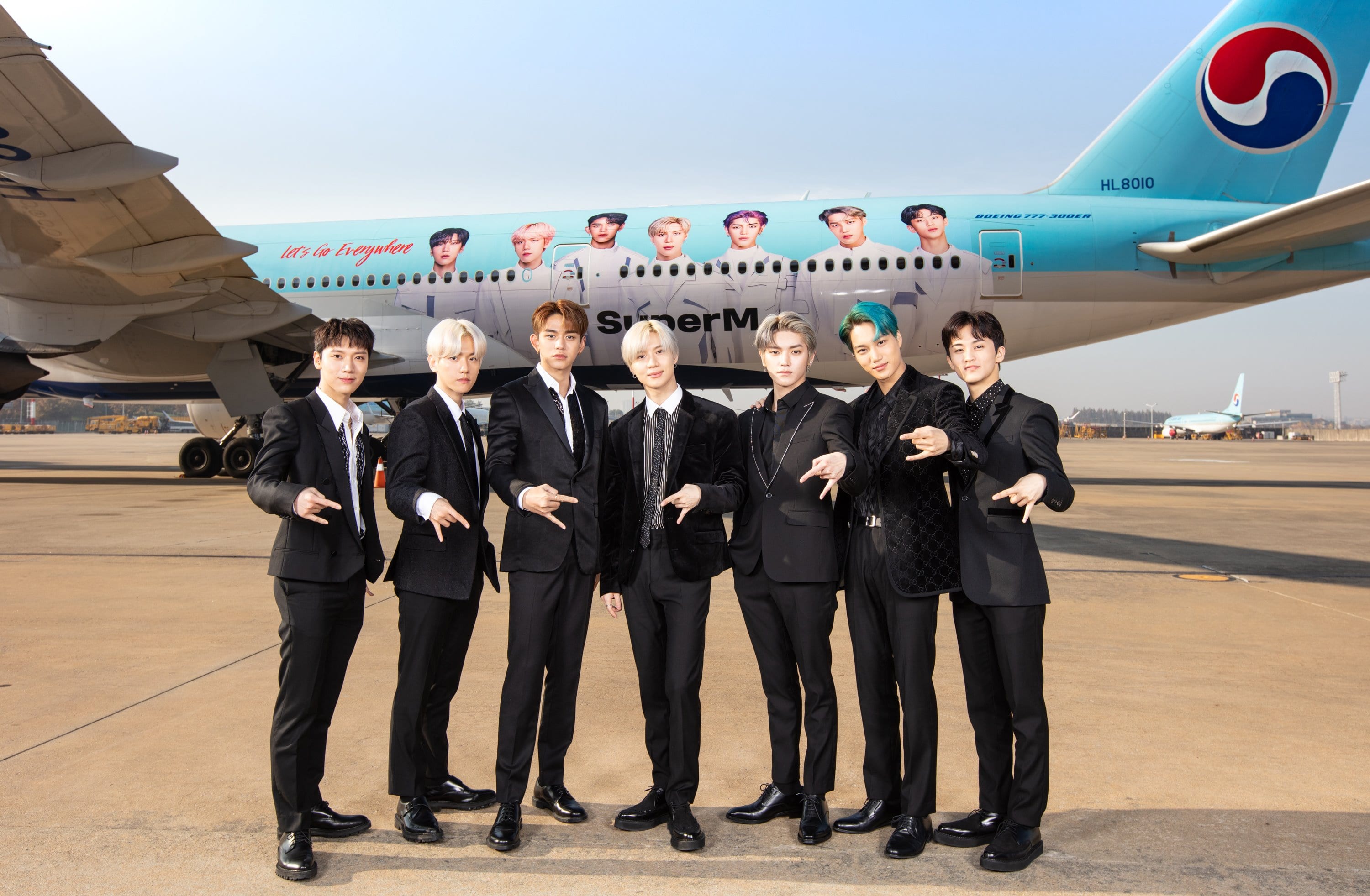 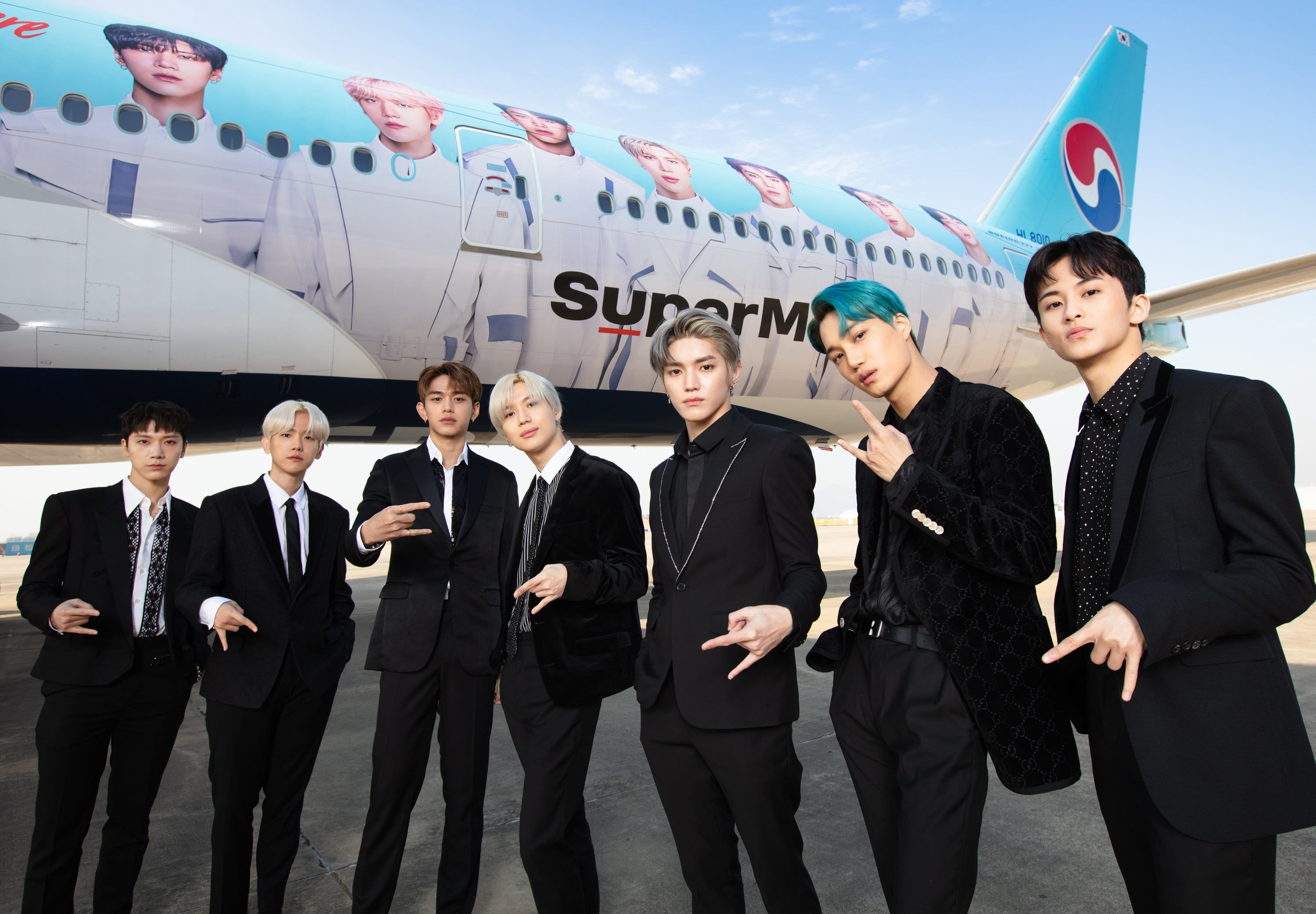 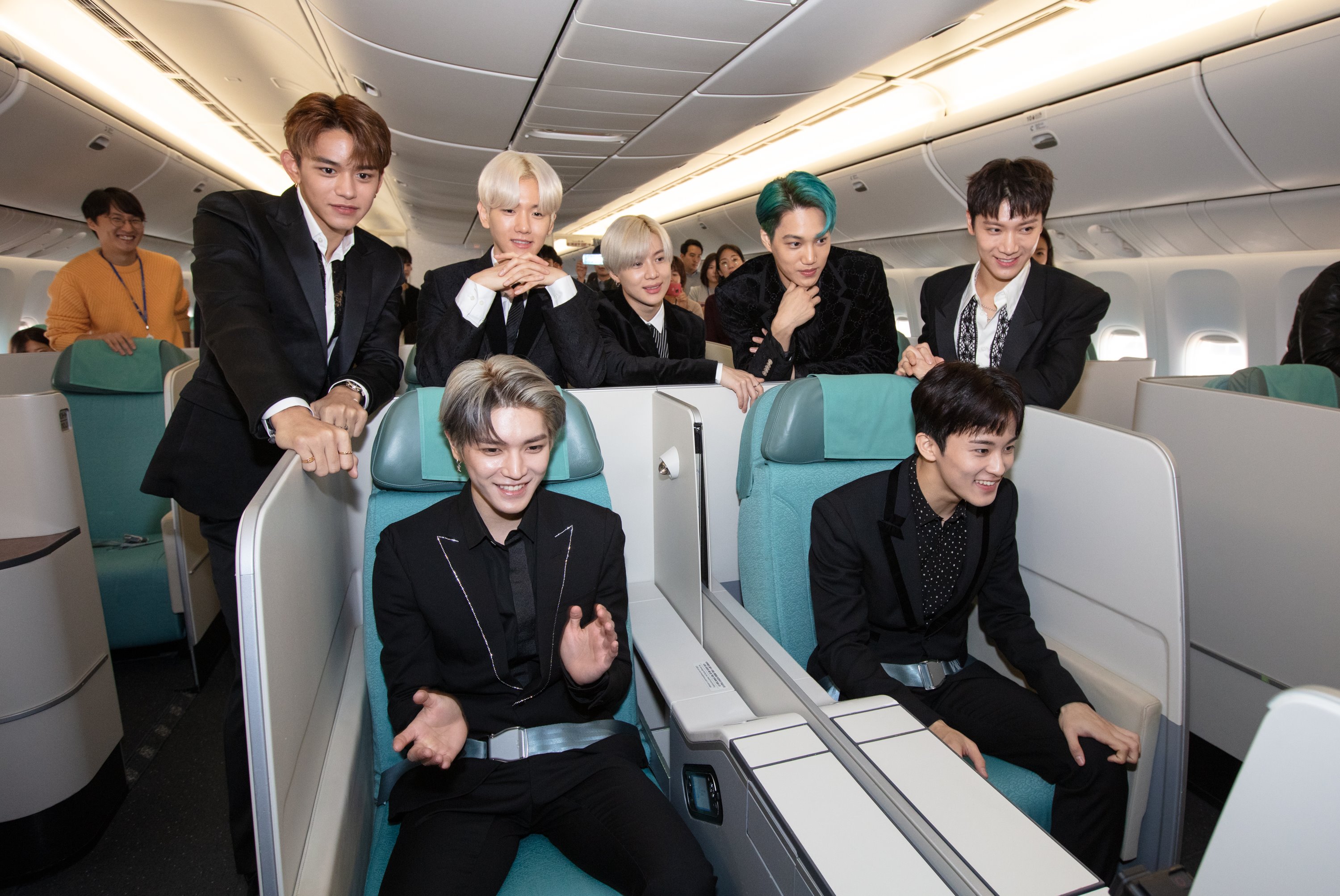 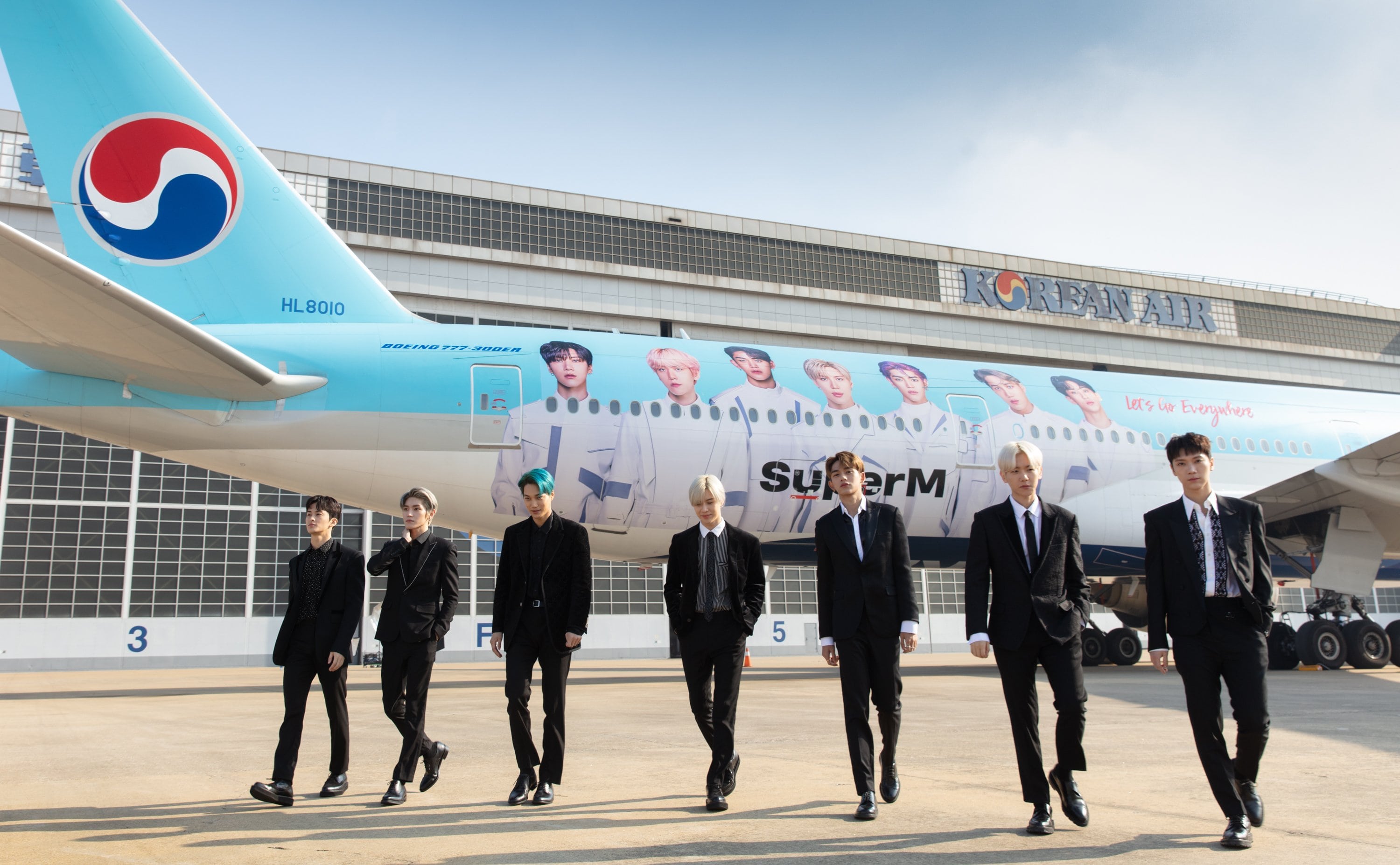 Ahead of the announcement, Korean Air had teased a collaboration with the group, and then revealed a new safety video that will be shown on Korean Air flights. SuperM’s project song “Let’s Go Everywhere” will be released on November 18, with proceeds from the track to be donated to the “Global Citizen” campaign run by the Global Poverty Project.

SuperM is gearing up to hold “We Are The Future Live” performances across major North American cities, starting in Texas, U.S. on November 11 and moving on to other cities such as Chicago, New York City, Los Angeles, Seattle, and Vancouver, Canada. They will be introducing their first mini album and connecting with fans through the event.