Previously, Oh Nam Joo confessed his feelings for Yeo Joo Da and declared that Yeo Joo Da is the only woman for him in front of the whole school. He didn’t hesitate to show his affection for her and call Yeo Joo Da “my girl” in front of his love rival, Lee Do Hwa (Jung Gun Joo).

However, as they got closer and closer, they were faced with obstacles once again. In addition to the group of girls who had constantly been bullying Yeo Joo Da because they like Oh Nam Joo, Oh Nam Joo’s mom, Cha Ji Hyun (Ji Soo Won), made an appearance. She showed up in front of Oh Nam Joo as he was preparing a surprise event for Yeo Joo Da and scolded him. She proceeded to find Yeo Joo Da and slapped her in the face, forcing her to give up on her son. 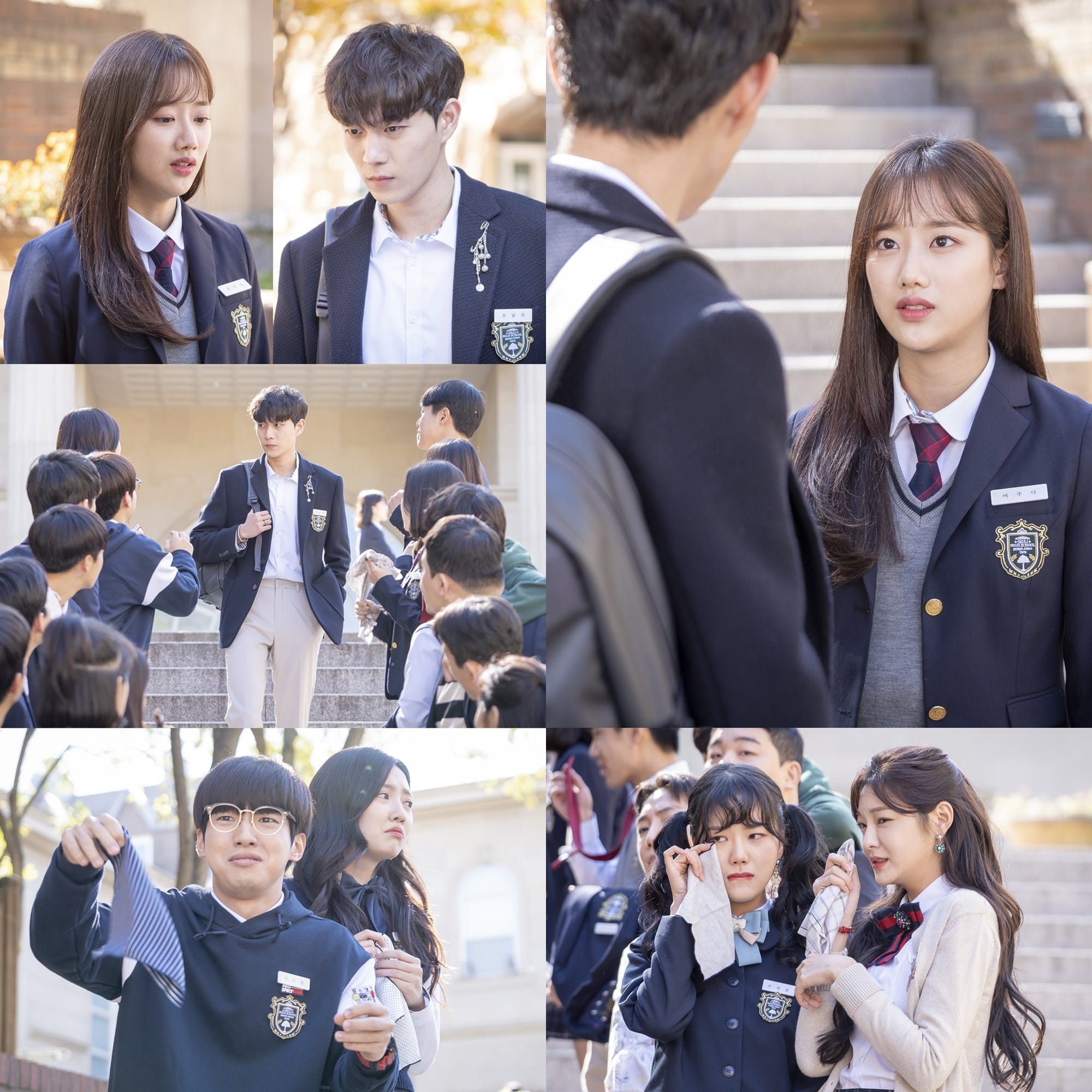 With all the troubles the couple is facing, the stills of Oh Nam Joo walking with a heavy heart draw attention. Yeo Joo Da sheds tears and Oh Nam Joo looks at her with a pained expression. The sad moment shared between Yeo Joo Da and Oh Nam Joo arouses curiosity.

In another image, Oh Nam Joo is seen walking out of the school surrounded by other students. Among the students, the group of girls who like him are shedding tears as they see him off, making viewers wonder if he is leaving for good and never coming back.

As he walks down the stairs, Yeo Joo Da blocks his way and begins to cry while Oh Nam Joo looks at her with a sad expression. Attention is focused on whether the two protagonists of the cartoon, known as the “Nam-Joo Couple,” will overcome their obstacles and stay together.

The reason behind the tearful separation in their love story that’s full of hardships and adversity will be revealed in the next episode of “Extraordinary You” that is set to air on November 6 at 8:55 p.m. KST.

If you missed the latest episode, watch it below!

APRIL
Naeun
Kim Young Dae
Extraordinary You
How does this article make you feel?