The official poster and teaser for Lee Sun Kyun and Jung Ryeo Won’s new drama have been revealed!

Based on a bestselling book of the same name, JTBC’s “War of Prosecutors” is about the ordinary, daily life of prosecutors.

The official poster captures Lee Sun Woong and Cha Myung Joo dressed in their prosecutor robes as they walk towards each other. They appear expressionless as they walk straight ahead under the words, “It’s become clear. It’s war.” 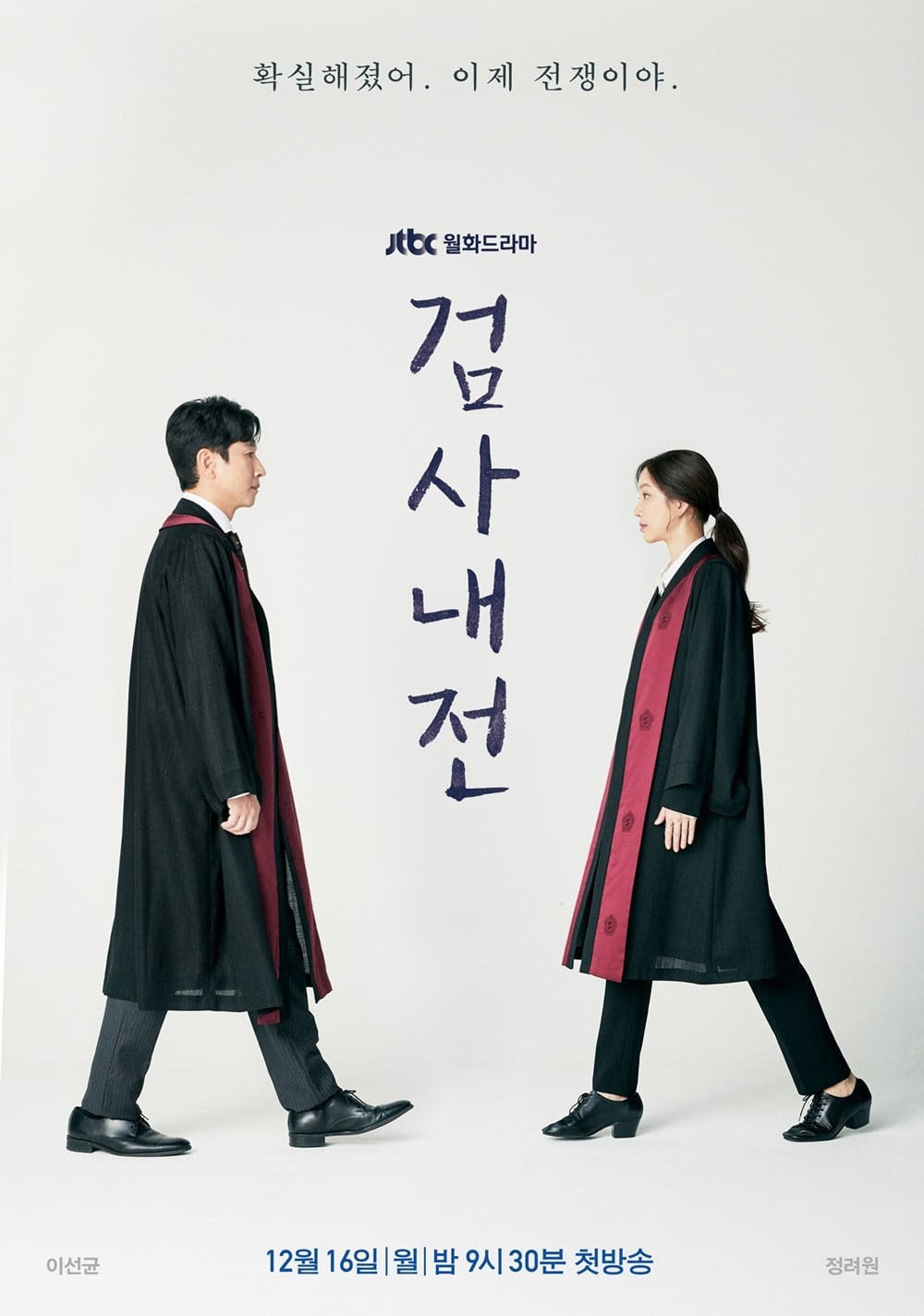 In the teaser, Lee Sun Kyun says in a voiceover, “To you, prosecutor Cha, it may look as if everyone here is doing nothing all day, but prosecutors at the branch office are prosecutors too.”

Jung Ryeo Won fires back, “I don’t think you’re a leader who can advise me, prosecutor Lee.” He replies, “The cases here are directly connected to someone’s life,” to which she responds, “What would a precious son who was raised without hardship know about survival?”

Lee Sun Kyun asks, “Prosecutor Cha, do you even have a philosophy as a prosecutor?” and she answers, “Prosecutor Lee, why don’t you reestablish your standards for processing cases?”

“War of Prosecutors” premieres on December 16 at 9:30 p.m. KST, and will be available on Viki! Check out the teaser below:

Watch a teaser on Viki below!