HyunA Shares How Dancing Changed Her Personality, PSY’s Approach As CEO, And More

HyunA shared her thoughts on her first solo comeback in two years!

On November 6, the artist appeared as a guest on SBS PowerFM’s “Choi Hwa Jung‘s Power Time” to promote her digital single “FLOWER SHOWER.”

“I had a long hiatus, and it was hard meeting people,” she began. “I was glad I could travel with my favorite unnie. I did a live broadcast on social media on my way here, and a lot of people liked it.” She said to the DJ, “Choi Hwa Jung is a muse to me, so you saying that you like me gives me a lot of strength.”

The artist came to the studio wearing a floral-print dress. “I like flowers and like to mix and match vintage items,” she explained. “I only have floral-print clothing at home.” Discussing her newest title track “FLOWER SHOWER,” HyunA said, “It’s a song I’ve been preparing since January. I don’t feel uncomfortable because I’m wearing the perfect outfit for it.” 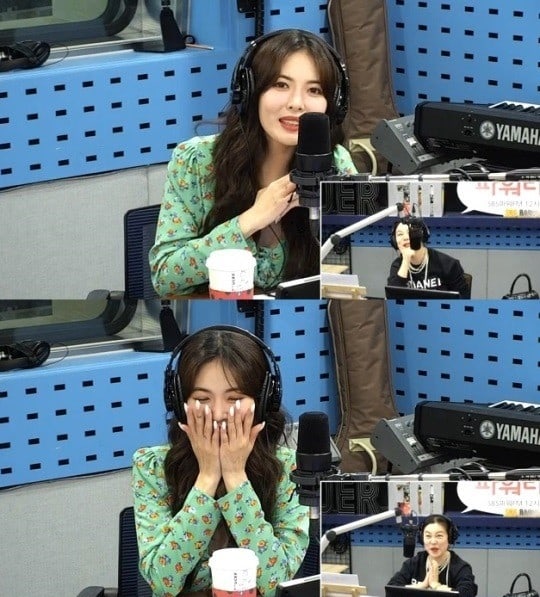 After parting ways with Cube Entertainment, HyunA signed an exclusive contract with PSY’s agency, P Nation. “When it comes to a carrot and stick approach, I’m the kind of person who needs carrots,” she said. “I’m the type of person who needs carrots so that my self-confidence doesn’t decrease, and the CEO gives me lots of carrots. I also thought that I received a present when I received this track. He says, ‘Good job,’ and ‘You look pretty’ a lot. Because of my impatient personality, I call him right away if there’s something I don’t know. The CEO then records and sends it to me right away. He always gives me lots of attention. It feels natural and we communicate a lot. It’s not an atmosphere where it’s difficult to have a meeting. He has a strong presence, so I want to be acknowledged by doing a good job and there’s no oppression.”

HyunA continued describing her personality in real life. She said, “I hear a lot that I’m unpredictable. When I was young, I used to hide behind my dad or someone else. But I changed a lot after my dad gave me the chance to learn to dance. I used to be introverted and scared of being in front of others, but I’m not that way when it comes to dancing.”

“I also think that I’m strong,” said HyunA. “Since I was young, I needed to make something of it if I started something. I set a goal once a year. In the last two years, I thought that I needed to take care of myself so I went on a trip for the first time. I gained strength through fans I met there and paid more attention to things I like. I learned how to love myself.”

She added, “I received a lot of love because I debuted when I was young. There’s nothing else to do but to work hard in order to repay this love, so I think I’ve become stronger.” 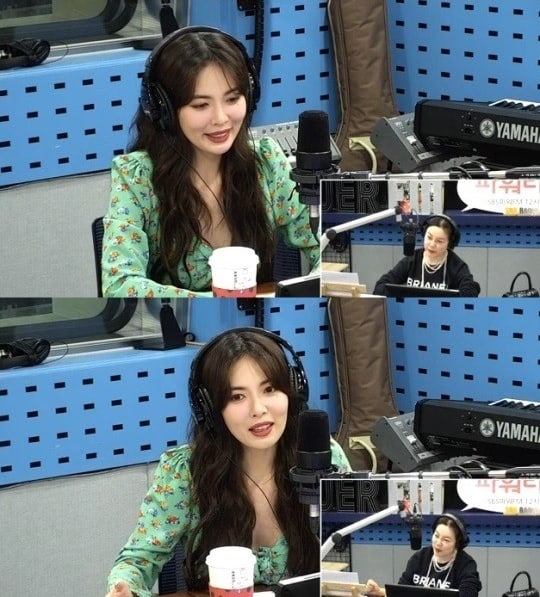 When asked to brag about her boyfriend, HyunA said, “We’re really different yet similar, but what drew me in was how there was a lot to learn from him. I wasn’t used to relying on someone else while working, but he was someone whom I naturally began leaning on. And that was charming. He’s also good at dancing. I felt that it was special how I could learn something from him in all areas.”

HyunA and DAWN made a comeback at the same time. As for who she hopes will come out on top between the two, HyunA answered, “There’s no end to one’s ambitions. I came here thanking [fans] because my track was higher than what I had anticipated. In this case, I hope that my track will stay longer [on the charts]. That way, I’ll be able to talk to the CEO while smiling.”