In the previous episode, Eun Dan Oh (Kim Hye Yoon) and Ha Roo (Rowoon) made viewers’ hearts race as they began a secret relationship with each other. Ha Roo’s straightforward actions and Eun Dan Oh’s cute reactions created a warm atmosphere in the drama.

In the released stills, Ha Roo sits behind Eun Dan Oh as she attempts to make pottery. She looks shocked when he leans in to help her with her project, and Baek Kyung (Lee Jae Wook) looks at the pair with a sour expression. 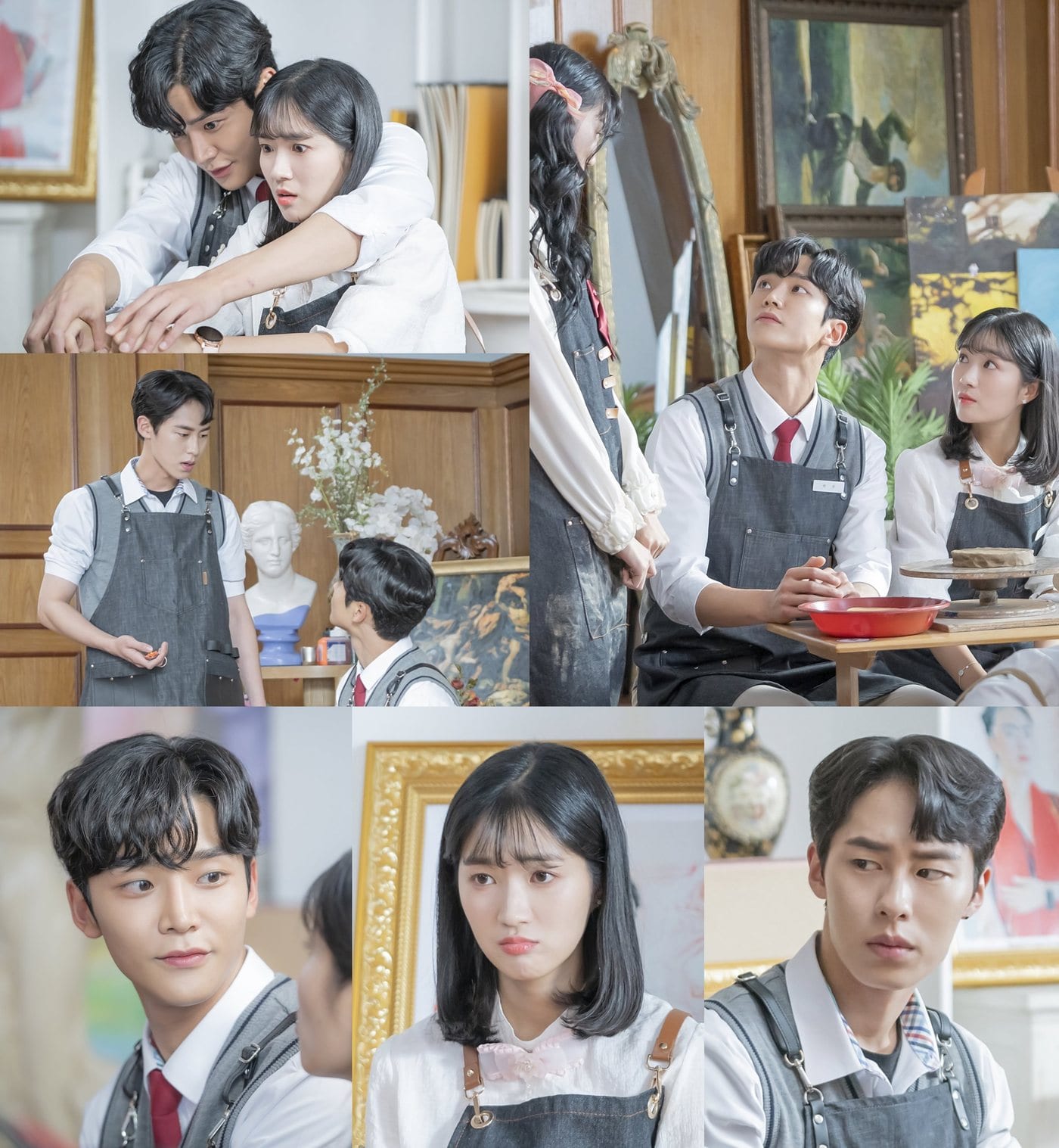 Furthermore, Eun Dan Oh’s sullen expression when a female student approaches Ha Roo and Baek Kyung’s sudden confrontation with Ha Roo hint at the tensions that will arise in the upcoming episode.

Check out the latest episode of “Extraordinary You” below!