In the previous episode, Eun Dan Oh (Kim Hye Yoon) and Ha Roo (Rowoon) made viewers’ hearts flutter as they admitted their feelings for each other and began a secret relationship. However, the drama’s tension heightened as Baek Kyung (Lee Jae Wook) also realized his true feelings for Eun Dan Oh and declared that he will not give up on her.

In the newly released stills, Baek Kyung is spotted making a public announcement, after which he hands Eun Dan Oh a ring. Eun Dan Oh looks both happy and excited as she accepts the ring, whereas Ha Roo looks shocked. 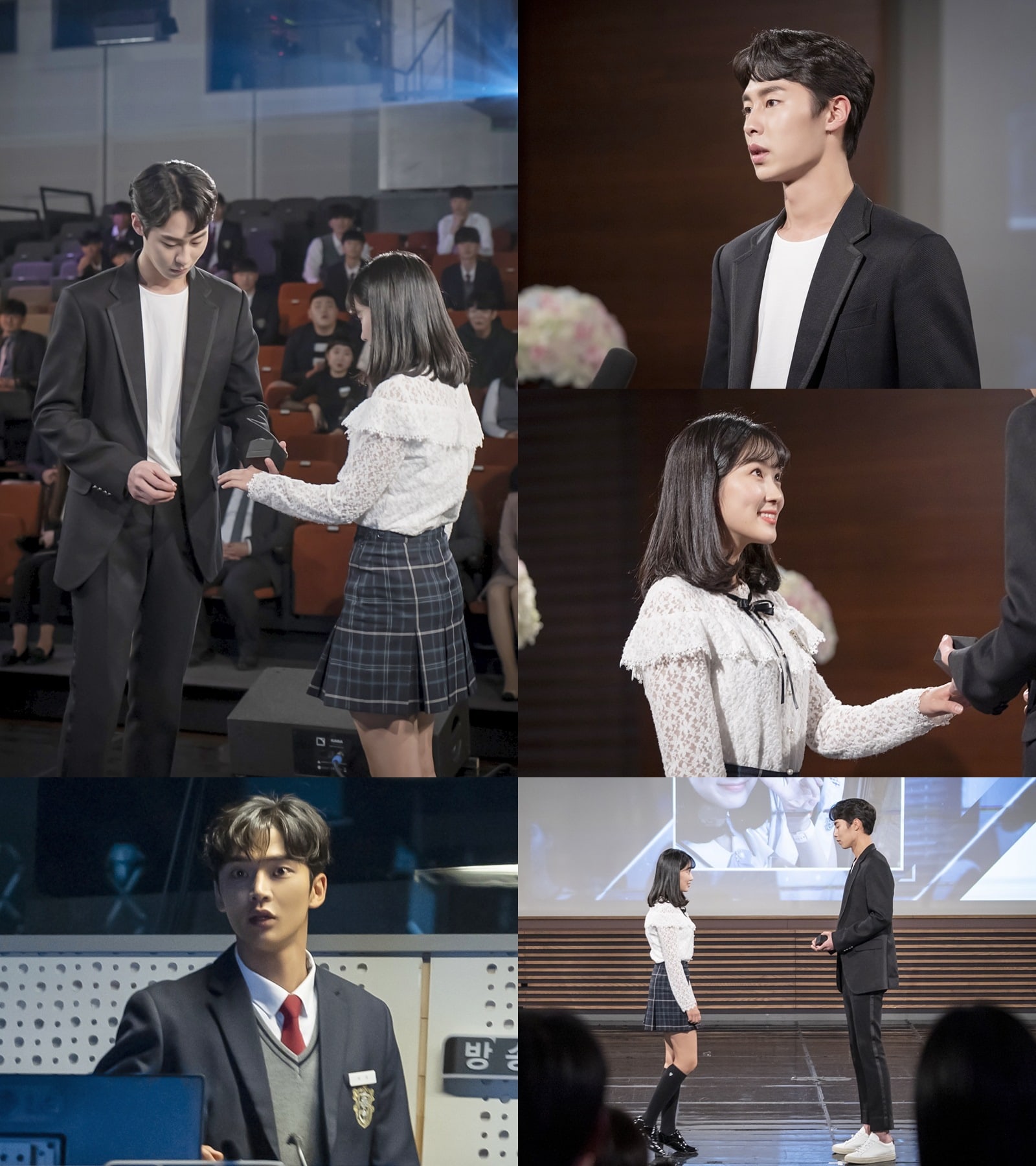 Viewers are curious to find out if the stills hint whether there will be an advancement in Baek Kyung and Eun Dan Oh’s relationship or whether Ha Roo will be able to stop it and change the plot of the manhwa (Korean comic) they are trapped in.