Ailee and Eric Nam showed their love for Amber Liu!

On November 7, Ailee posted a clip of the kiss scene between Amber Liu and Michael Bow in Amber’s latest MV “Other People.”

Ailee wrote, “Amber Liu- Other People. I remember when u showed us this scene to me and Eric Nam and we just died.”

Along with emoticons of a monkey covering its mouth, eyes, and ears, Ailee wrote the same caption in Korean. She added hashtags, “You lose if you’re jealous,” “the ASS grab tho,” “my baby all growed up” and “our Amber is all grown up” in Korean.

Eric Nam joined the conversation with head-exploding and disbelief emoticons. Ailee replied, “lol yo I was watching the video and I was like ‘wait… this is the… is this the… IS THIS IT?? OMG IS THIS THE VIDEO?!?’ n the scene came out again and I died again.” 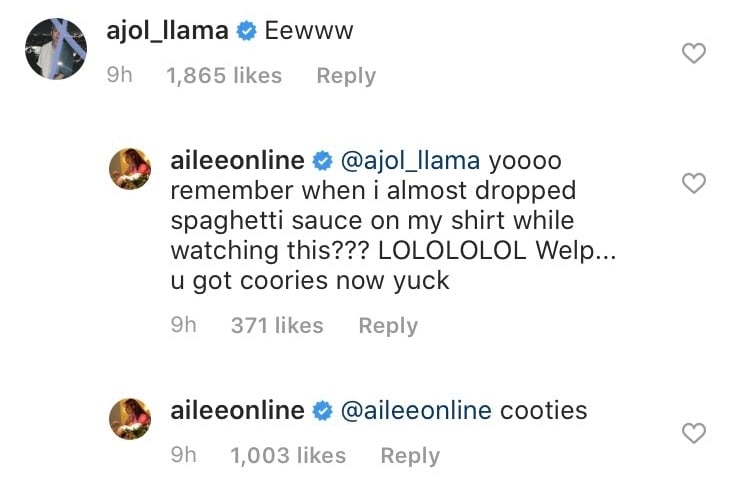 Check out Amber Liu’s MV for “Other People” here!

Eric Nam
Ailee
Amber Liu
How does this article make you feel?