In a new interview, Zico talked about Part 2 of his first studio album “THINKING,” which is set to drop on November 8 at 6 p.m. KST.

Zico revealed that as it is his first album as a solo artist, coming eight years after his debut, “THINKING” gives him a mix of feelings. “It’s a lot of pressure, but I’m also looking forward to it. I’m excited to see how people will react.”

Asked what kind of thoughts he expresses through his album, Zico said, “From beginning to end, the album could be about one person, but it could also be about the people listening to the album. The various sides of myself. People have various personalities too. There’s a rough side to people, an honest side, a weak side, a healthy side. I wanted to portray it all.”

On how his album seems softer than the music he has released before, the artist said, “While preparing the album, I thought that the public would have a clear vision of what they want from me. The tracks I’ve released before were rough, casual, and stylish because that’s what I wanted to show, but that wasn’t the case this time. As I was working on the music and working through changes, my tone from before wasn’t there. I thought putting thoughts to paper was an appropriate process, so this is how the album turned out.”

Introducing his title track “Being Left,” Zico said, “The meaning of ‘being left’ is more melancholy than other words, so I thought there was potential. When a loved one leaves and the one left behind is still left with positive emotions or doesn’t want to let go, I think it can be maintained. So I thought of it like a ‘fresh start.’ I thought of it as a starting point for new love and relationships.” 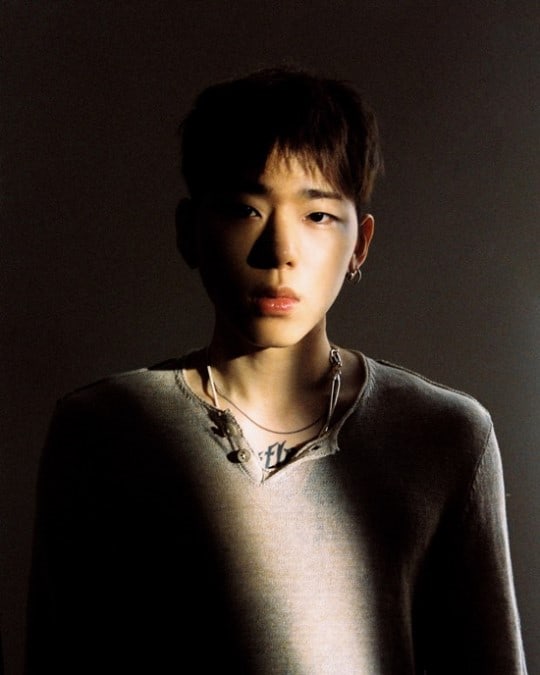 Actress Bae Jong Ok stars in the music video for “Being Left.” Zico said, “The music video that came to mind was typical, so I thought it would be great if I could get an actor to appear in it. Someone who’s not around my age, but a middle-aged actor who could pull off a variety of expression, and Bae Jong Ok came to mind. I didn’t have any expectations, but I thought I’d regret it if I didn’t even try, so I contacted her through my agency, and she unexpectedly accepted. The day she accepted was my happiest day this year.”

When asked if he met the actress in person, Zico said he did. “We talked and discussed various works that we’ve enjoyed, and I thanked her several times for appearing in the music video. And I asked her if she’s heard my music.”

Zico went on to say that while he’s usually not highly satisfied with his work, he is very satisfied with this particular album. “As a listener, I would give it 90 out of 100. I don’t know what others will say, as everyone has their own tastes, but since I made it, I’ll give it 90 points.”

He added that he probably didn’t feel as satisfied previously because his expectations for himself were so high. “This time, I think I was able to rate my own album higher because I’ve let go of a lot of that expectation. And the fact that Bae Jong Ok is appearing in the music video also adds to my sense of satisfaction.”