Crayon Pop’s Ellin has now apologized after being accused of committing a romance scam.

Recently, an anonymous netizen (referred to as “A”) accused a female BJ (broadcast jockey), who was described as a former idol, of scamming him of 1 billion won (approximately $864,070) by pretending to be in a romantic relationship with him. This became referred to as a “romance scam,” which is a form of fraud in which the perpetrator feigns romantic emotion towards a victim to gain their affection and uses the victim’s trust to commit fraud.

Following speculation that the BJ was Ellin, she made a statement on November 3 in which she denied that she’d committed a romance scam and said she’d take civil and criminal action against false rumors.

On November 8, Ellin held an apology broadcast on AfreecaTV in which she apologized for lying.

She said, “A gave me the chance to apologize for a month but I foolishly did not. I wanted to continue working as a broadcaster so I handled it in a rash way by lying. I apologize.”

Ellin said, “I met with him yesterday and we talked, and I found out that that he had known that I’d made a large mistake during the time we were meeting with good feelings, but he had pretended not to.” She went on to apologize for being selfish and making the situation worse by lying about it.

“I have sincerely apologized to A and thankfully he accepted my apology,” she said. “We talked about how we won’t do anything that could harm each other in the future.”

In addition, Ellin addressed rumors that she’s currently dating an actor. “This is not true, we broke up before I became a BJ,” she said. “I know that my explanation of the truth might also seem suspicious because of the mistake that I made, however this is the complete truth.”

“I apologize to everyone who was hurt by me,” she said.”I admit my mistake and apologize to A and to all my viewers. I will self-reflect and live with the intention of making amends with A. I’m sorry.” 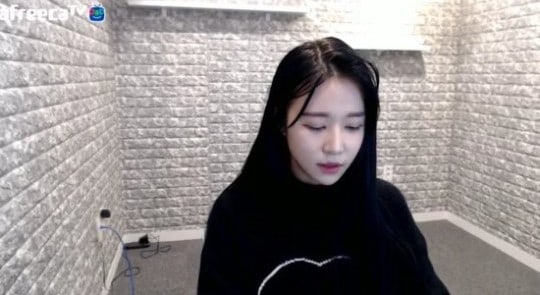 Crayon Pop
Ellin
XPN
How does this article make you feel?