tvN’s “Melting Me Softly” has released stills of Ji Chang Wook and Yoon Se Ah for the upcoming episode on November 9.

In the last episode, Ma Dong Chan (Ji Chang Wook) and Na Ha Young (Yoon Se Ah) had to face once again the boundaries in their relationship. After Dong Chan turned his back on Ha Young and her feelings, she made a deal with Lee Hyung Doo (Kim Bup Rae), who kidnapped Hwang Gap Soo (Seo Hyun Chul). But after Dong Chan pleaded with her for help, Ha Young threatened Lee Hyung Doo with the truth if he didn’t let Professor Hwang go.

Lee Hyung Doo counterattacked with a secret recording he’d made of her voice saying, “Put Go Mi Ran back in the cryogenic capsule. That’s our deal.” As a result, Ha Young had no choice but to tell Lee Hyung Doo what he wanted to hear. However, unable to bear the weight of her secret, Ha Young confessed the truth of what she’d done to Dong Chan. Dong Chan was unable to hide his anger and frustration with her, suggesting that their relationship may now be irrevocably over.

In the new stills, Dong Chan and Ha Young confront each other with tears in their eyes. The scene, which was also hinted at in previews, suggests that this may be the turning point in their relationship in which they learn new truths about each other. 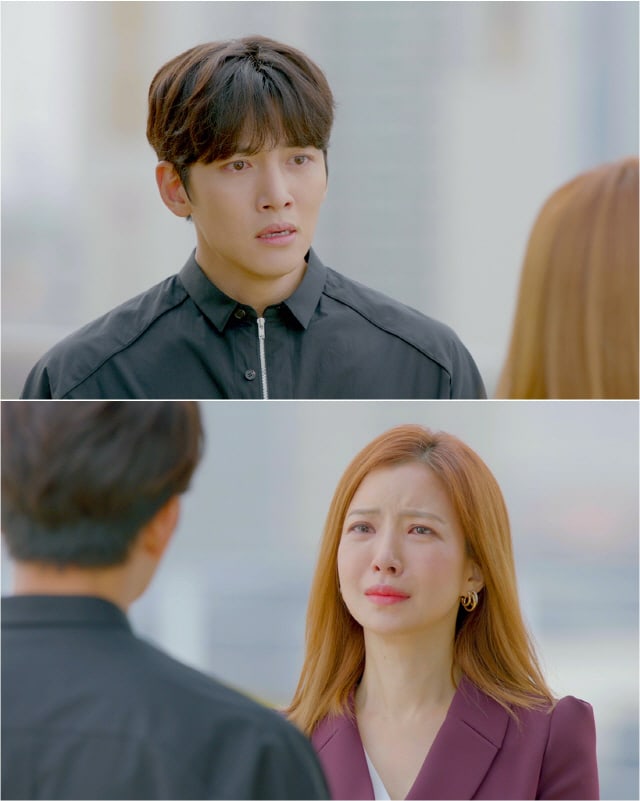 Ji Chang Wook
Yoon Se Ah
Melting Me Softly
How does this article make you feel?