tvN’s “Catch the Ghost” released stills of Moon Geun Young and Kim Seon Ho in an upcoming scene that promises to be both funny and heartfelt.

In the previous episode, seeds of romance began to blossom between Yoo Ryung and Go Ji Seok as their investigation picked up speed. In the new stills, Yoo Ryung can be seen indulging her curiosity toward Go Ji Seok as she secretly follows him to a restaurant. She also tries to call him multiple times. 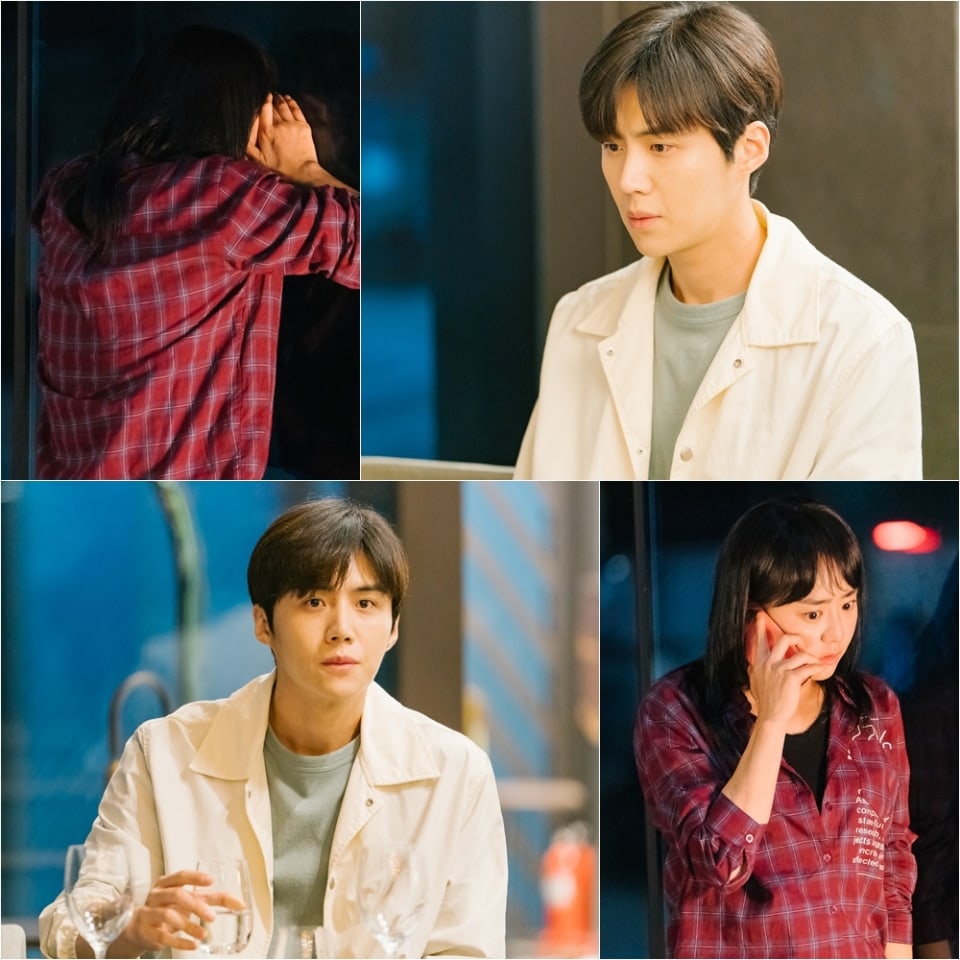