Tiffany shared her thoughts on her music and career on “Good Day New York”!

On November 11, the singer sat down on the FOX5 talk show after performing in Brooklyn the previous night.

Speaking about life on the road for her North American “Magnetic Moon Tour,” Tiffany said she’s staying busy in-between shows on the tour bus and flights. “I haven’t found time to be bored yet, so I mean I guess it’s a blessing,” she said. “I’m just making sure I’m reviewing every single thing that I wanted to take notes on for the next show and I’m like, it’s such an opportunity to grow every single show. So most of the time, I’m just sleeping or reviewing setlists from the last night. I guess ‘booked, busy, and blessed.'”

Tiffany described her routine before going onstage such as stretching, eating, drinking electrolytes, and listening to a “diva playlist” which consists of Aretha Franklin, Whitney Houston, and Alicia Keys. 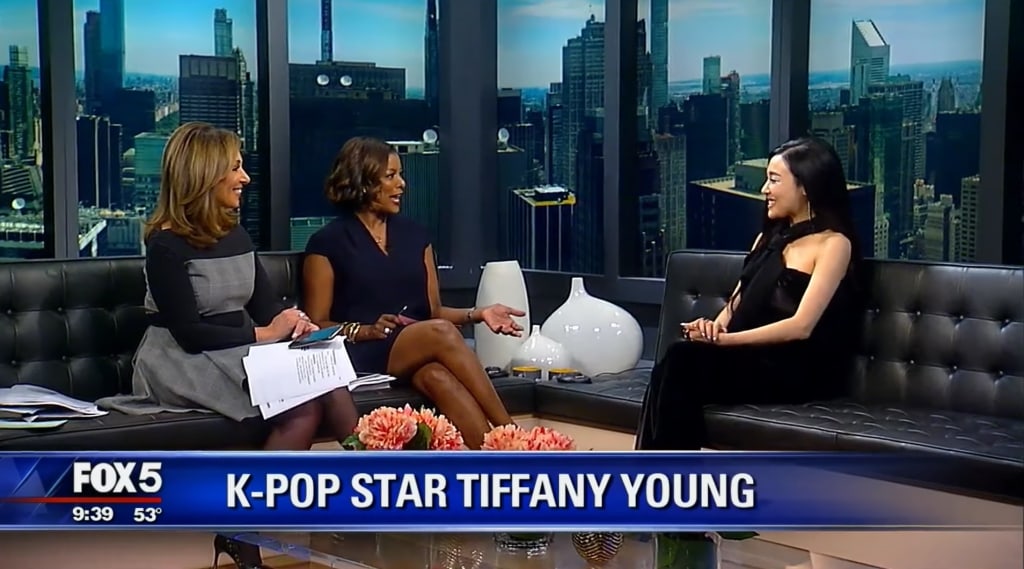 Host Rosanna Scotto then brought up tweets from the singer’s fans talking about how she has inspired them.

“I have been lucky enough to really start talking about things I never got to talk about in my career in K-pop,” explained Tiffany. “The ‘Magnetic Moon Tour’ is all of that. Bringing people closer together and opening up and embracing both light and dark. And during one of my songs, I made sure that I was like, ‘Hey, mental health is such an important thing that, you know, today we’re expected to have these unrealistic expectations and pressure. I’m here to say that it’s okay not to feel okay. It’s okay to want to take a break and just sit still and I want to be there for you the way you’ve been there for me.'”

When asked if she was speaking from experience or people around her, Tiffany replied, “From experience. I think it starts from working on yourself. A lot of my fans are like, ‘How are you doing this every single day?’ and I was like, ‘It really is taking care of my body and soul. And I hope that we can take care of one another and just share.’ It’s all about learning and sharing and making sure you don’t feel alone, and that’s something I have been mentioning on the tour, and it’s just nice to be able to see them every single night and just taking all that energy and positivity.”

Tiffany also spoke about working on music while on tour. “I have to say I’m most inspired after I get off the stage,” she said. “The song I just released, ‘Run for Your Life,’ was created right after the showcase tour earlier this year. So I’m like writing a list of bullet points of what I want to create next, so my mind is always running. But I will be heading into the studio right after tour. I already want to go in.”

The hosts wondered if Tiffany still stays in touch with the Girls’ Generation members, and the singer immediately answered, “Oh yeah! We’re sisters.” She continued, “All of my bandmates are doing solo projects, and I think that was the main reason why I decided to go solo, we were very, very supportive from day one and Girls’ Generation has been about empowering girls, empowering girls. And now, I wanted to take that message and turn it into inspiring young women and men to uplift one another and support one another. There’s room for everybody.” 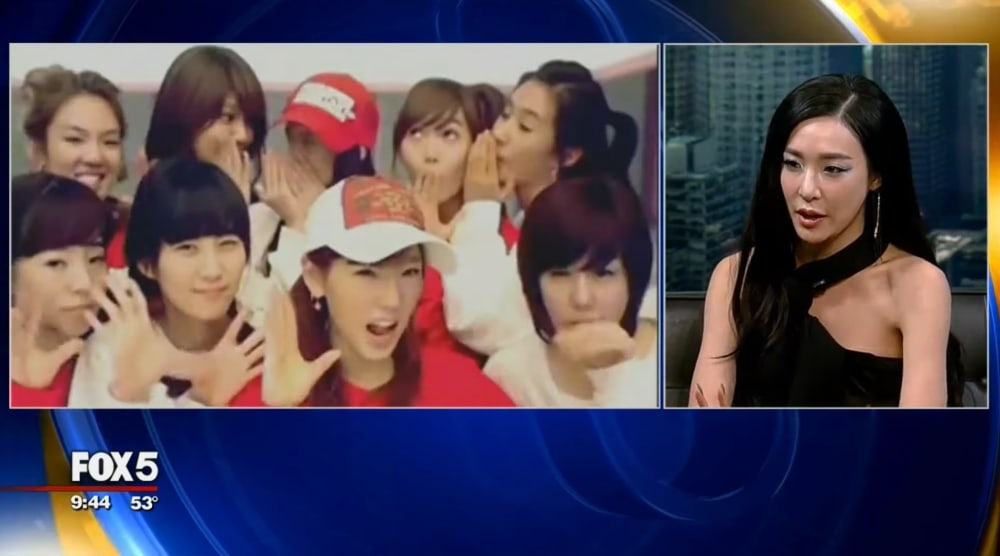 As for a possible reunion, Tiffany stated, “Of course, in time. We have, I have, mentioned this multiple times. We haven’t talked about anything because we were touring and promoting and creating for 10 consecutive years. And right now, we’re just like, some of us want to take a break. I wanted to really come back home, start songwriting, go back to school, and stuff like that. So when the time is right, there is a lot of trust and love between the fans and us, so when the time is right, I’ll be there.”

She concluded, “When I moved back, I went straight to acting school. I wanted to kind of balance and learn new things and just, you know, 10,000 hours.”

Check out Tiffany’s interview below:

Tiffany
Good Day New York
How does this article make you feel?