Lee Jin Hyuk released his first solo album “S.O.L” in November, four months after appearing on Mnet’s “Produce X 101.” “It’s been a week, but it feels as if a lot of time has passed,” began the idol. “It feels like I’ve just been [promoting] this album for six months.”

The UP10TION member’s title track is “I Like That,” and he participated in writing the lyrics to convey the message of flying together with his fans in the future. “Like the title, I love and missed the stage, so I told the story of wanting to fly on the stage together,” he said. “I participated in making the rap because I wanted to make it more meaningful.”

When asked what he paid the most attention to, Lee Jin Hyuk replied, “I hope that it’ll also be comfortable for the public to listen to. Instead of being rushed, I wanted to give off comfortable, fun feelings.” 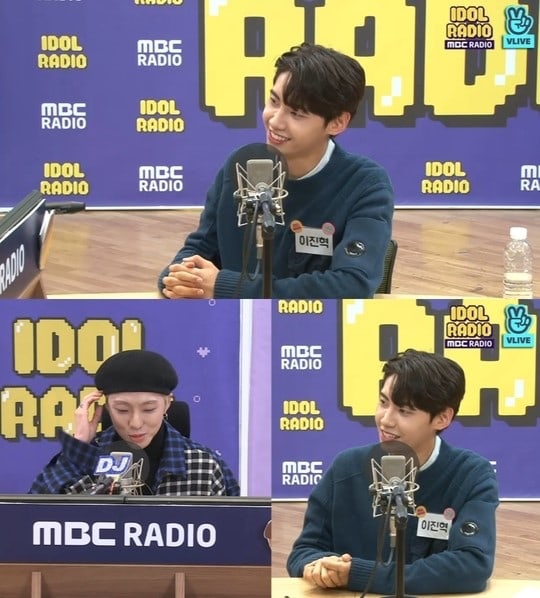 The DJ then asked if he liked being described as “Baby Sun” or “Passionate Boy.” The idol answered, “I like ‘Baby Sun’ the most because it helped make me who I am today.”

Along with music promotions, Lee Jin Hyuk has made appearances on many variety shows. He explained, “I’m appearing as a fixed cast member on tvN’s ‘Don Quixote’ and JTBC’s ‘Five Cranky Brothers’ (literal title).” As for the senior who’s helping him the most during filming, Lee Jin Hyuk said, “All of the seniors help me. If I had to choose, Lee Jin Woo is so funny, including the things he says outside of work. I’m grateful he takes care of me well.”

Stating his goal, he continued, “I want to hear [people say] that Lee Jin Hyuk is good on stage, but also good on variety shows. I want to become someone who is liked by grandmothers and grandfathers. That’s my goal as a variety show personality.”

He concluded, “I’m working hard. I’ll do my best at anything if you call me.”

UP10TION
Idol Radio
Lee Jin Hyuk
How does this article make you feel?