A Heartwarming Ode To Proofreaders: 5 Reasons To Watch C-Drama “Standing In The Time”

Xing Zhao Lin and An Yue Xi pair up in the modern drama “Standing in the Time”! In this drama, Li Xiao (An Yue Xi) is at the cusp of ending her internship at the fashion magazine RESA and is anticipating an offer to stay as a full-time fashion editor. As luck would have it, there are no vacancies for the magazine, but Li Xiao’s outspoken personality catches the eye of a higher-up at Dongfan Publishing who recommends her to the short-staffed proofreading department. Meanwhile, Zhou Zi Mo (Xing Zhao Lin) struggles to make ends meet as a writer, and takes on the unexpected job as a model despite his negative opinion of the profession. 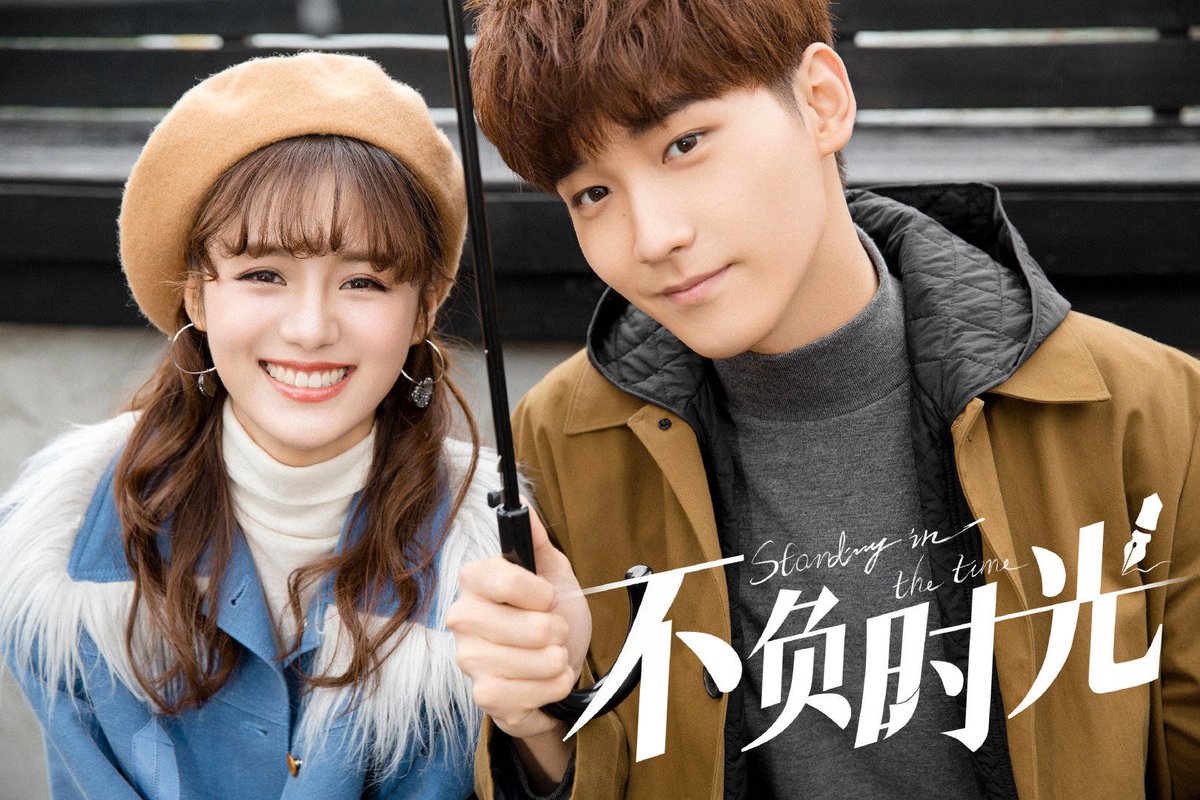 Moreso than a romance, this series focuses on the hardships and issues Li Xiao and Zi Mo face as their original dreams and goals get thwarted and how they must start again with new professions. These changes in their lives provide lovely and heartwarming moments as well as many other reasons to watch this show! 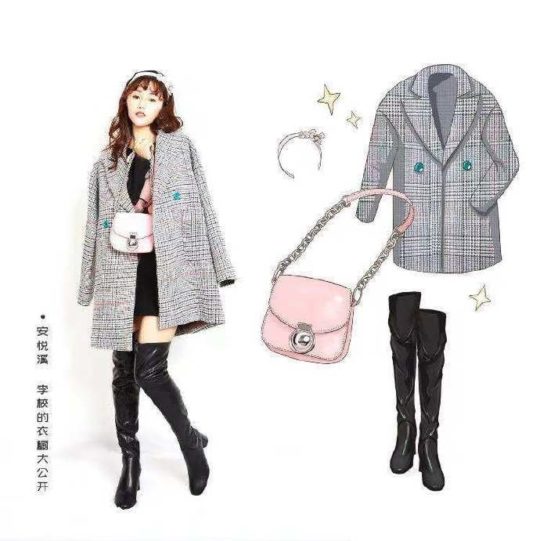 While Li Xiao’s dream job as a fashion editor does not come true, it doesn’t deter her from dressing the part! Li Xiao’s fashion choices reflect her deep interest in trends and her own personal style of matching clothes and accessories together. Her new outfits every episode are definitely one reason to keep your eyes glued to the screen. She adorably pairs up cute styles that are perfect to add as inspiration to your own lookbook. 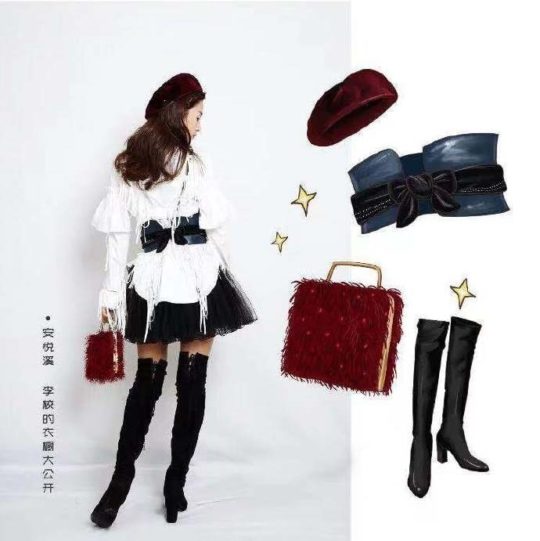 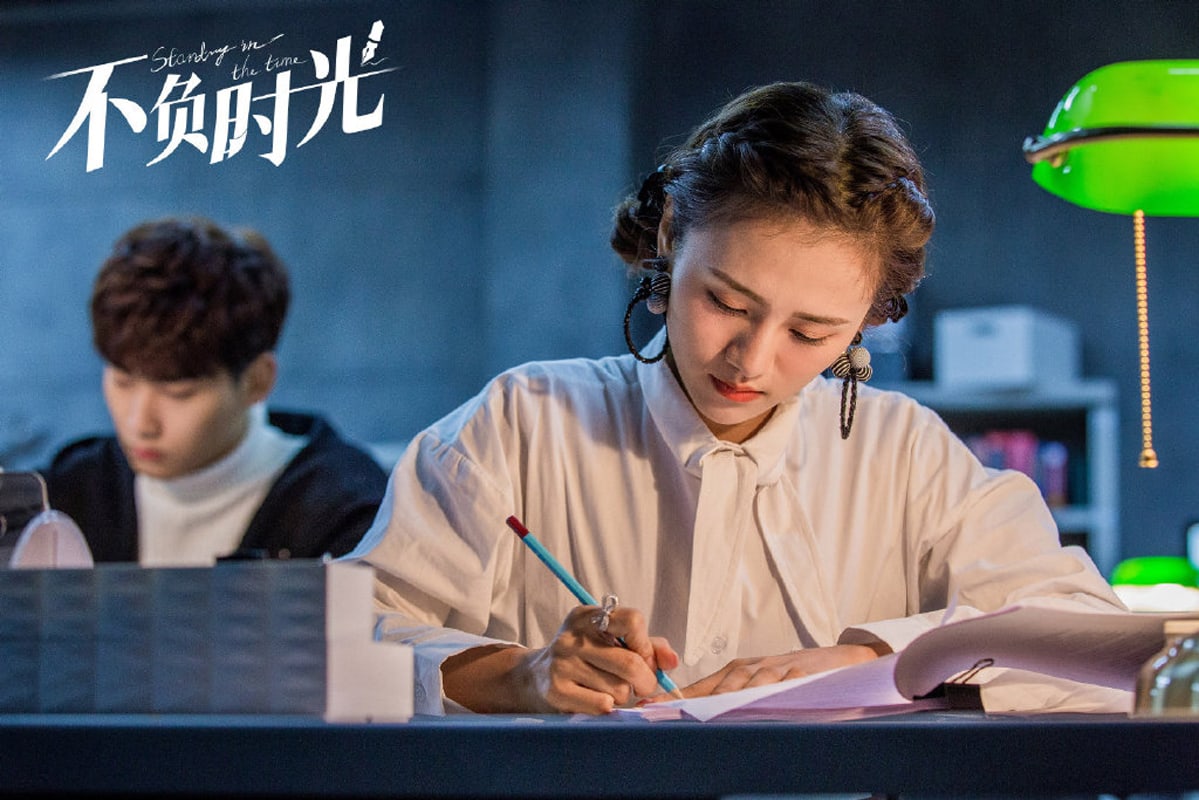 One of the best decisions this drama makes comes from its focus on depicting the characters’ downfalls and how they evolve as people. Li Xiao comes off as a brash person who very rarely takes into consideration the atmosphere or the situation. As someone who absolutely has to speak her mind, this gets her in trouble and in the bad graces of others. The gradual changes occur as she learns from others, and it’s done in a wonderful way where she doesn’t lose her charms or who she is essentially in that process. 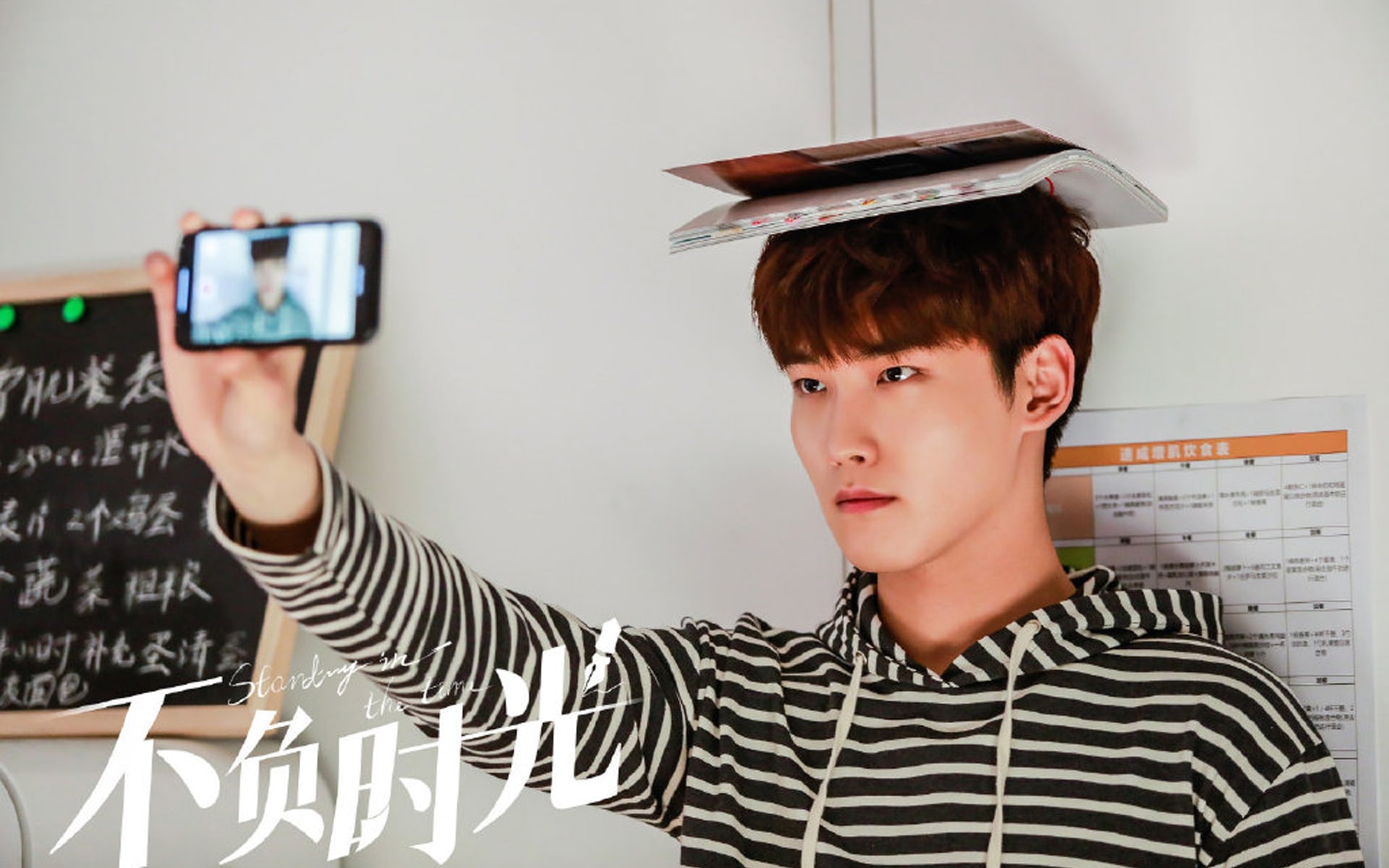 Zi Mo is a very flawed character with external conflicts with his editor Wu Yu (Cheng Hao Feng), his mentor for modeling Xia Fan (Zhu Yan Man Zi), his family, and even at times with Li Xiao. He makes rash decisions and sometimes lets his emotions lead in his decisions, which often means he neglects work and other responsibilities. On top of that, he deals with internal conflicts over his writing and his modeling job. Zi Mo is probably the most interesting character because he constantly takes steps to change and evolve as a person. It’s personally rewarding to see his growth considering just how complex his issues are. 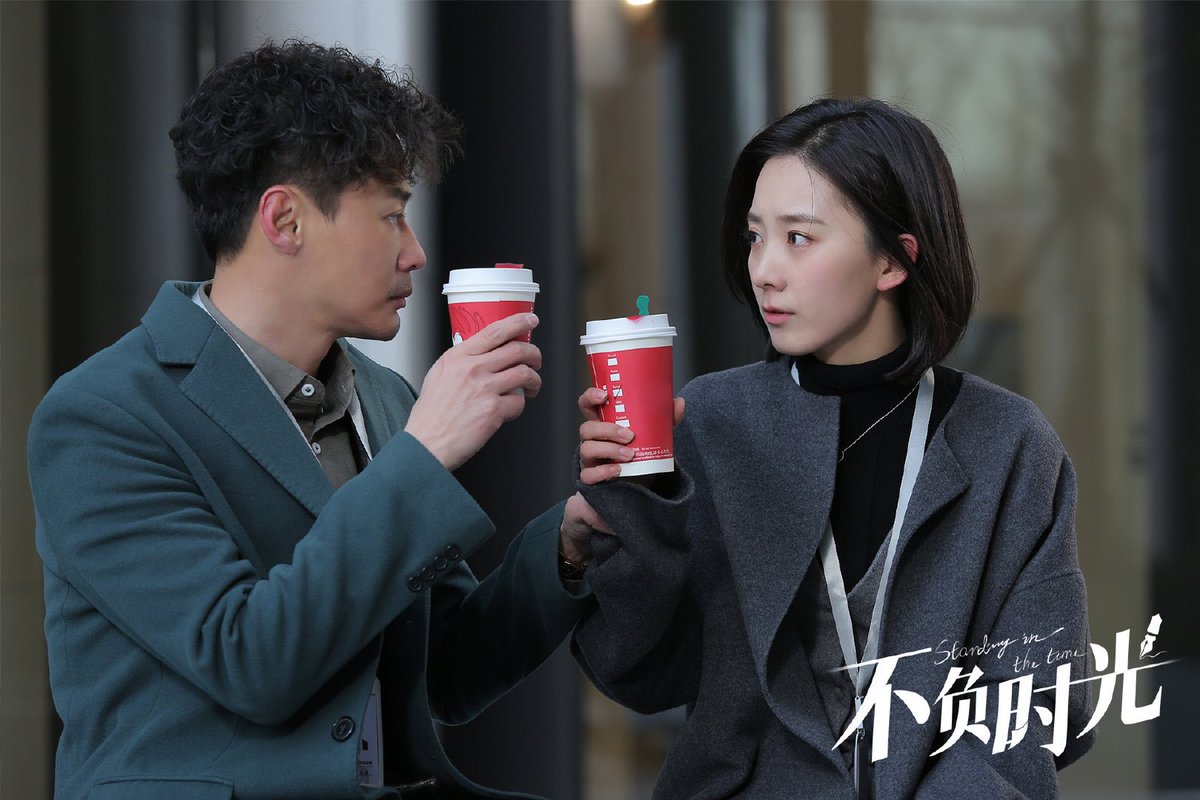 Xia Fan is Li Xiao’s best friend and is the one who recruits Zi Mo as an amateur model. She starts off as a fashion editor who looks the least like a fashion editor. Xia Fan grows exponentially in her profession over the course of the series, but the center of her arc focuses on her closed-off nature. As her story unveils, the show offers a clearer look into her persona and why she does what she does.

I really love that this drama gives everyone a background story and even shines a light on minor characters. It makes the drama come alive as these people feel real. While it may be frustrating to see these characters fall back and stumble numerous times throughout, it also becomes much more worthwhile to watch as they learn and try again in their endless undertakings.

Just the right amount of romance 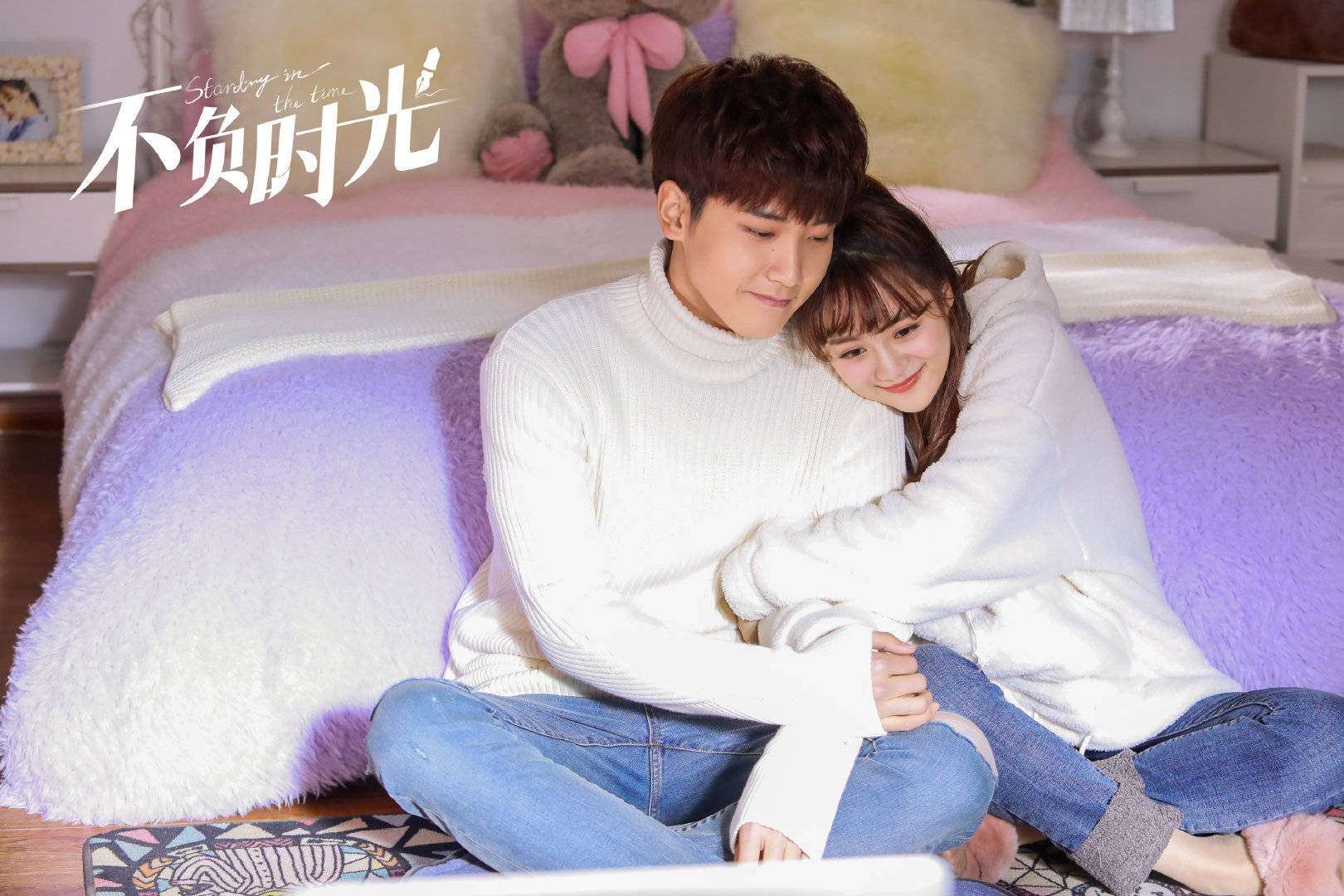 A highlight of this drama comes from how well they weave in the romance in relation to everything else that is going on in the characters’ lives. Zi Mo and Li Xiao’s romance forms a deep connection not through cute heart-fluttering scenes but from their consistent support and encouragement of each other when they’re put down by failed endeavors. By having a romance that acts more as a supplement to the main story of their work lives, it gives plenty of situations that they must weather through and is a beautiful portrayal of a loving relationship. 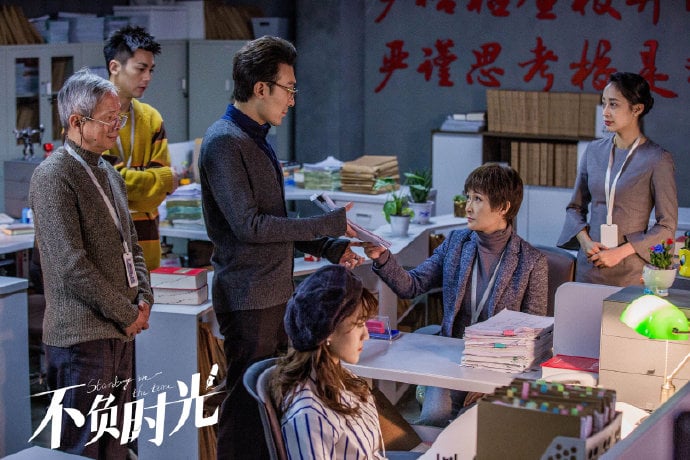 What makes this drama spark is in the moving narrative of how earnest and sincere these proofreaders are to their job. Proofreading may seem like a boring job to those who don’t know much about it, but this show takes viewers excitingly through Li Xiao’s unorthodox approach to proofreading and the department’s dedicated and thorough process as the last line in publishing.

Through Li Xiao’s journey, we get a glimpse into the personal lives of the authors and how that reflects in their works as well as plenty of other heartwarming scenarios. One of the most standout segments and a personal favorite of mine belongs to Li Xiao’s mentorship under a former editor, Wu Weimin. In this particular story, Li Xiao takes viewers along the process of how proofreaders cross-reference, read dozens of books to fact-check, and take thorough notes to proofread a non-fiction book. It’s in this particular episode that Li Xiao realizes just how great and underappreciated this kind of profession is. It’s an absolutely moving episode!

Realistic dilemmas about the workplace 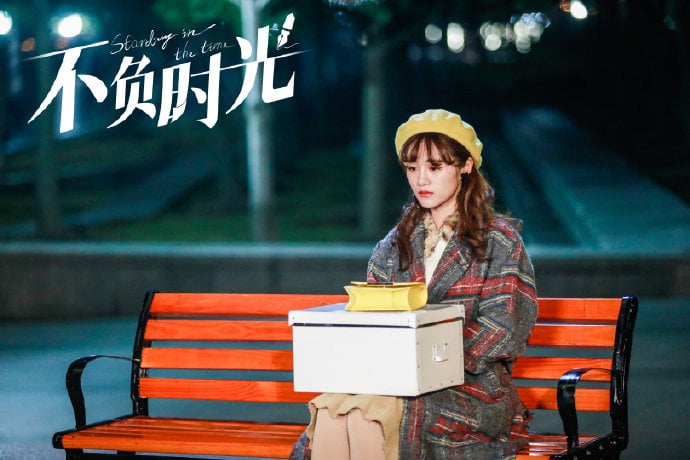 Outside of Li Xiao’s and Zi Mo’s life plans taking a side-step, the drama poses plausible workplace situations to their characters. Haochen, a proofreader whose job was arranged by his mom, did not want to go into the field. He changes his perception of the job but questions whether he likes it now that he has become used to it or whether the job gives him a sense of achievement which makes him enjoy it.

Then there’s Emmy, the front-desk receptionist. She changed jobs as a primary school teacher to her current job as a front-desk receptionist because of her parents’ disapproval. She contemplates the idea of settling with the company job and her life direction. And Li Xiao also faces the ultimate question of staying in the proofreading department or leaving to work as a fashion editor.

Again, I love that the drama centralizes itself on work because it showcases all these youths who have strong determination but at times give in to the pressures of others or the way life turns out. They go through anxiety, rejections, and various upsets that are presented to them. Watching them navigate through all of these situations connects to me on a relatable level and adds to one of the many charming aspects of this show. 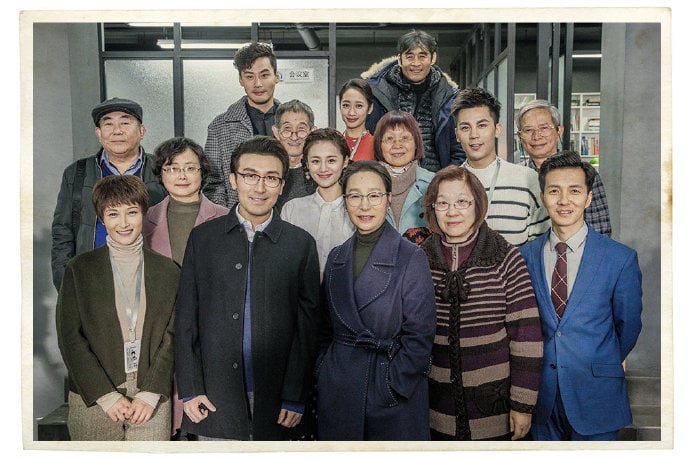 “Standing in the Time” delves into the characters’ hesitations and confusion as well as their rookie mistakes as they falter and come back up again. The flawed characters may not be perfect by the end of the drama, but they strive to improve and continue heading towards the paths that they pave. It’s been a pleasure following these characters struggling and maneuvering through work, romance, and their own personal baggage.

Overall, it’s a drama with plenty of sentimental narratives and great character arcs. While the drama’s tone is more serious, it offers fantastic stories and is a lovely ode to the unsung heroes of publishing! 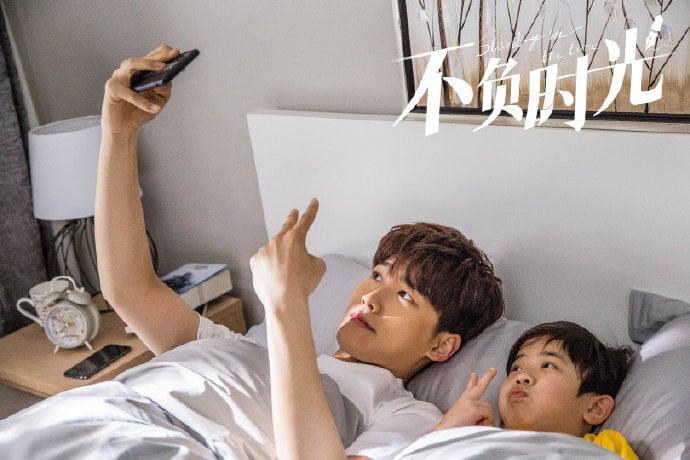 Watch the first episode of “Standing in the Time”:

Currently watching: “The Gravity of a Rainbow”
Looking forward to: “Three Lives, Three Worlds, The Pillow Book,” “A Murderous Affair in Horizon Tower,” and “Ordinary Glory”