“Chocolate” is a new melodrama that will tell the love story of Lee Kang, an emotionally closed-off neurosurgeon (played by Yoon Kye Sang), and Moon Cha Young, a warm and compassionate chef (played by Ha Ji Won). After reuniting at a hospice, the two slowly begin to heal each other’s wounds through cooking. Jang Seung Jo will be taking on the role of Lee Joon, a cocky neurosurgeon who can’t stand to lose.

Yoon Kye Sang’s poster features the actor posing against the backdrop of the beautiful scenery of Greece. The phrase “My yearning made me cold” foretells the loneliness and hurt inside of Lee Kang, who is as cold as a scalpel, but holds a deep warmth inside. 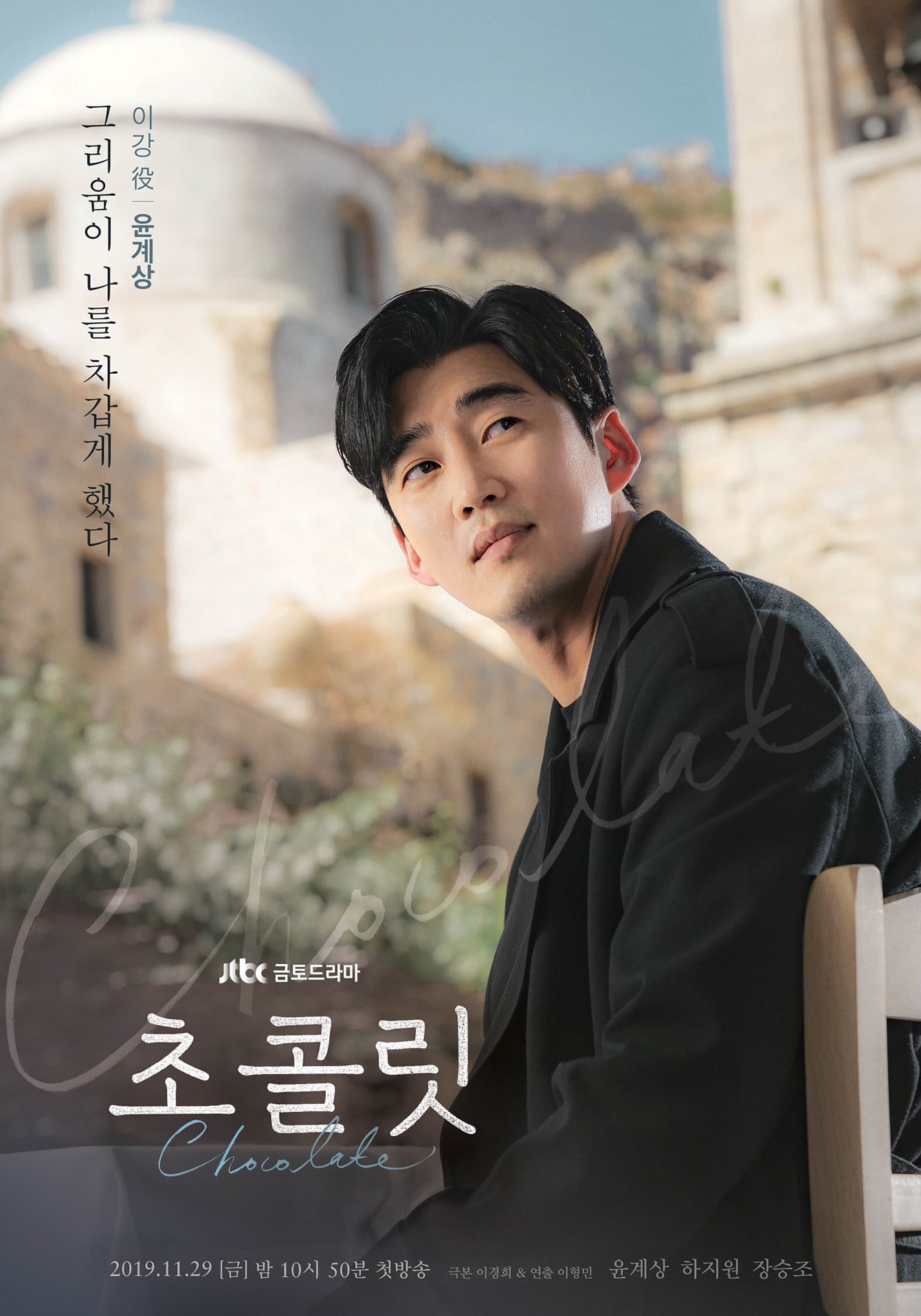 Ha Ji Won smiles brightly as the character Moon Cha Young, and her poster features the phrase, “Waiting made me excited.” 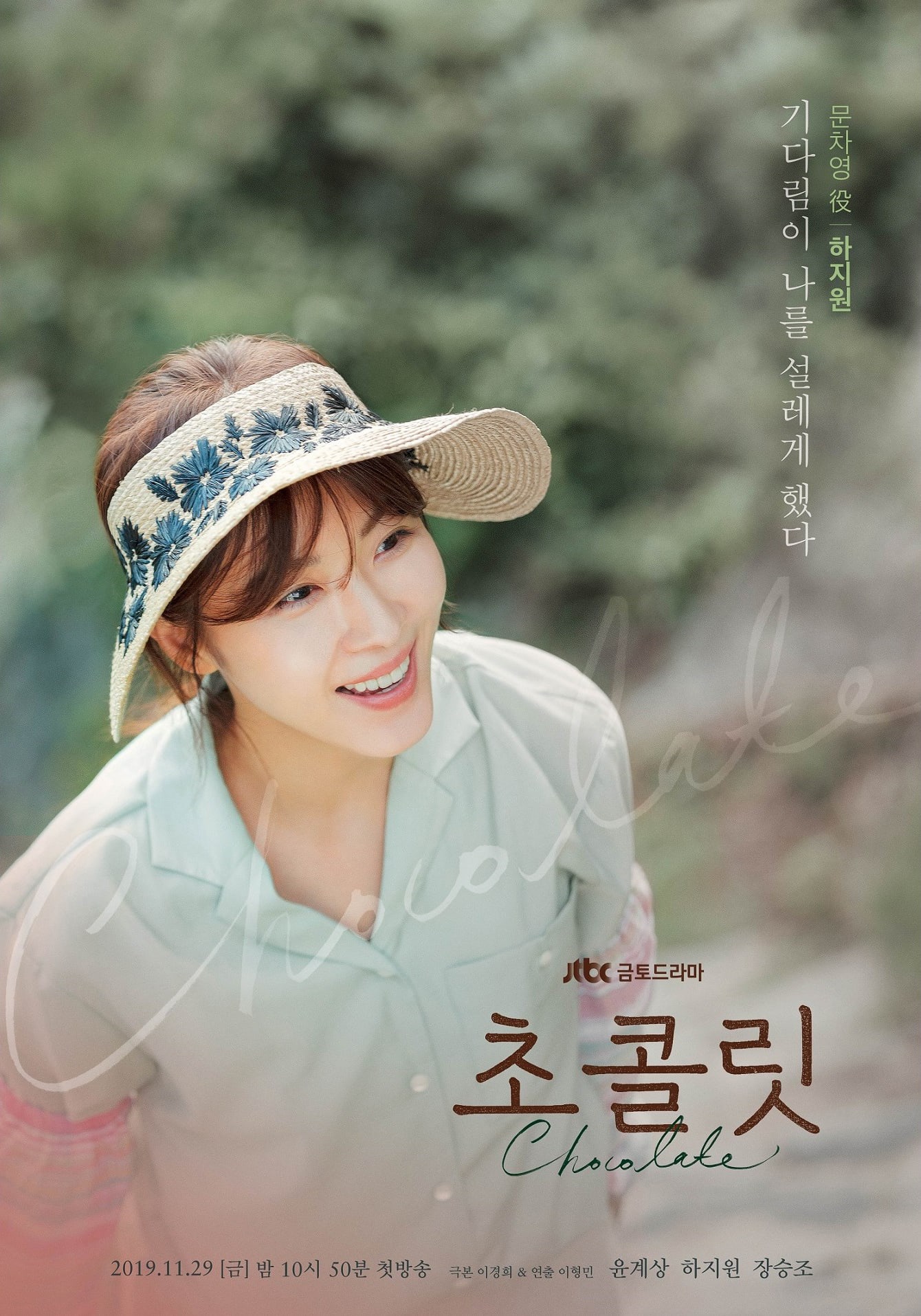 Jang Seung Jo appears in his character poster as Lee Joon, the older cousin of Lee Kang and a genius neurosurgeon filled with fiery pride. His furrowed eyebrows and downturned lips hints at the reality of his life. In addition, the phrase, “Fear made me strong” also fuels curiosity into Lee Joon’s situation as he connects with Lee Kang again. 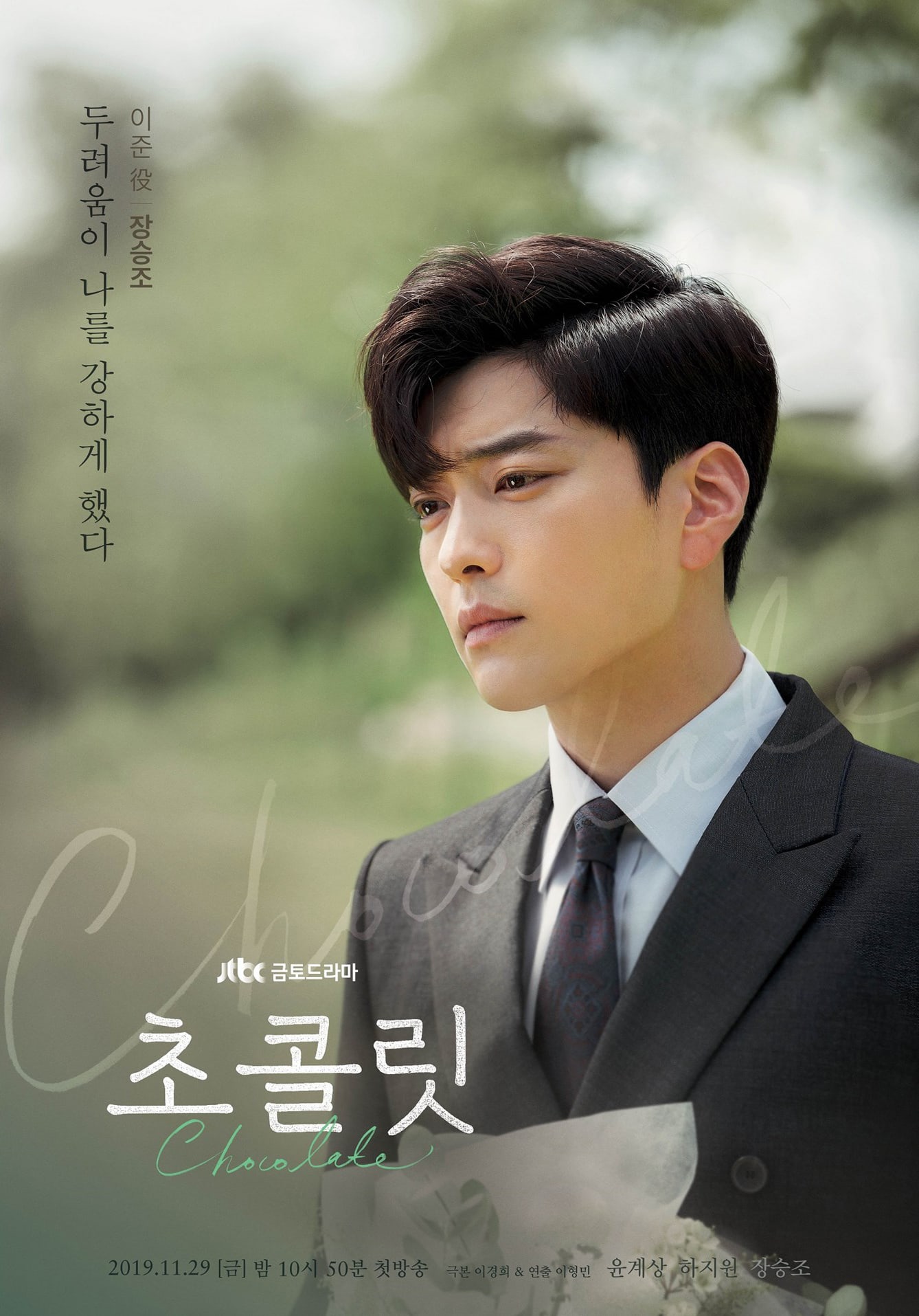 The production crew stated, “The deep and detailed performances of Yoon Kye Sang, Ha Ji Won, and Jang Seung Jo were deeply melted into the characters of Lee Kang, Moon Cha Young, and Lee Joon. They captured emotions beginning with a warm “healing” to a deep sense of romance. Viewers will be able to feel the essence of human melodramas [through the drama].”

“Chocolate” will premiere on November 29 at 10:50 p.m. KST. In the meantime, check out a new teaser for the drama here!