On the November 12 broadcast of MBC Radio FM4U’s “Bae Chul Soo’s Music Camp,” Lee Young Ae appeared as a guest and shared thoughts on music and her career.

Lee Young Ae requested Anne Marie’s “2002,” saying, “This is a song that my daughter likes. Since it’s my first time making an appearance after a long time, my family members requested songs. It’s been a really long time. I came on the radio in my late 20s or early 30s. I was briefly a special DJ 20 years ago.”

She continued, “My last film was ‘Lady Vengeance’ in 2005. Since then, I appeared in dramas and indie films, but it’s my first time in 14 years appearing in a feature film. It somehow ended up that way.”

Lee Young Ae will be starring in “Bring Me Home,” which is a crime thriller about a woman who goes on a search for her son after receiving a tip about a sighting of her son, who’s been missing for six years. About choosing this as her comeback film, she said, “The film was a bit warm. I thought that it would be scary because it’s a thriller, but there was humanity in it. It’s humanity inside of a thriller.”

She added, “It’s similar but different to ‘Lady Vengeance.’ ‘Lady Vengeance’ has a strong personality and the director’s personality is strong as well. This film is interesting because it has incidents and people you can see in real life. I can confidently say that you’ll immediately immerse into the film because of the story rather than how Lee Young Ae will transform.”

“I read the script first,” she explained. “Since I’m a mom now, it was a story about a mom looking for her lost son and conflicts that arise after meeting strange people in strange places. I thought a lot about it because my heart hurt. I’m an actress, but it still weighed on me. But the format of the film was so good and the emotions lingered for a while, so I thought that it had the cinematic quality required for me to stand in front of my fans after a long time.”

Describing her debut, she said, “I didn’t think about becoming an actress from the start. I posted a photo and got to film an ad as a part-time job during the break of my second year of college, and it became my debut. I was late to acting. I started after graduating and contemplating. I was 23 years old. I did that because I wanted to graduate college and try acting too. I was the busiest in my 20s. After deciding to become an actress, I didn’t rest and appeared in three to four projects because I didn’t want to be trapped inside of ‘a woman like air’ [tagline for her cosmetics ad]. That became the springboard for how I was able to appear in ‘Jewel in the Palace.'” 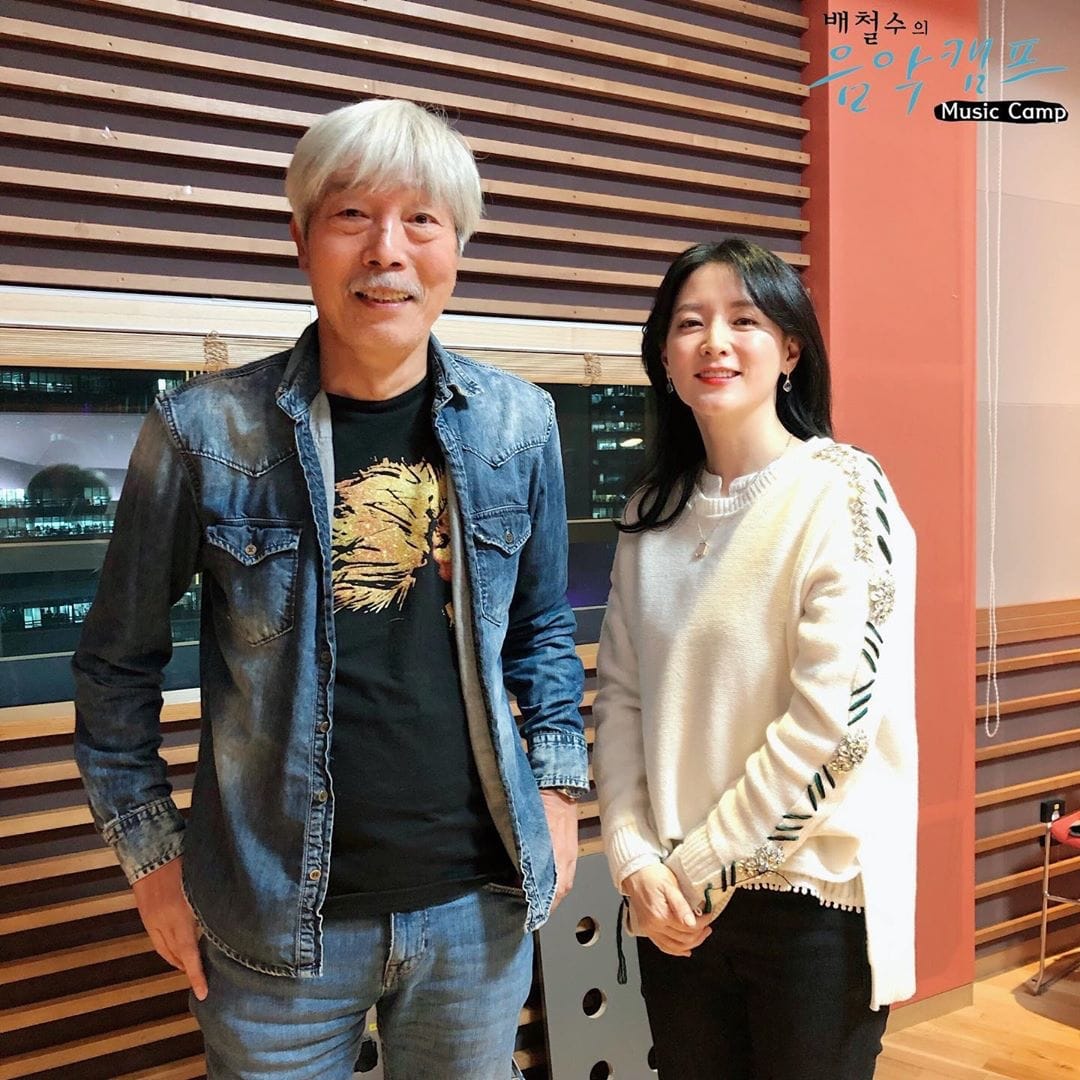 “I didn’t think that ‘Jewel in the Palace’ would be successful,” stated the actress. “I did it thinking that I’d at least learn how to cook. Because it was telling the story of a woman from history, I put more emphasis on that. I then appeared in ‘Lady Vengeance,’ and it was different from my character in ‘Jewel in the Palace.’ I wanted to change the pattern of my acting. I received a lot of love through ‘Jewel in the Palace,’ but I didn’t want to be trapped inside of a stereotype. I tend to settle when I’m not acting, but I don’t want to settle as an actress and want to challenge myself. I have that kind of ambition. I was lucky.”

During her hiatus from acting, Lee Young Ae focused on her family life. “Parenting is really hard,” she said. “I have so much respect for all of the mothers in the country.” She continued, “I was so thankful. After receiving love from the drama ‘Jewel in the Palace’ and the film ‘Lady Vengeance,’ I thought that I shouldn’t be ambitious and I shouldn’t expect anything more. I actually think that not being ambitious, getting married, and creating a family built my foundation. I still don’t think that I’m late. I want to do a good job. I want that kind of balance as a mother of a family which I created belatedly, as a wife, and as an actress. I want to match that balance with the same kind of energy. It could be overly ambitious and it won’t be easy, but I want to live harmoniously.”

She continued, “I felt sorry to my children when filming. They look for me a lot because they’re nine years old. My husband helped out a lot. I trust that there will be good results since we helped each other a lot. I want to say that working moms are amazing and stay-at-home moms who only parent are also amazing.”

Lee Young Ae attended BTS’s latest concert in Seoul and shared a photo on her social media account, which went viral online. “I didn’t know that it would be such a hot topic,” she said. “I quietly posted it and realized that BTS is really popular. I should’ve covered announcer Shin Ah Young’s face, so I’m sorry. They’re really popular. I really like music. I like everything including traditional Korean music.” 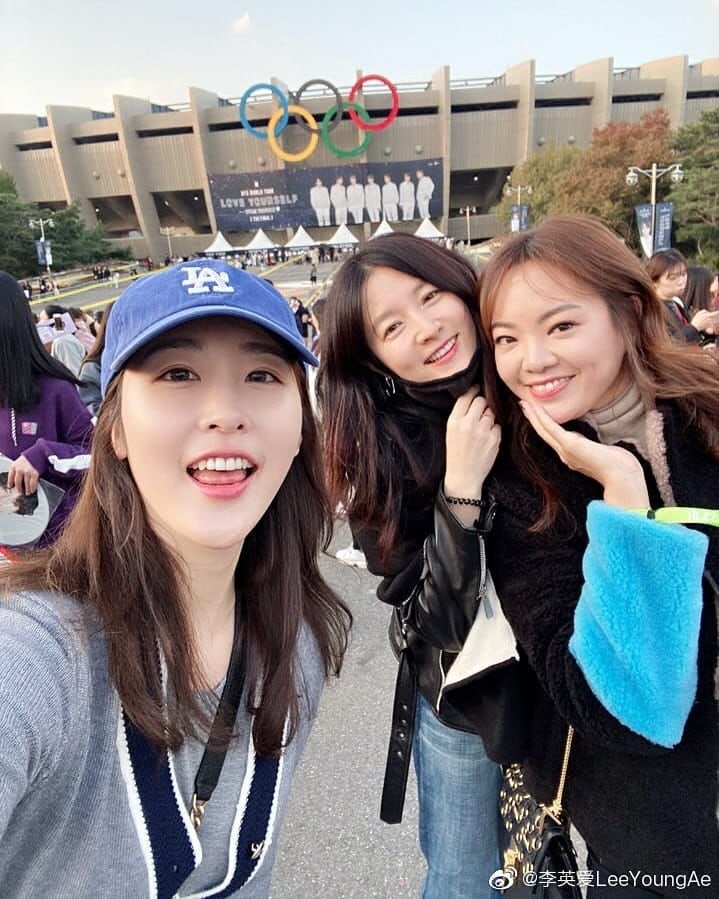 Requesting Luther Vandross’s “Dance With My Father,” she said, “I chose this with personal motives. It’s a song my husband likes.” She concluded the broadcast with Adele’s “Make You Feel My Love” as the final song. Lee Young Ae added, “I hope I can see you with a good project. I want to promote actively.”