Fans have got their first look at B.A.P’s Youngjae in an upcoming drama!

The drama “9.9 Billion Woman” (literal title) is about a woman named Jung Seo Yeon (played by Jo Yeo Jeong) who goes up against the world after coming across 9.9 billion won (approximately $8.5 million) in cash. Kang Tae Woo (played by Kim Kang Woo) meets her while uncovering the truth behind the death of his younger sibling.

On November 12, the drama released stills of Youngjae as Kim Suk. Although he appears like an ordinary part-time worker at Kang Tae Woo’s internet cafe, Kim Suk is actually a computer expert who has been famous for his hacking abilities since his middle and high school years. He’ll also serve as Kang Tae Woo’s reliable assistant as he searches for the truth behind his younger sibling’s death. 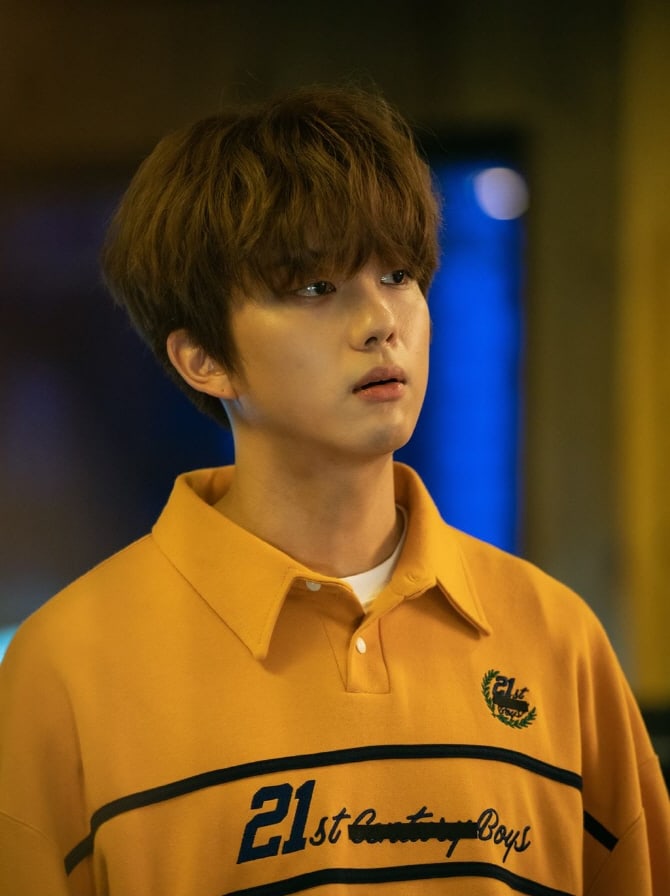 Youngjae debuted as a member of B.A.P in 2012 and made a comeback as a solo artist in October with “Forever Love.”

The idol-actor said, “I was nervous because it was my first day of filming, but I was able to complete it without feeling tired thanks to Kim Kang Woo, the director, and staff who treated me well. I want to show you a better appearance on set from here on out.”

B.A.P
Yoo Young Jae
How does this article make you feel?