“Chocolate” is a new melodrama that will tell the love story of Lee Kang (Yoon Kye Sang), an emotionally closed-off neurosurgeon, and Moon Cha Young (Ha Ji Won), a warm and compassionate chef. After reuniting at a hospice, the two slowly begin to heal each other’s wounds through cooking. Jang Seung Jo will be taking on the role of Lee Joon, a cocky neurosurgeon who can’t stand to lose.

In one of the newly released stills, Jang Seung Jo exudes a sharp aura in his doctor’s coat. In another picture, he showcases a softer and calmer look in his dandy blazer. Already, the viewers are curious to see Jang Seung Jo’s wide acting spectrum in the upcoming drama. 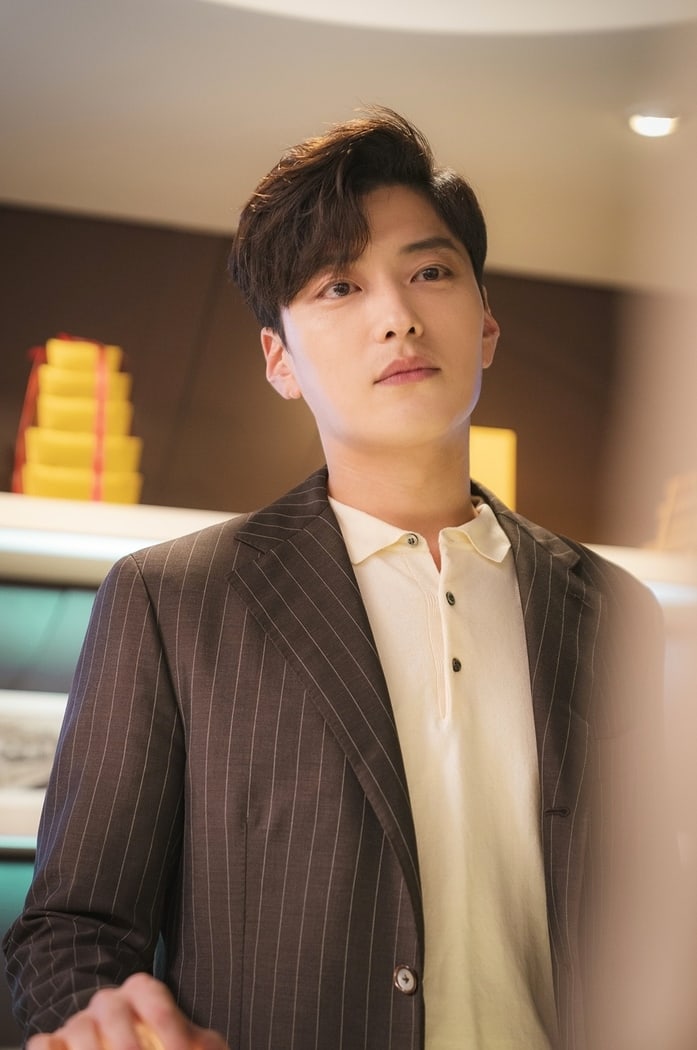 Jang Seung Jo’s character Lee Joon is Lee Kang’s older cousin and a genius neurosurgeon who was called a prodigy since a young age. He has a fiery pride and a strong competitive nature that makes him hate to lose. Starting from their childhood, Lee Joon and Lee Kang have continuously competed against each other as fated rivals.

The actor picked out points to look forward to about his character in “Chocolate.” He shared, “Rather than running towards a direction he chooses for himself, Lee Joon is a person who runs towards the goal decided on [for him] by the adults. Although he loses his direction from time to time, he’s someone who is trying to find his true self.” Jang Seung Jo added, “I want to do a good job of portraying the process in which the sensitive and sharp Lee Joon changes little by little due to Lee Kang and Moon Cha Young. I’m planning on [having the character] change naturally and comfortably like the gradation of a color.”

Finally, Jang Seung Jo expressed his excitement to be working with the cast and production team, sharing, “Being able to work with scriptwriter Lee Kyung Hee, director Lee Hyung Min, Yoon Kye Sang, and Ha Ji Won provided plenty of reason to select ‘Chocolate.’ I want to make a nice [project] with the great people I’m working together with.”

“Chocolate” is set to premiere on November 29 at 10:50 p.m. KST. Watch the latest teaser for the drama here!

Jang Seung Jo
Chocolate
How does this article make you feel?