Yoon Shi Yoon plays a man named Yook Dong Shik in the drama, a timid pushover who happens to witness a murder. While attempting to flee the scene, Dong Shik suffers an accident that causes him to lose his memory. When he wakes up and discovers the murderer’s diary in his hands, Dong Shik becomes convinced that he is a serial killer.

Meanwhile, Park Sung Hoon plays the real psychopathic killer, and the real owner of the diary, Seo In Woo. 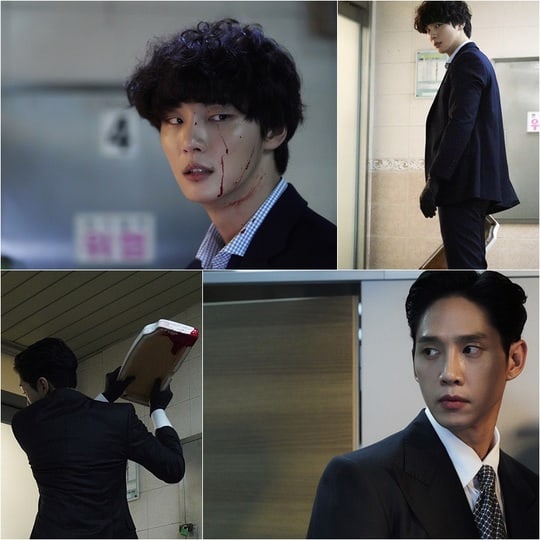 In the new stills released on November 13, Yoon Shi Yoon and Park Sung Hoon appear in a near identical scene, as they give a cold stare at someone and wield a blood-covered toilet tank lid with gloved hands, raising anticipation for the actors’ transformation into psychopathic killers as well as Yoon Dong Shik’s dismay when he finds out it was a misunderstanding.

Watch the trailer for “Psychopath Diary” below!