Eun Dan Oh (Kim Hye Yoon) and Ha Roo (Rowoon) had expressed their feelings for each other and started a sweet relationship. However, their happiness was short-lived as Eun Dan Oh’s heart problems have become worse. As her pain continues to increase, she must take more medicine to combat the symptoms, and she finds herself in the hospital when the scene changes more frequently.

Near the end of the episode that aired on November 7, Eun Dan Oh saw herself facing a dangerous situation during her surgery in the future. Not knowing if she’s going to survive or not, Ha Roo holds onto her with a heavy heart.

The new stills that have been released on November 13 show Ha Roo in an unfamiliar situation. He has a doctor’s gown on as he tries to find something in a doctor’s office with the lights off. Meanwhile, Eun Dan Oh is lying on an operating table, hinting that things are dire for the pair. 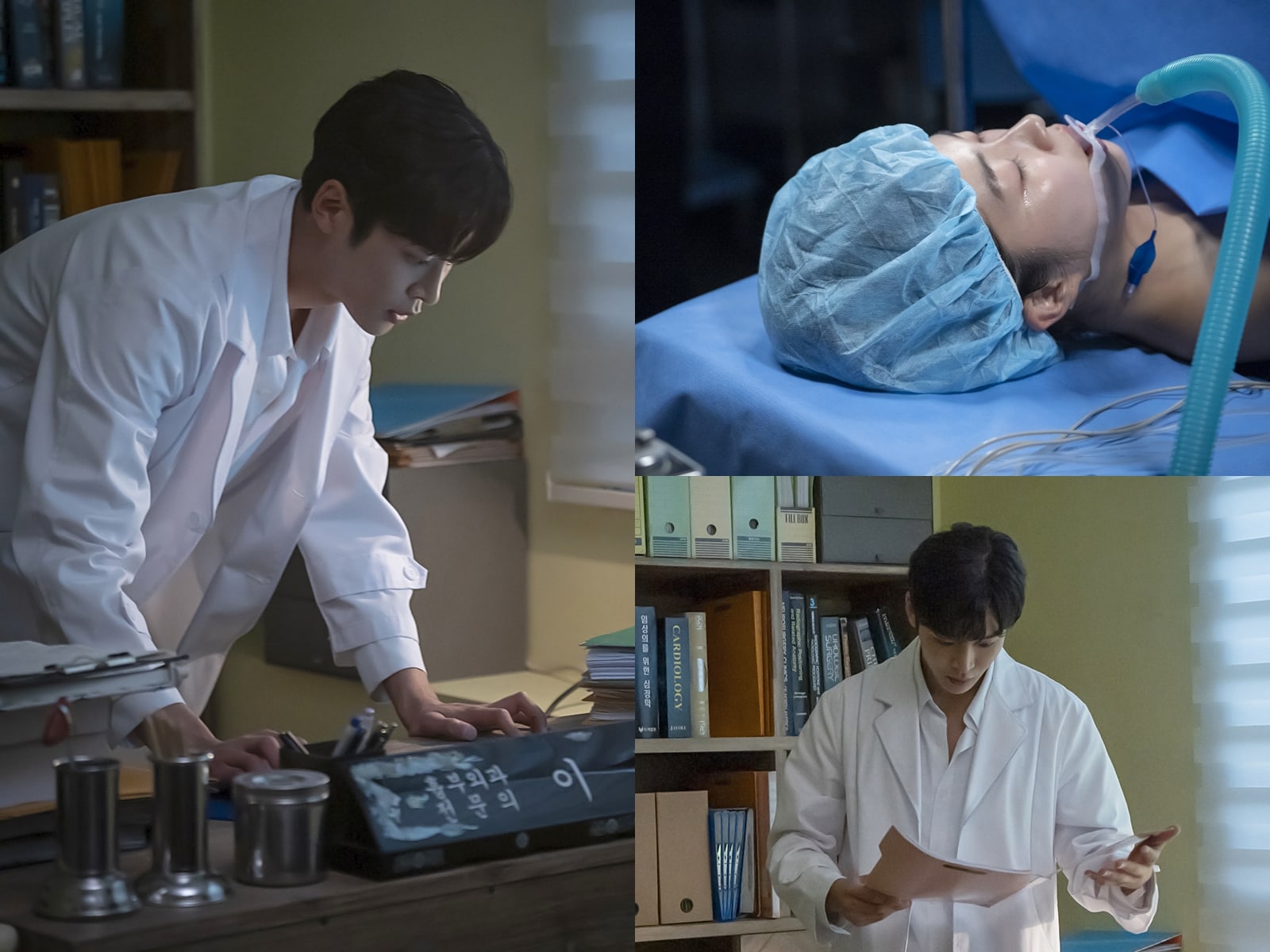 What Ha Roo is looking for and whether it can change Eun Dan Oh’s fate is set to be revealed in the upcoming episode, which will air at 8:55 p.m. KST on November 13.