FTISLAND’s Minhwan and his wife Yulhee got a taste of their future life with twins.

On the November 13 episode of “Mr. House Husband,” the couple and their son Jjangi visited the home of announcer Kim Hyun Wook who has twins. In August, Yulhee and Minhwan announced that they’re expecting twins.

Kim Hyun Wook gave them advice along with baby products such as hair bands and clothes. Watching his hectic lifestyle taking care of his twins, Yulhee and Minhwan said, “Is this what our house will look like in the future?”

The announcer replied, “Raising twins is twice as hard as ordinary parenting. Twins move about as if they’re one. Mealtimes are a battle. You have to spend twice as much money since you have to buy two sets of toys.” He added, “I regret not having children earlier. Since I had twins later in life, I can feel that my physical endurance is lacking.” 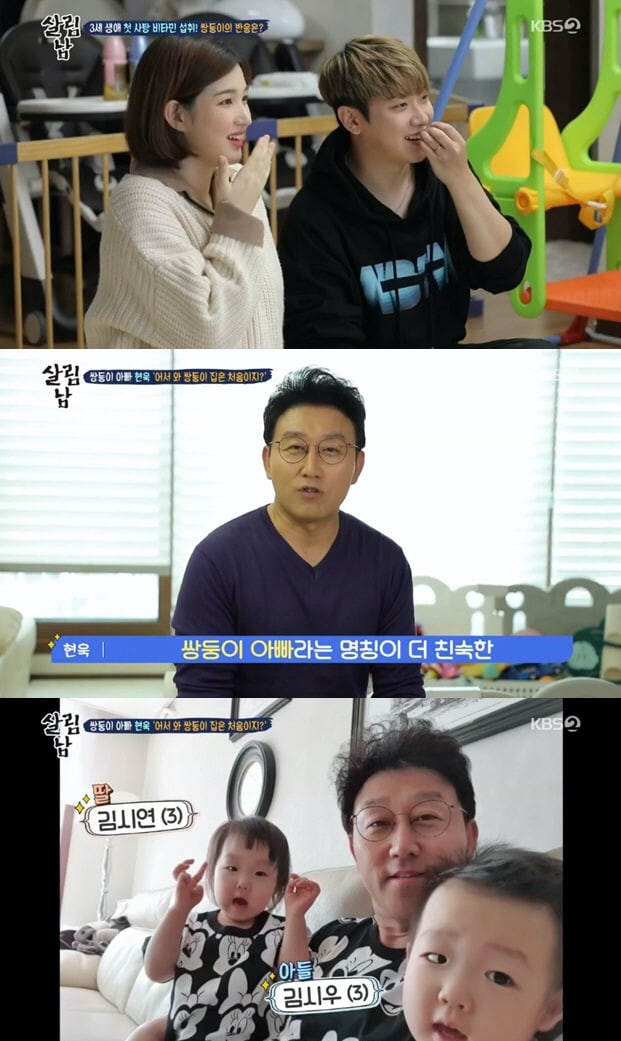 When Minhwan said, “My biggest concern is that I have to clip 80 fingernails and toenails once the twins are born, including my own,” Kim Hyun Wook commented, “I’m envious again. I can’t see very well.”

While the announcer made food for the kids, Yulhee and Minhwan tested out their parenting skills. Minhwan suddenly mentioned an ant and lured the children into one place. When he pointed to a spot on the floor, Yulhee joined in on the game and pretended like there was an ant. After clapping and laughing at the kids’ reactions, Yulhee said, “This is doable. This is what we’ll look like next year.” 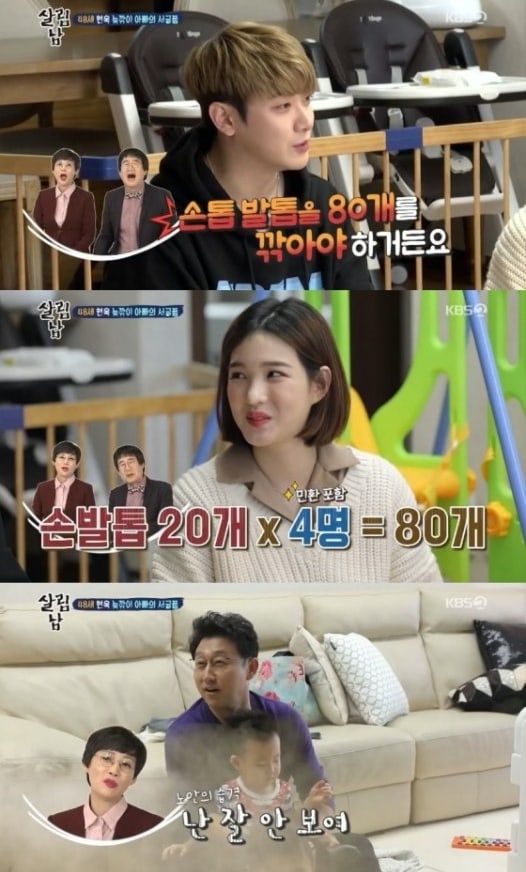