JTBC’s upcoming drama “Was It Love?” has confirmed its lead cast!

“Was It Love?” tells the story of a single mom who has been living on her own for 14 years when four men suddenly enter her life: a bad but tempting man, a pathetic but well-off man, a scary but sexy man, and a young but appealing man.

The drama was formerly known as “Begin Again” and Kim Min Joon, Song Ji Hyo, and other top actors were said to be in talks to appear. It will be directed by Kim Do Hyung and written by Lee Seung Jin.

Song Ji Hyo has confirmed her casting in the lead role of Noh Ae Jung, a movie producer and a single working mom. Like her name implies (aejung means “affection” or “love” in Korean), she has a lot of love to give, but instead she has chosen to focus on work and raising her child for the past 14 years. When four men appear in her life, they reawaken her sense of self.

Son Ho Jun has been cast as Oh Dae Oh, a writer who is the “bad but tempting man.” He is a bestselling novelist as well as a screenwriter who writes for Hollywood movies, but his real self is hidden behind a veil.

Song Jong Ho will play the “pathetic but well-off man,” an actor named Ryu Jin. When he was in university, he was called “the next Bae Yong Joon,” and now he is a rising actor with the nickname of “nation’s best male friend.”

Kim Min Joon has confirmed his casting as the “scary but sexy” man Goo Pa Do, the CEO of a financial company called Nine Capital. He is a former gangster who has turned over a new leaf and earned the nickname “Robin Hood of the private loan industry.”

In a statement through his agency, Kim Min Joon said, “I will be greeting everyone for the first time in a while through a drama. I am nervous but also excited. I’ll work hard to prepare, so please be patient and look forward to [the project] with interest and anticipation.”

Finally, Koo Ja Sung will play Oh Yeon Woo, the “young but appealing” man. He is a physical education instructor and his good looks and charming smile make him one of the most popular teachers at the school. 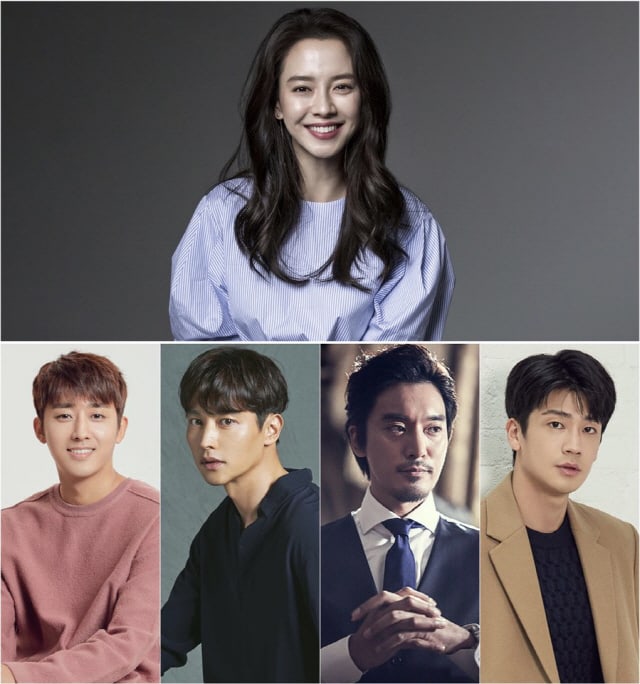