Watch: SECHSKIES Sweetly Sings “ALL FOR YOU” In MV For 1st Comeback With 4 Members

SECHSKIES has made their long-awaited return!

The group released their first mini album “ALL FOR YOU” along with the music video for the title track of the same name on January 28 at 6 p.m. KST.

The title track warmly expresses love for someone with a memorable melody and relatable lyrics.

The tracklist has been unveiled for SECHSKIES’s upcoming album! 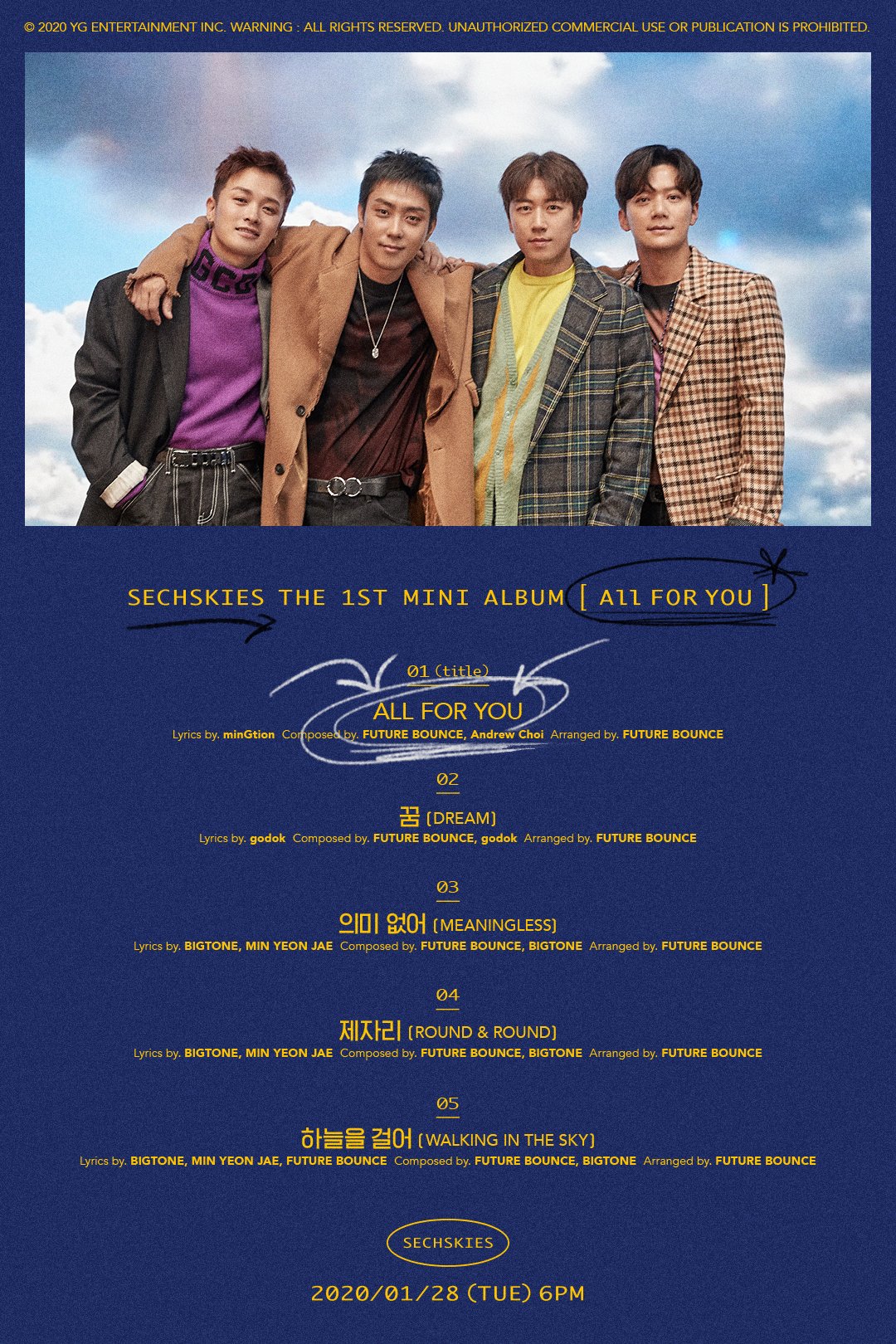 SECHSKIES has revealed a poster for their upcoming title track “ALL FOR YOU”!

“ALL FOR YOU” was composed by FUTURE BOUNCE and Andrew Choi, and the lyrics were written by minGtion. Take a look at the poster below! 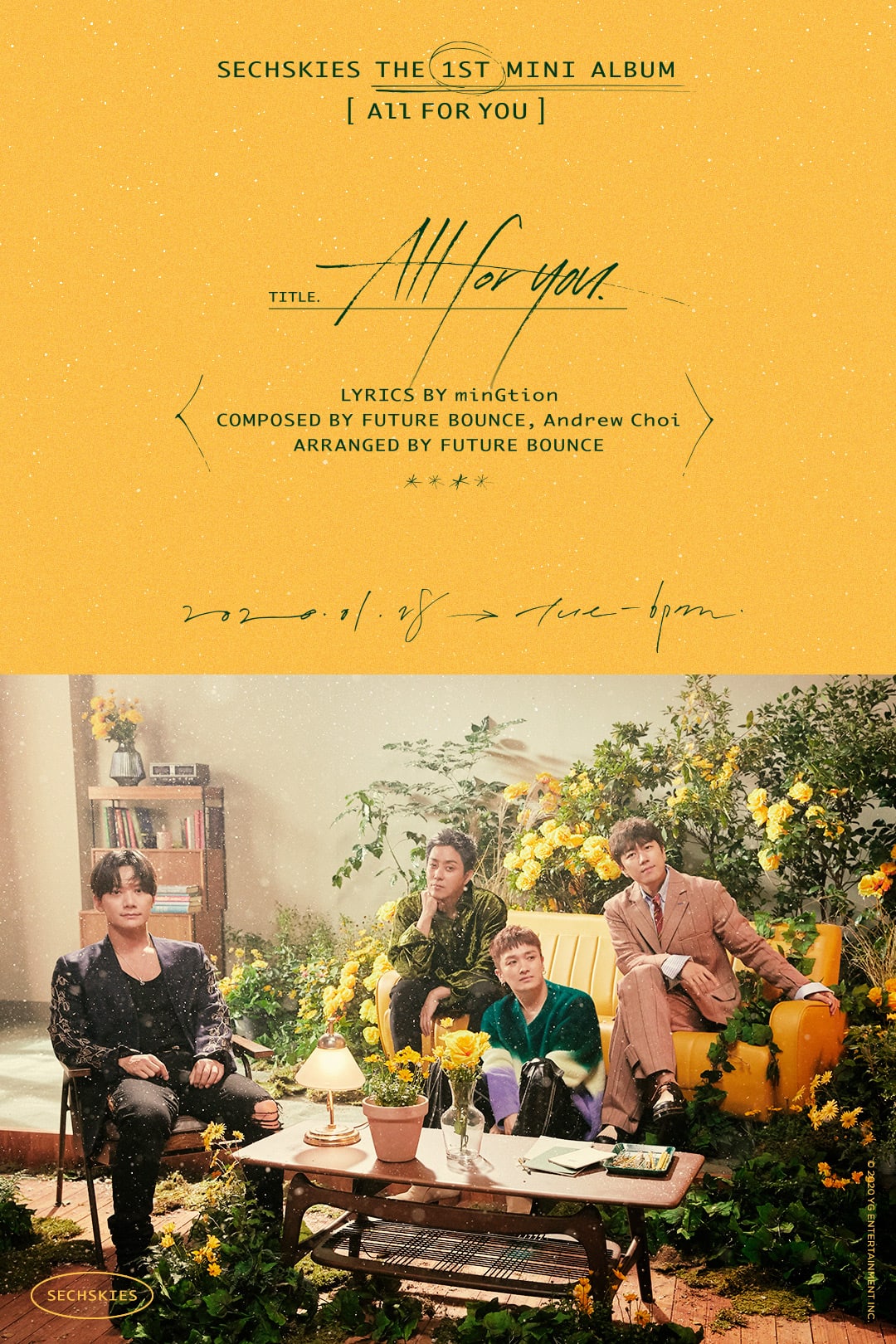 The main poster has been revealed for SECHSKIES’s comeback! 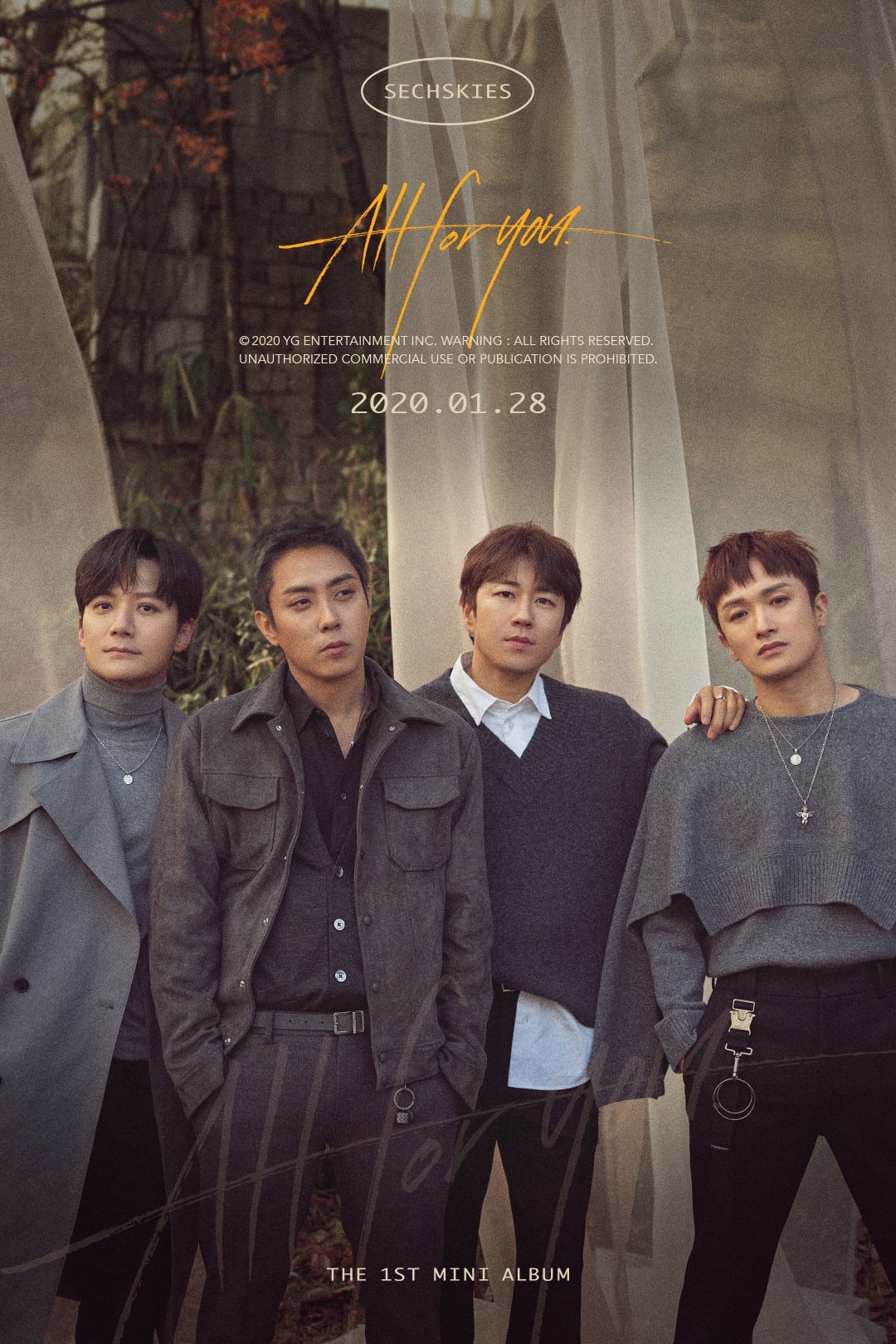 Concept posters have been released for SECHSKIES’s upcoming comeback! 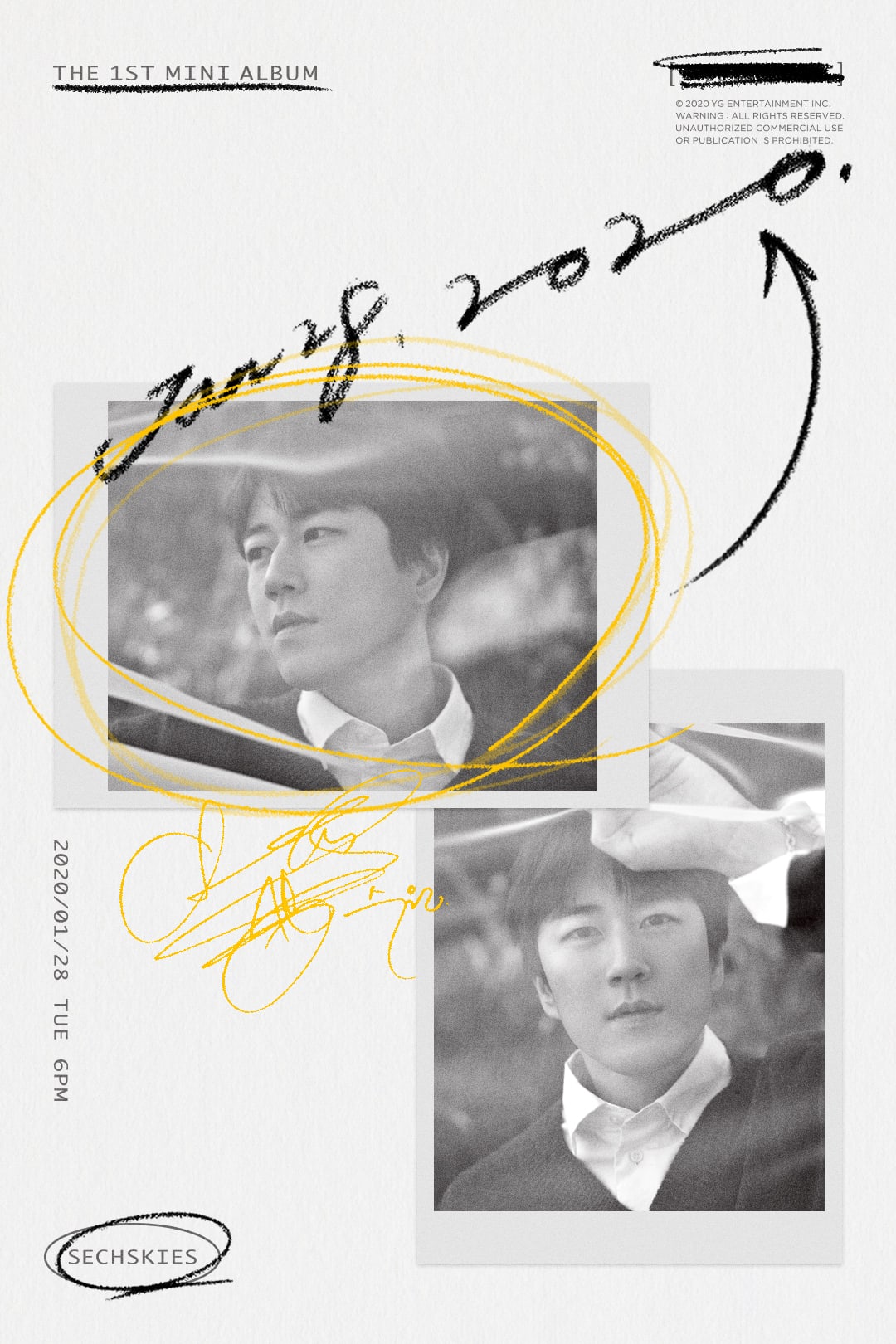 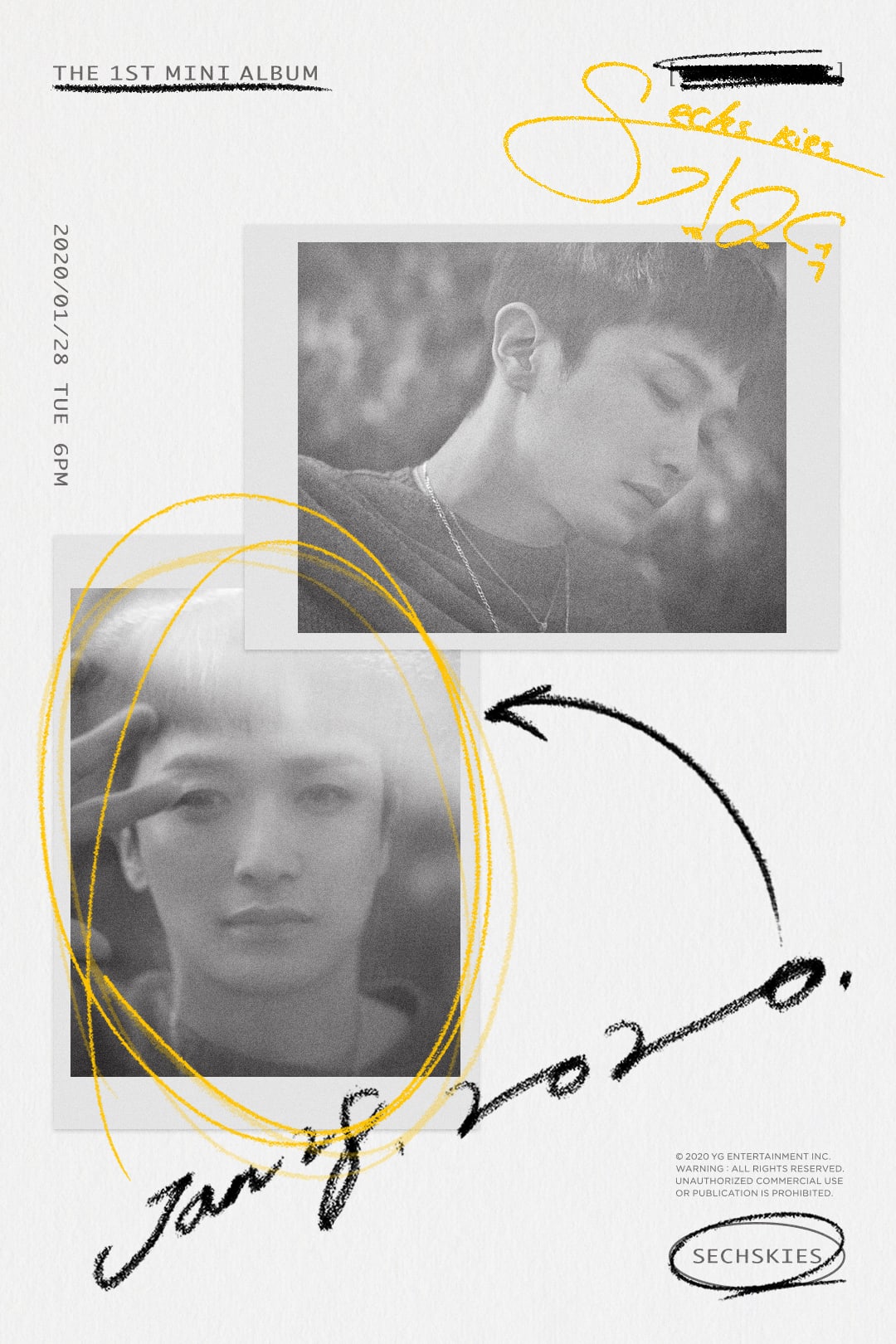 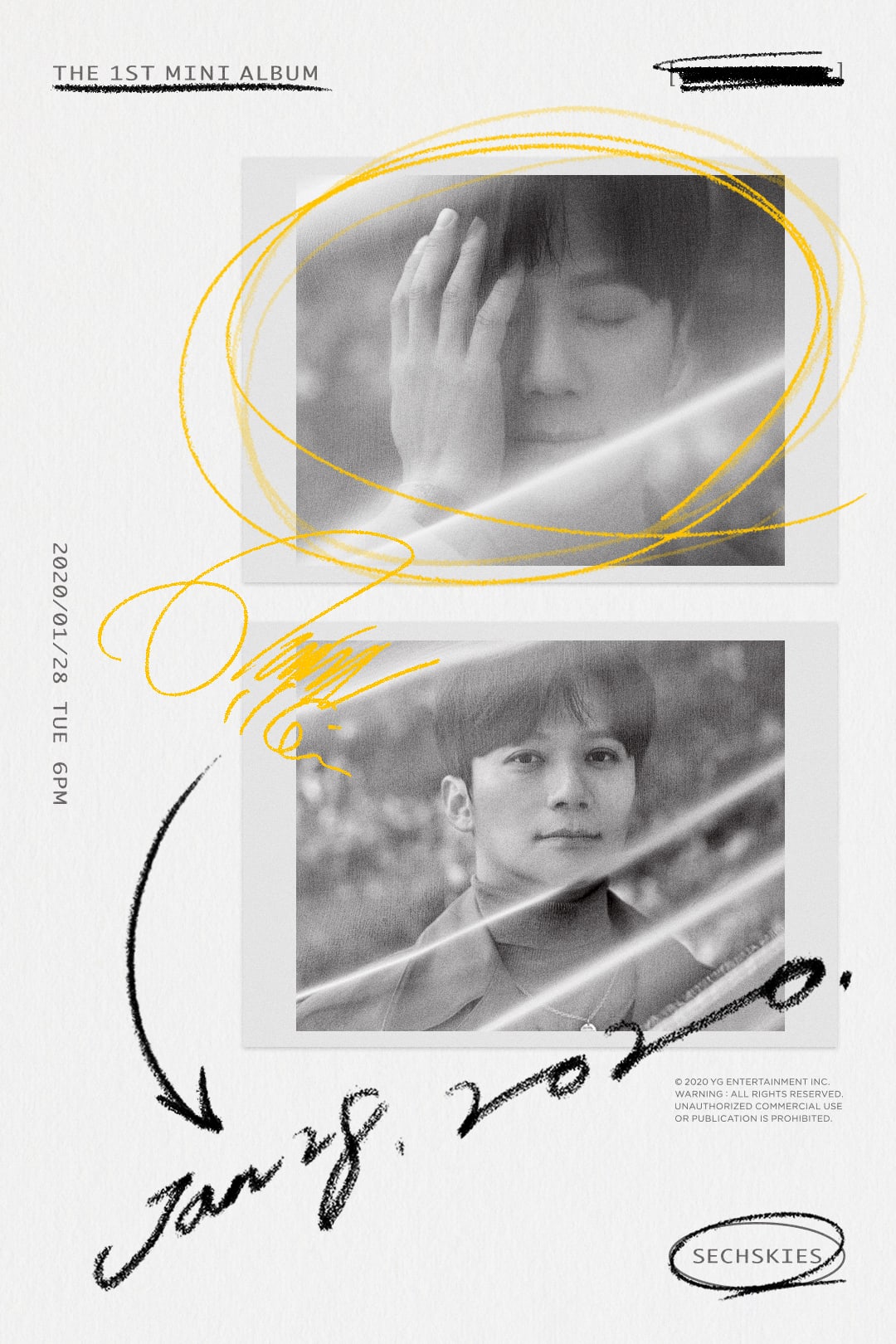 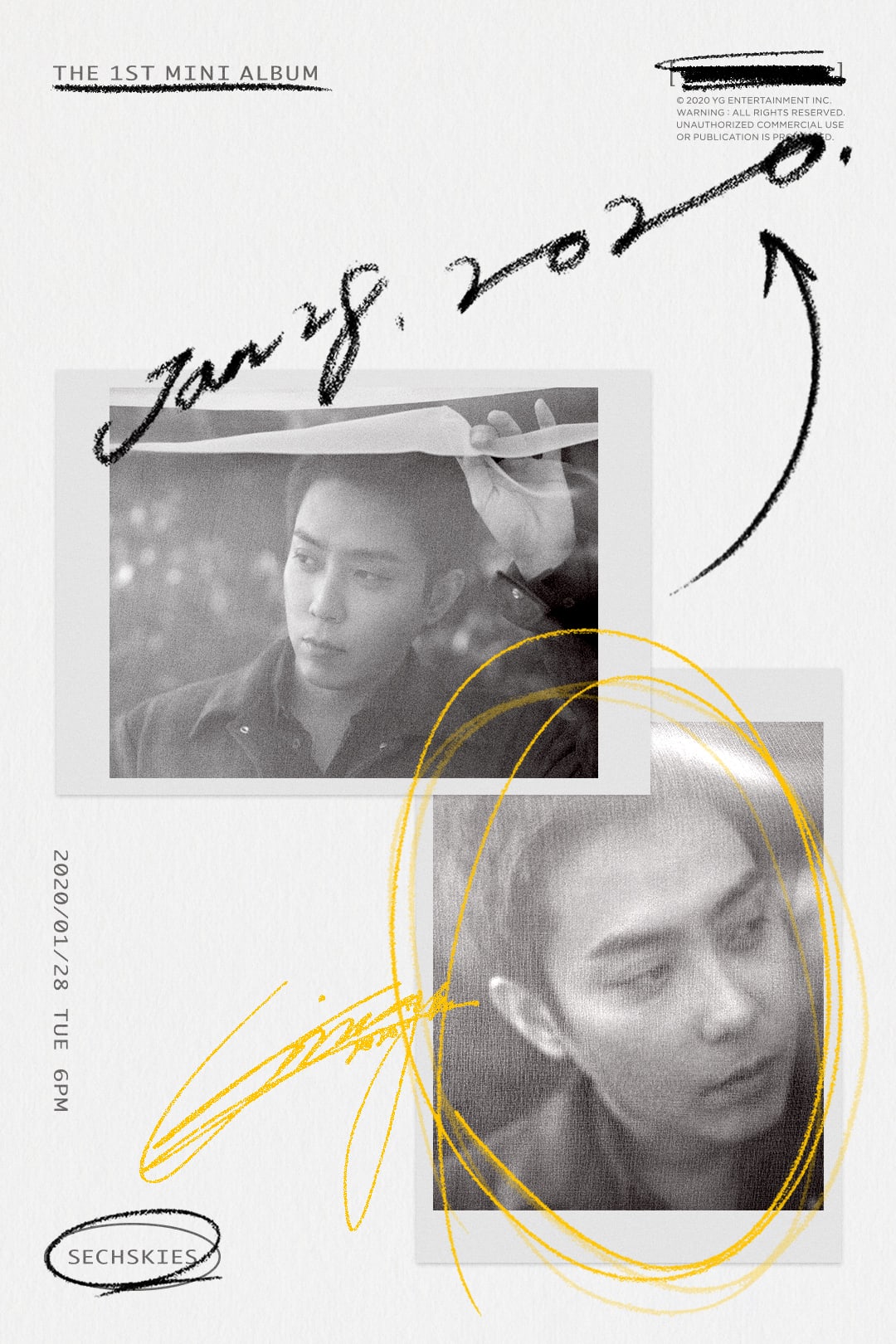 SECHSKIES has revealed a teaser poster for their comeback! 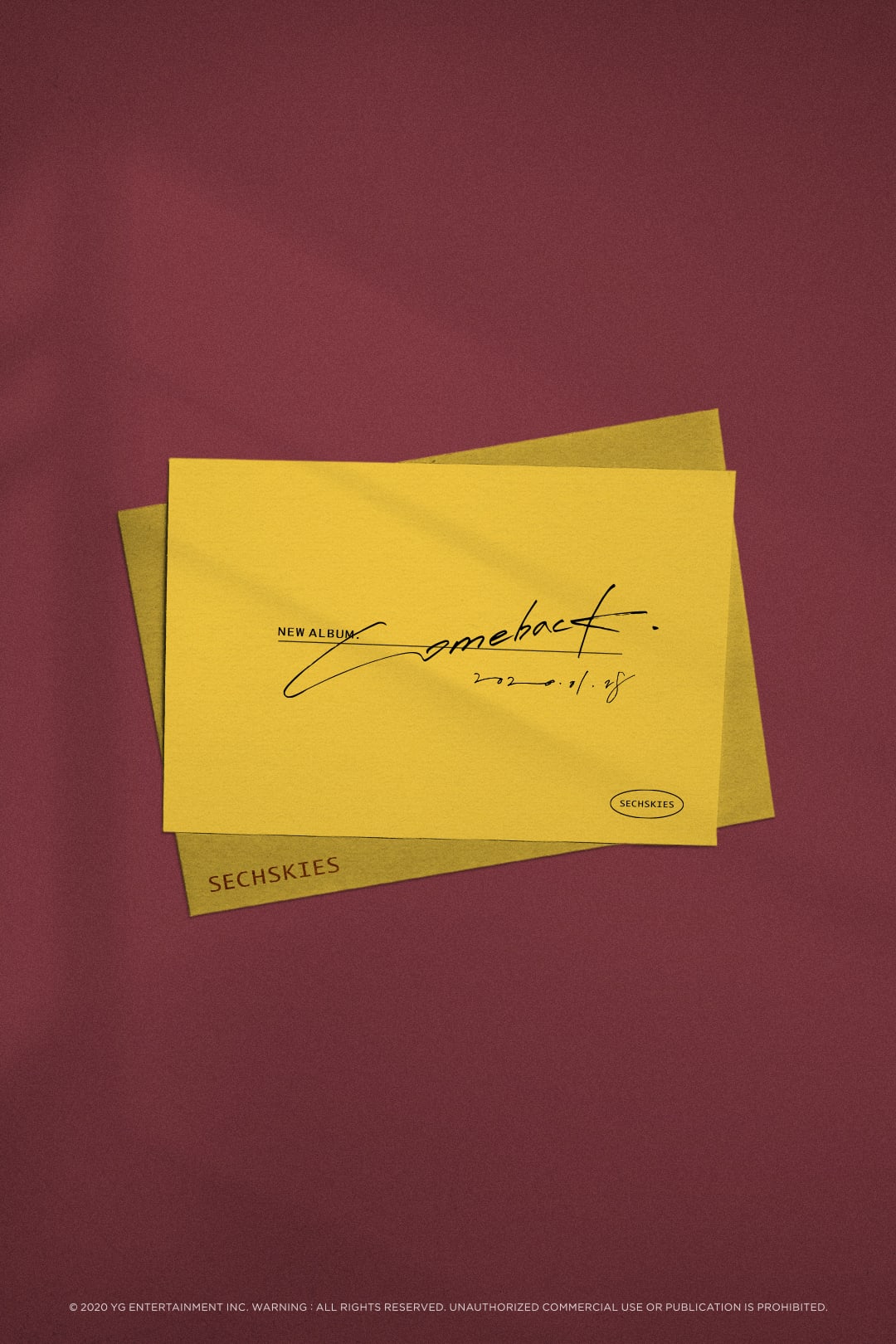 The poster shows the text “new album” and “comeback” as well as the date January 28, 2020 written on a yellow card. The card will be the main “objet” of the new album.

SECHSKIES will soon be making their long-awaited return!

On November 14, Korean news outlets reported that SECHSKIES was planning to make a comeback either at the end of this year or in early 2020. The reports also claimed that the group had already completed filming for their music video.

YG Entertainment responded to the reports by officially confirming, “It’s true that SECHSKIES is in the midst of preparing for their comeback. However, the date has not yet been decided.”

SECHSKIES’s last comeback was in September 2017, when they released their album “Another Light.” Their upcoming comeback will not only mark their first return in over two years, but also their first comeback as a four-member group following Kang Sung Hoon’s departure in January.

Are you excited for SECHSKIES’s return?