In the newly released stills, Ha Roo (SF9’s Rowoon) and Eun Dan Oh (Kim Hye Yoon) are on a date. The couple is smiling as they share sandwiches, ride a bicycle together, and just enjoy each other’s presence. However, the date is soon interrupted by cute interlopers Shin Sae Mi (Kim Ji In) and Ahn Soo Chul (Kim Hyun Mok), and Ha Roo and Eun Dan Oh seem startled. Furthermore, Eun Dan Oh appears to be in pain due to her heart condition, leaving viewers to wonder how this date will end. 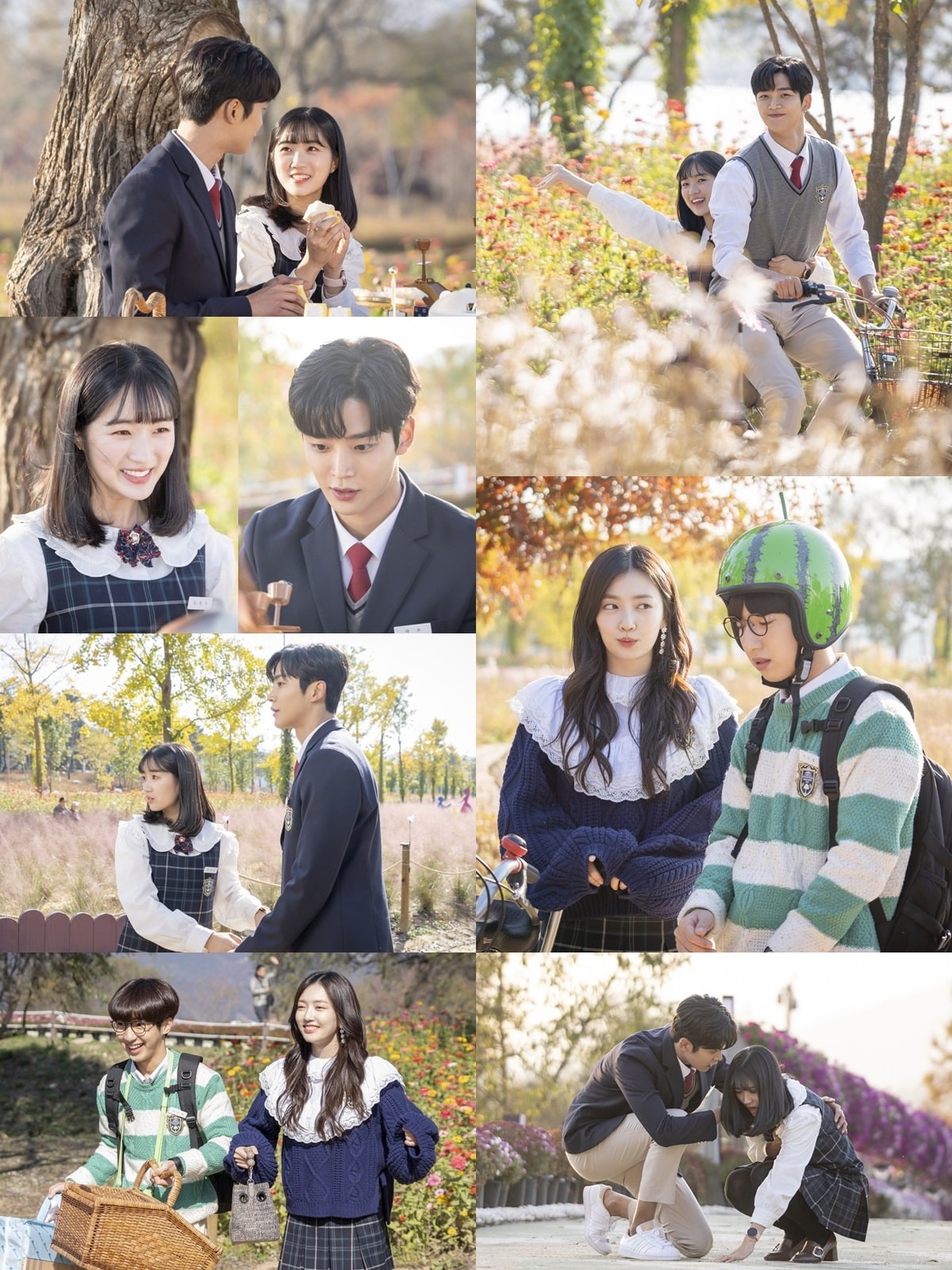 On the other hand, Baek Kyung (Lee Jae Wook) and Jin Mi Chae (Lee Tae Ri), also known as Dried Squid Fairy, are spotted in a tense stand-off. Jin Mi Chae especially looks angry as he grabs Baek Kyung by his collar, raising curiosity among viewers as to what kind of conversation will be exchanged between the two in the upcoming episode. 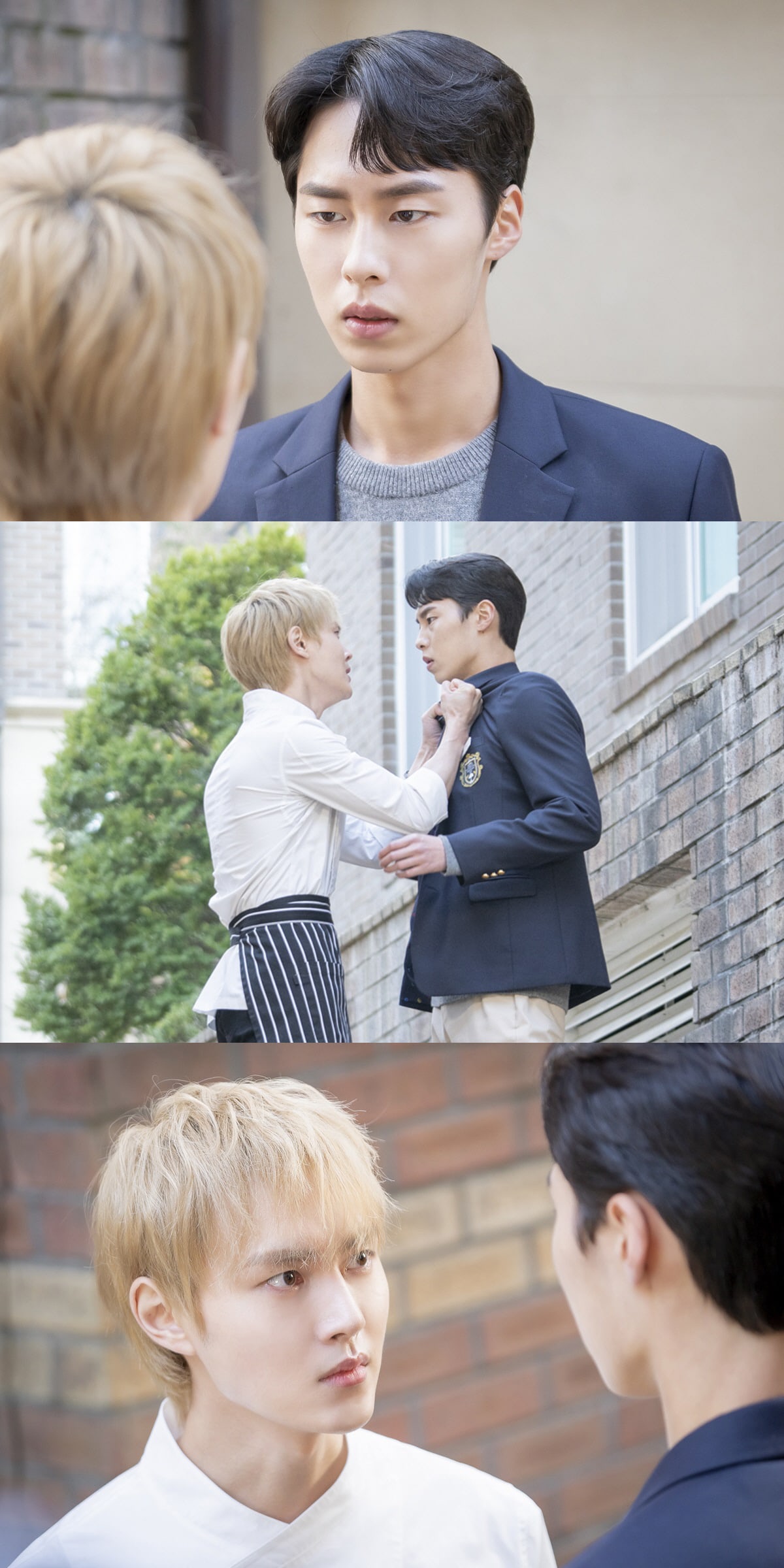 The drama’s tension is currently at its highest as the characters are figuring out more about their backstories. Baek Kyung has noticed that everything began with the manhwa writer’s previous work “Trumpet Flower.” As situations that are similar to those that happened in “Trumpet Flower” continue to arise in “Secret,” Baek Kyung repeatedly has been going to Jin Mi Chae to get an explanation.

In the meantime, Eun Dan Oh is hiding the fact that she will be going through a difficult surgery from Ha Roo just to spend time happily with him. Although Eun Dan Oh knows that not much time is left for herself with Ha Roo, she continues to carry out her quest to change her destiny. However, Ha Roo is already expecting Eun Dan Oh’s death, doing everything he can do in his power to change the plot in order to save her.