On November 14, many stars took the 2020 College Scholastic Ability Test (CSAT) and spoke about taking the exam!

The Boyz’s Eric is a third-year student at School of Performing Arts Seoul. “Hello, this is The Boyz’s Eric!” he said. “It still doesn’t feel real that I finished taking the CSAT. I have many regrets because time went by so fast, but I want to complete my remaining school year by making good memories.”

He continued, “All of the test-takers who took the CSAT worked really hard, and I hope you’ll earn good results that reflect your hard work. Thank you so much to The Boyz members who gave me lots of support, and I also want to say thank you to our fans. I’ll show you many various sides of myself as the youngest member of The Boyz, so please look forward to my activities!” 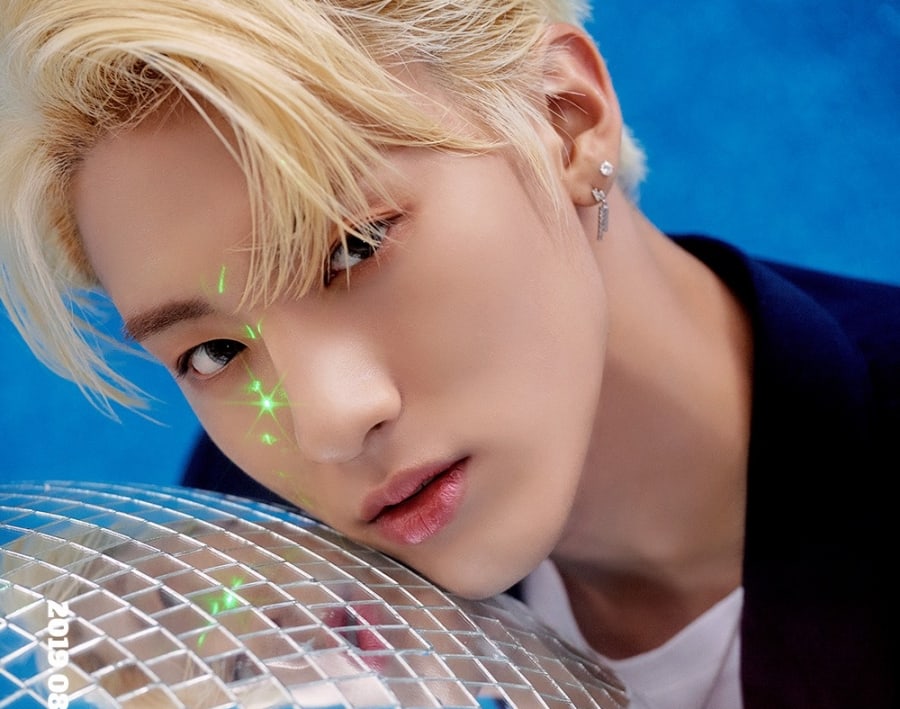 “I was more nervous than I thought before the test, but I feel relieved after completing it,” said Rocket Punch’s Suyun. “I’m a bit worried about how well I did, but I have no regrets because I did my best. I want to have a party with my members to celebrate completing the CSAT. I also want to receive discounts using my CSAT test identification slip.” 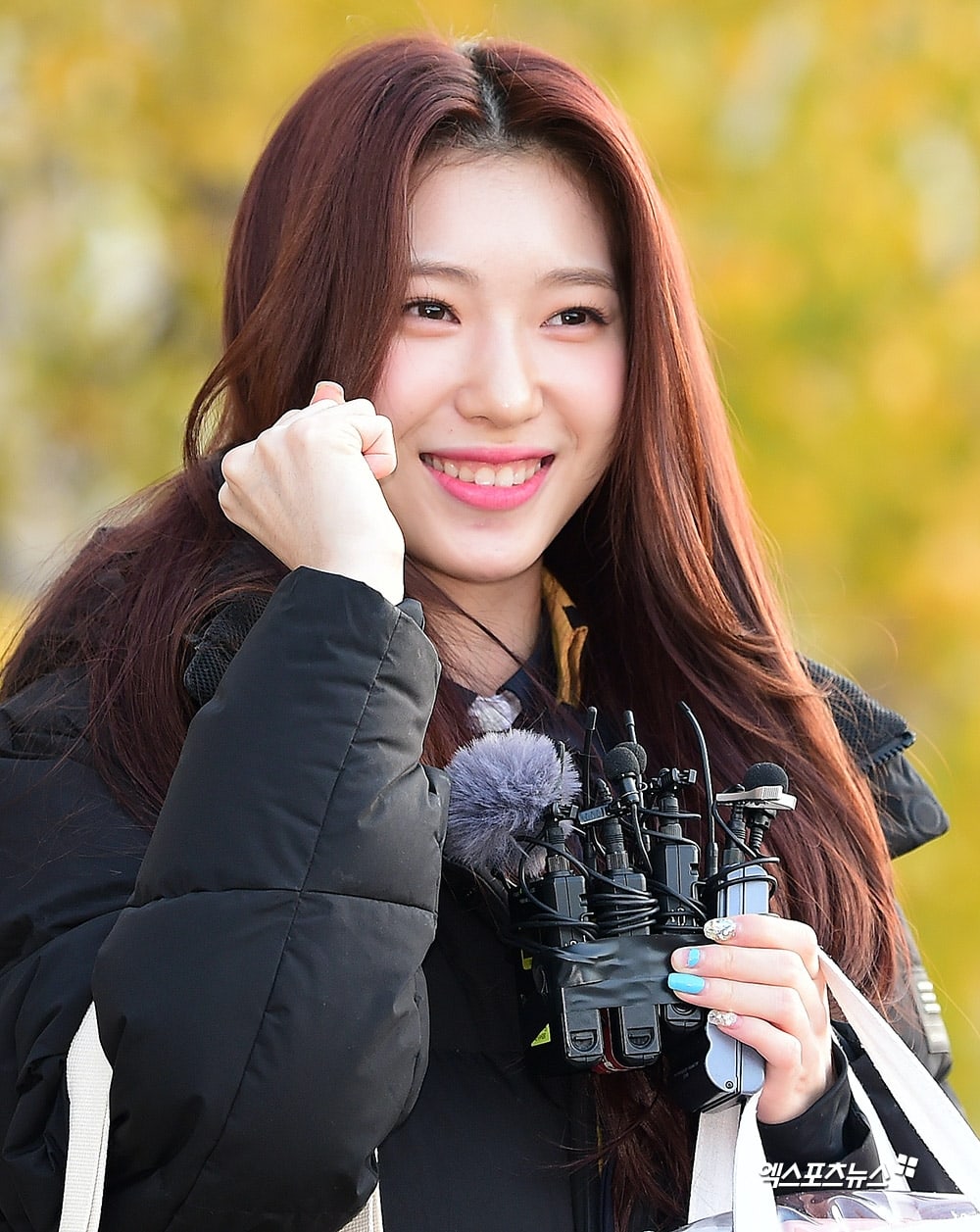 Rocket Punch’s Yunkyoung stated, “I was nervous when I walked into the testing center, but I worked hard at taking the CSAT thinking about the support I received from many people. I feel relieved and also think, ‘My third year of high school is coming to an end now.’ I want to go on a trip with the members and want to make more memories at school.” 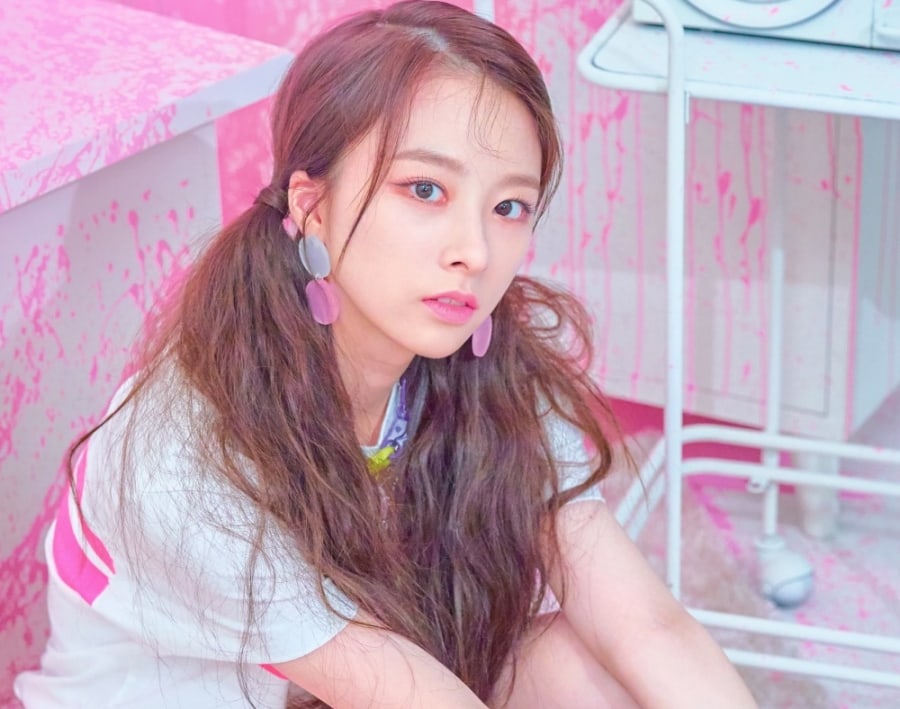 “Produce X 101” trainees and Woollim Entertainment’s project group “W Project 4” members Joo Chang Uk and Kim Dong Yun posted selfies on Woollim Rookie’s Twitter account. They wrote, “The end of CSAT! You worked hard. There will be good results because everyone worked hard! Eat a delicious dinner and get a good rest. Also, feel healing while looking at our photos.”

“I had many concerns, but my mind feels light now that it’s over,” said Joo Chang Uk. “I hope that all of the test-takers who I took the CSAT with today will get good results. I want to eat something delicious with the members. Since I made a bet about our scores with Dong Yun, I’m also thinking about marking together.”

Kim Dong Yun commented, “I worked hard to solve the questions. I made a bet about our scores with Dong Yun and I’m curious as to who will win. I hope everyone will get good results. I saw seniors using their CSAT test identification slips after completing the CSAT. I want to go to the amusement park with the members using my test identification slip.”

“I was really nervous since the day before the CSAT,” revealed LOONA’s Choerry. “I was so nervous once I walked into the testing center, but I feel a bit relieved because I worked hard to answer questions within the time limit.” She added, “I hope all of the test-takers who took the test with me will achieve all of their dreams and goals. You worked really hard. Thank you to everyone who gave me support.” 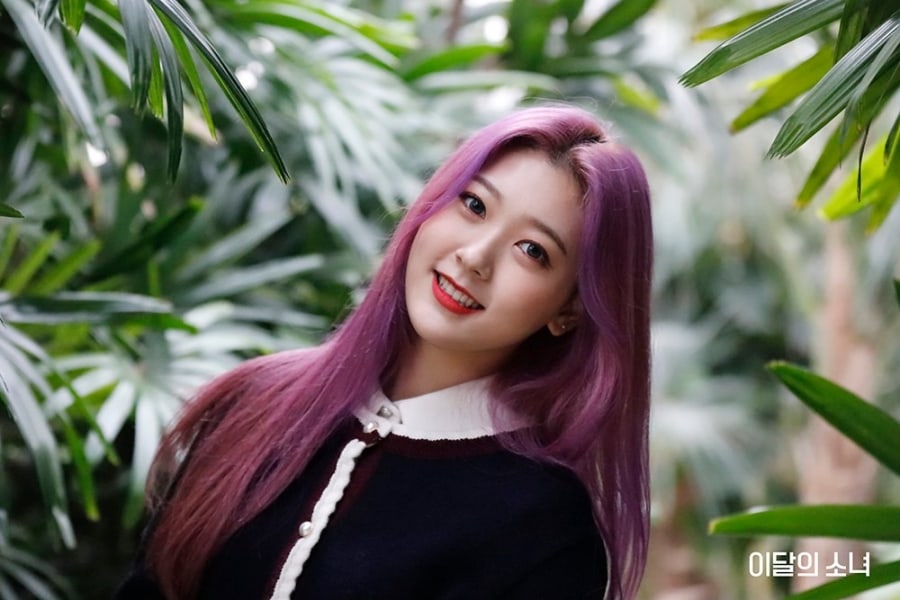 ITZY’s Ryujin shared selfies and an update on the group’s Instagram account. She wrote, “Thank you so much to everyone who cheered for me. All of the test-takers worked so hard. Have a good day.”

“I feel nervous and it feels really real,” Jeon Somi said before the test. “I feel really sad and nervous that I’m taking the CSAT which is seen as the end of high school. I hope that many students and test-takers will do a good job taking the exam without any regrets. I’m going to go eat black bean noodles with my family after the CSAT is over.”

After the exam, she commented, “I worked hard until the end today. I was really nervous, but I could feel the passion from other test-takers and used that to work harder to solve the questions.”

She continued, “The lunch box was so delicious that I ate it quickly and got indigestion, but even that was a meaningful CSAT experience. I feel grateful and think it’s meaningful that I was able to end my third year of high school with the CSAT. It was such an honor to be able to take the test while feeling and seeing the passion right next to them. All of the test-takers worked hard.” 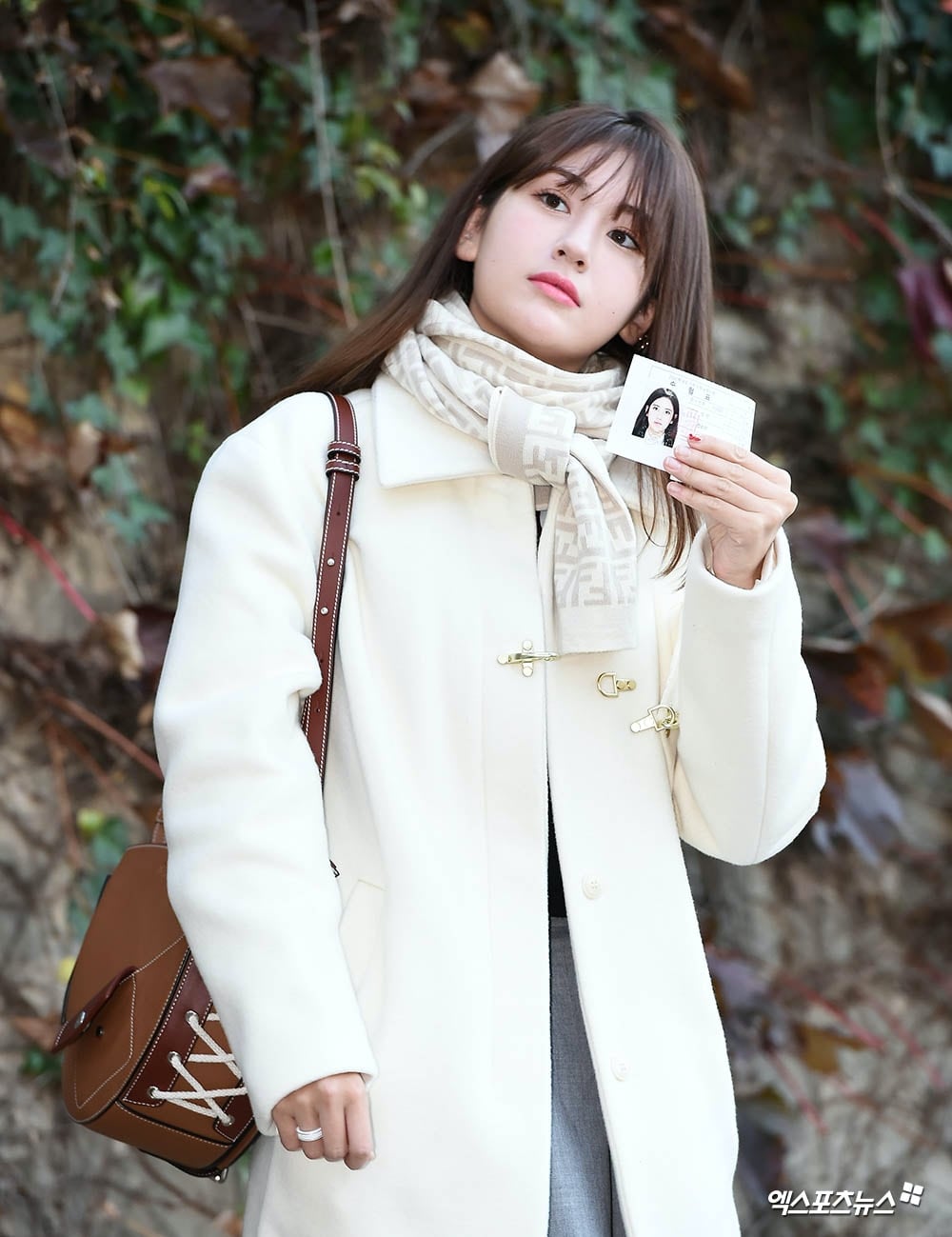 Some idols also shared their thoughts before they went in to take the test.

DreamNote’s Sumin said, “It feels like yesterday when I packed lunch for the older members and wished them luck for the CSAT, but a year has already passed and I’ve now received a lunch box from the members and am taking the CSAT. DreamNote is planning to release an album soon, so I think I’m going straight to practice after taking the CSAT. Please look forward to it.” 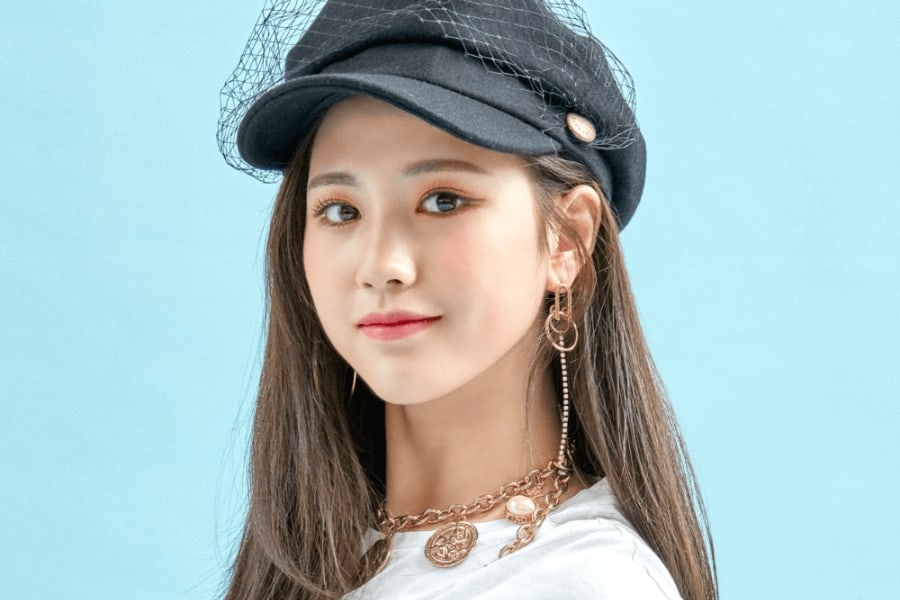 “It feels strange to be taking the CSAT,” stated Lee Eui Woong. “I get the feeling that I’m marking the end of my school year which didn’t feel like it would end. All test-takers across the country probably prepared a lot for the day of the CSAT, and I hope that everyone will get the results they hope for.”

He added, “I want to eat something yummy with my friends who worked hard until now, watch a movie using the test identification slip discount, and enjoy this and that after the CSAT ends. I was envious of my older brother and older sister who enjoyed the benefits of the test identification slip and I’m excited at the thought of enjoying that myself.” 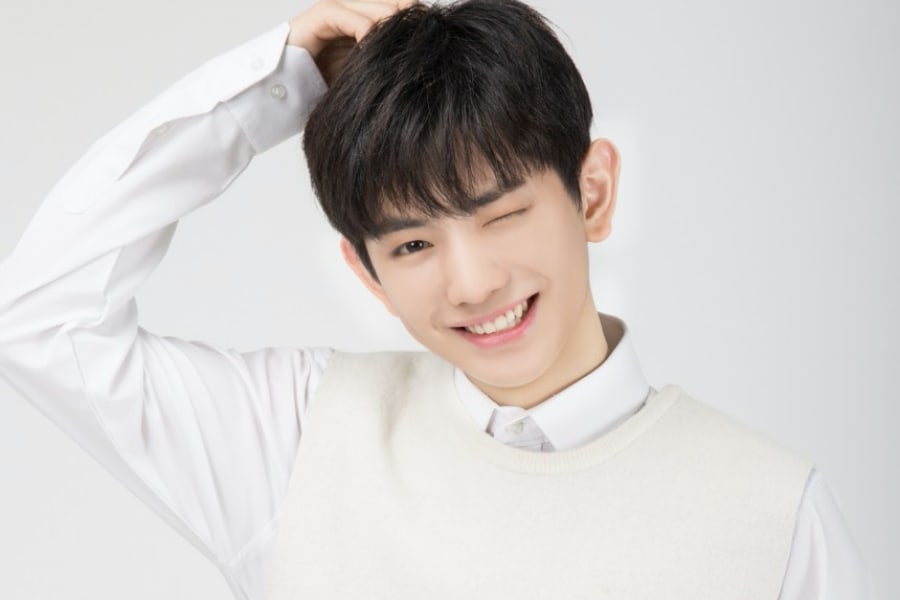 ARIAZ’s Jueun said, “The word ‘CSAT’ felt far away, and I didn’t know that a day would come where I’d take the CSAT. I feel really nervous. I’m going to go busking right after the CSAT. I hope many people will come and enjoy watching ARIAZ.” 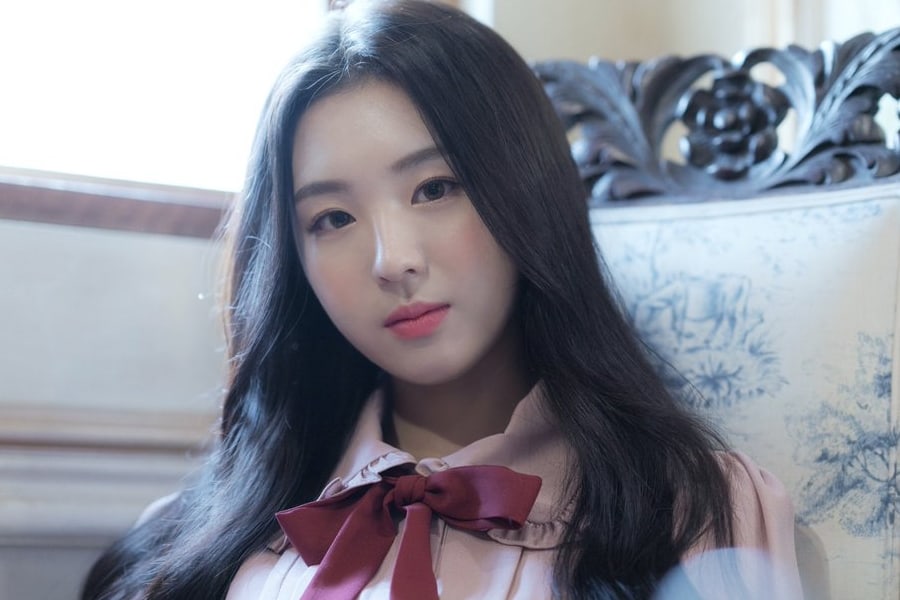