MAMAMOO’s Solar spoke about the success of her YouTube channel on “Happy Together”!

On the November 14 episode, the idol said she wanted to make the name of her YouTube channel trend on trending realtime searches.

In February, Solar launched “solarsido.” The name of her channel is a play on words of the musical notes sol, la si, and do, as well as the combination of her name and “to attempt” in Korean. As the name suggests, Solar takes on various challenges in her videos.

She stated, “I felt healing running my own YouTube channel. I recently surpassed 1.07 million subscribers.”

When Hong Jin Young asked, “What’s your revenue like when you have 1 million subscribers?” Solar replied, “You have to have a lot of views rather than subscribers. I don’t get a lot of views. The most was about 2.8 million views.”

She continued, “The most I received in a month was about 100 million won (approximately $85,400). But this isn’t my net earning. I split this with my agency.” Solar explained that although she doesn’t share this revenue with her members since it’s her personal promotions, the revenue includes various expenses including the production fee. 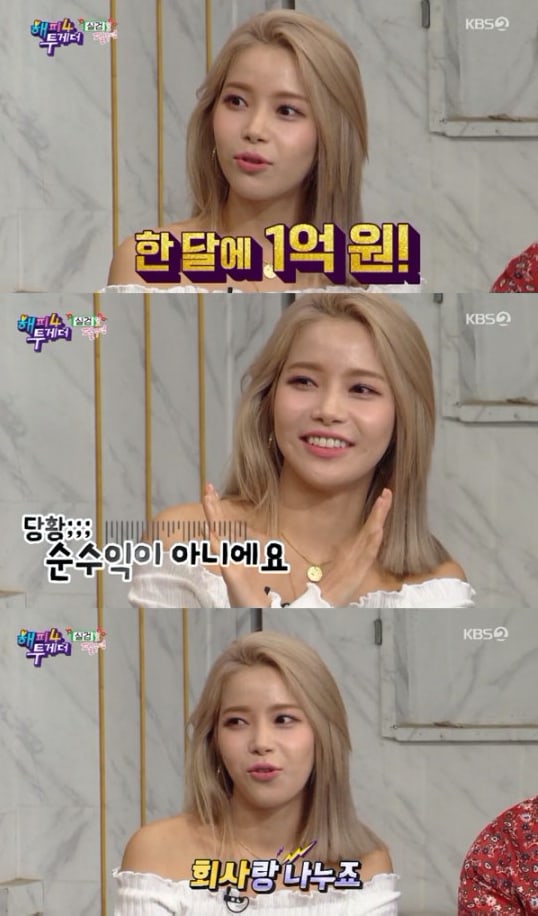 MAMAMOO
Solar
Happy Together
How does this article make you feel?