Ji Chang Wook and Won Jin Ah are looking lovey-dovey in the latest stills for “Melting Me Softly”!

On November 15, tvN gave viewers a peek at this week’s upcoming episode.

Last week, Ma Dong Chan (played by Ji Chang Wook) began temporarily staying at the rooftop house belonging to Go Mi Ran (played by Won Jin Ah). The two spent time together once everyone went to sleep, but their heart rates increased when they kissed and they couldn’t go on a proper date due to the ringing vital watch.

In order to fix this problem, the couple headed to an ice room located inside of a Korean sauna. Although it’s difficult for the average person to endure such low temperatures, Ma Dong Chan and Won Jin Ah were finally able to spend quality time together in freezing temperature.

They’ve been overcoming side effects from the frozen human experiment to develop their relationship, but Ma Dong Chan began experiencing chest pain as a side effect from the shot he received from Professor Hwang (played by Seo Hyun Chul).

Professor Hwang and Jo Ki Bum (played by Lee Moo Saeng) were startled by this and the results of the treatment for the side effects became an even bigger mystery. Go Mi Ran also found herself in danger when she ran into Lee Hyung Doo’s (played by Kim Bup Rae) subordinate Terry Kim (played by Yoon Joo Man) who had disguised himself as a cop on the street.

In the stills, Ma Dong Chan and Go Mi Ran enjoyed another date in the ice room. Unlike their previous date, Ma Dong Chan shivers with a blanket around him which is unusual since he didn’t feel the cold before. They continue their date outside where they ride a bike together and make viewers wonder if they’ll overcome their side effects to continue their relationship. 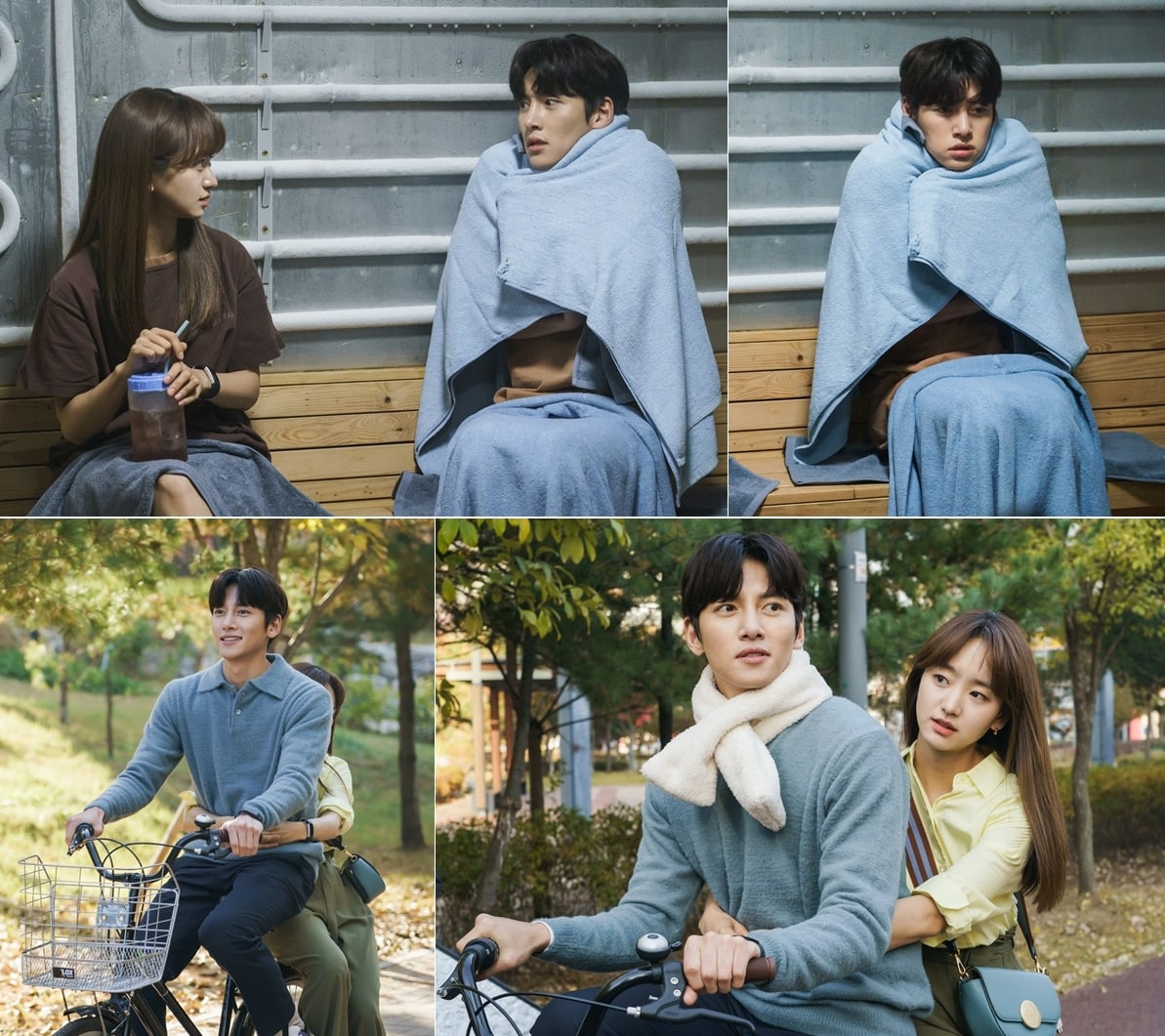 A source from the drama said, “You can check out the process of how Dong Chan and Mi Ran overcome critical situations at different times and different places. ‘Melting Me Softly’ has only two episodes left. Please look forward to seeing if the frozen woman and man will be able to protect their love and stay together.”

The next episode of “Melting Me Softly” airs on November 16 at 9 p.m. KST.