ITZY To Star In Their 1st-Ever Reality Show

ITZY will soon be starring in their very own reality show!

“Paris et ITZY,” which means “Paris and ITZY” in French, will capture the journey of the five ITZY members as they explore Paris together for 100 hours.

M2 first teased the upcoming reality show through a brief preview at the end of the second episode of its “M2 Special – ITZY VLOG,” which followed the rookie girl group as they traveled to France for Paris Fashion Week. In the final seconds of the vlog, Chaeryeong asked mournfully, “Why are there only 24 hours in a day?” The video’s caption then declared, “ITZY’s first travel reality show ‘100-Hour Romantic Vacation – Paris et ITZY’ premieres on Mnet in January 2020.”

Producing director (PD) Nam Dong Yoon commented, “Through this reality show, ITZY freely enjoyed a healing vacation like ordinary travelers their age, and they also shared some special experiences that they will never be able to forget for the rest of their lives.”

He added, “I hope that this news is like a gift for the fans all over the world who had been waiting for an ITZY reality show. Please show a lot of anticipation for ‘Paris et ITZY.'” 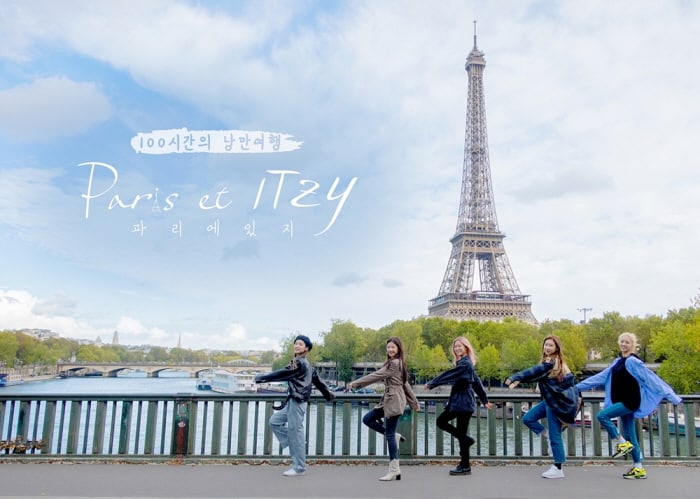 Are you excited to see ITZY star in their own reality show? Leave your thoughts below!