“Leverage” is about Lee Tae Joon (Lee Dong Gun), a top insurance investigator turned con man, who brings together a group of con artists to get revenge on the wealthy and corrupt. It is a Korean remake of the U.S. series of the same name, which aired over five seasons on TNT.

In the unveiled photos, Jeon Hye Bin has transformed into a pregnant woman wearing a colorful maternity dress, round glasses, and a giant pink ribbon. Her stomach is also protruded, making her look like she’s really pregnant. She is actually disguised as a juror in court with a hidden operation. 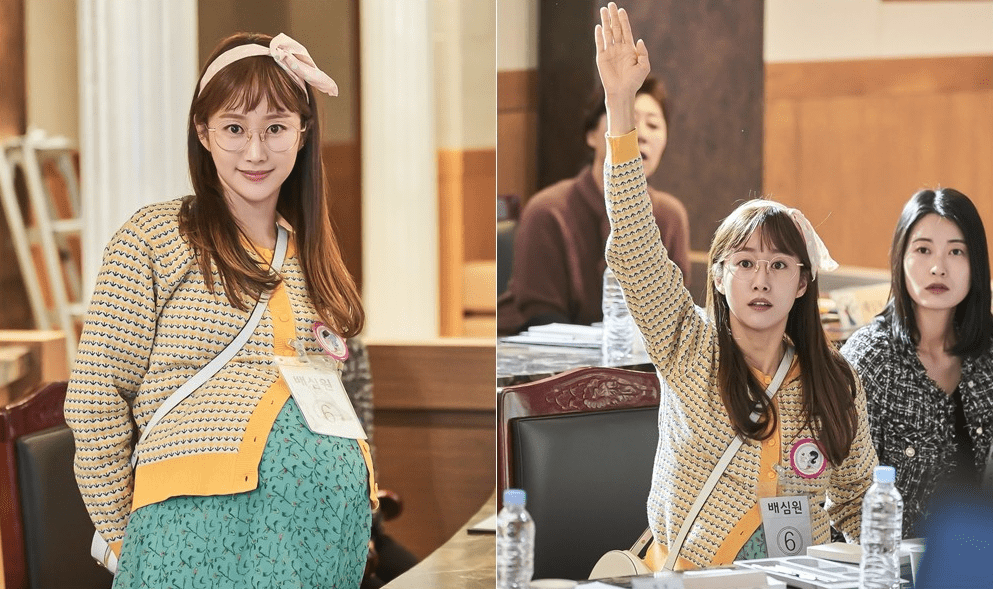 Jeon Hye Bin is maximizing the drama’s entertainment with her diverse acting skills as con artist Hwang Soo Kyung. The actress is doing her best to portray different charms in every episode.

Jeon Hye Bin
Leverage
How does this article make you feel?