On the November 16 episode of “Ask Us Anything,” DinDin appeared as a guest alongside model Lee So Ra.

Seo Jang Hoon brought up Kim Jong Kook, asking DinDin, “Don’t you and Kim Jong Kook play soccer together? Aren’t you guys close?” In response, DinDin shared, “I’d prefer we not talk about that. It’s hard.” He continued, “Every Thursday, Kim Jong Kook holds a gathering to play soccer. One time, I was sick with a cold, so I told him I wouldn’t be able to make it. His response was, ‘That was a typo right? Not a fracture, but a cold? Just because you have a cold you’re not coming to soccer?'” 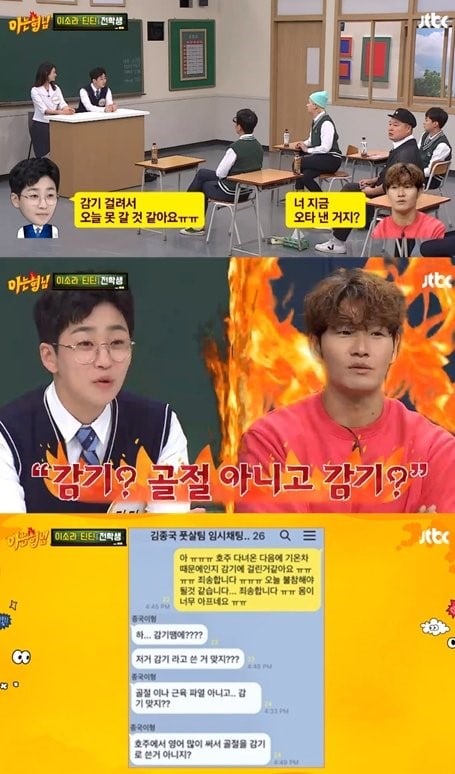 DinDin added, “Once, I cried in the car on the way home after soccer. It was so hard. While I was listening to Giriboy’s ‘Traffic Control,’ I teared up, thinking, ‘Why must I go through such difficulties to play soccer?'”

DinDin
Ask Us Anything
Kim Jong Kook
How does this article make you feel?