Watch: P.O Gets Hilariously Upset On Kyuhyun’s Behalf When “New Journey To The West” Members Accidentally Hurt His Feelings

Block B’s P.O made everyone crack up by getting visibly offended on Super Junior’s Kyuhyun‘s behalf on “New Journey to the West 7”!

During the November 15 episode of the tvN variety show, the six cast members split up into teams of three and faced off in a music guessing game. P.O, Kyuhyun, and WINNER’s Song Mino formed one team, while Kang Ho Dong, Lee Soo Geun, and SECHSKIES’s Eun Ji Won made up another.

The game required the members to quickly name various songs after listening to the opening bars, and once a member guessed a correct answer, he then sat out the rest of the round. P.O managed to correctly guess Hyukoh’s “Wi Ing Wi Ing,” while Kyuhyun recognized Park Jin Young‘s “Who’s Your Mama?” the instant it began playing.

As soon as the third song started to play, P.O and Kyuhyun happily embraced each other in delight—but they soon realized that none of the other members seemed to recognize the song. When Song Mino lamented, “I don’t know ballads [that well],” P.O’s face hilariously scrunched up in anger as he began shaking an accusing finger at his teammate from behind. 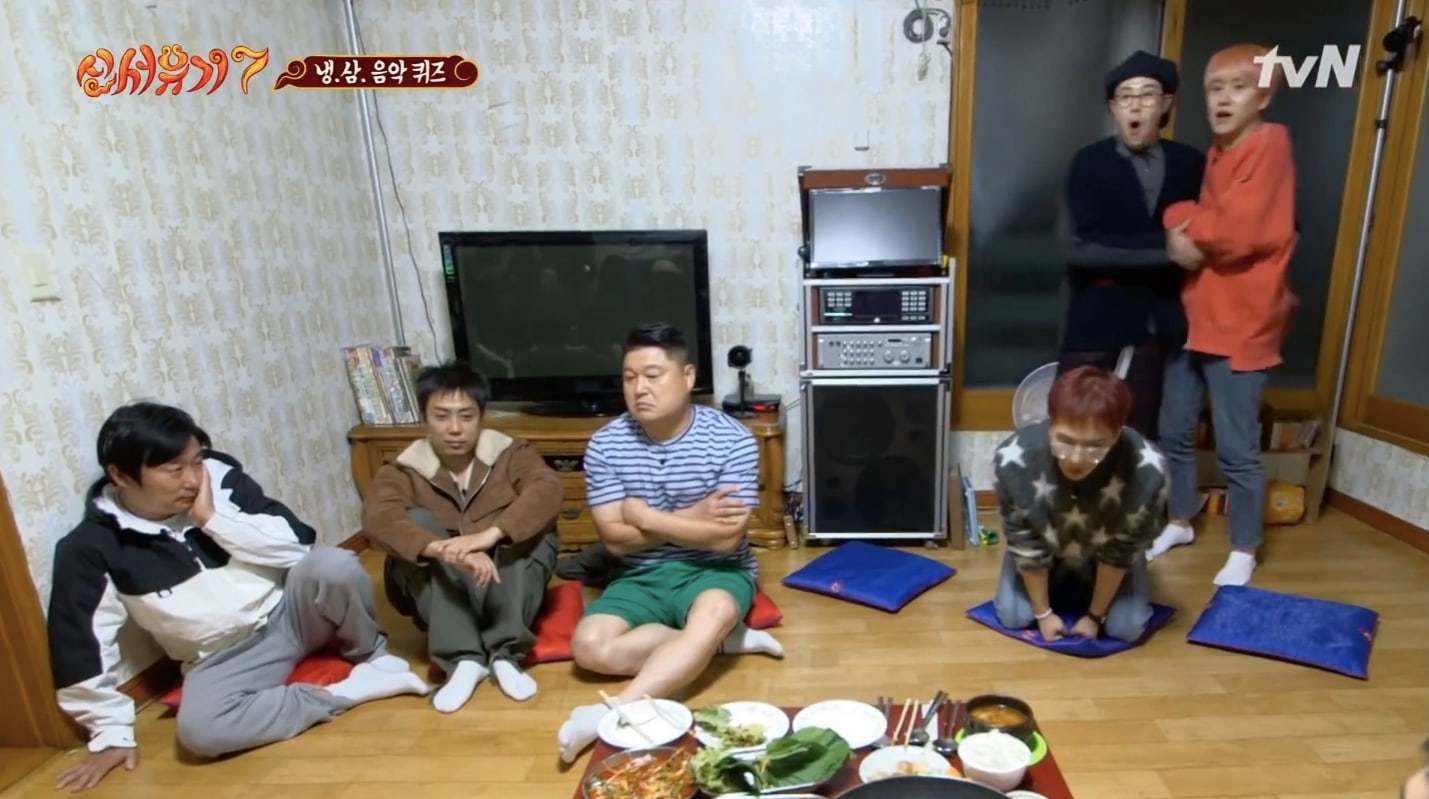 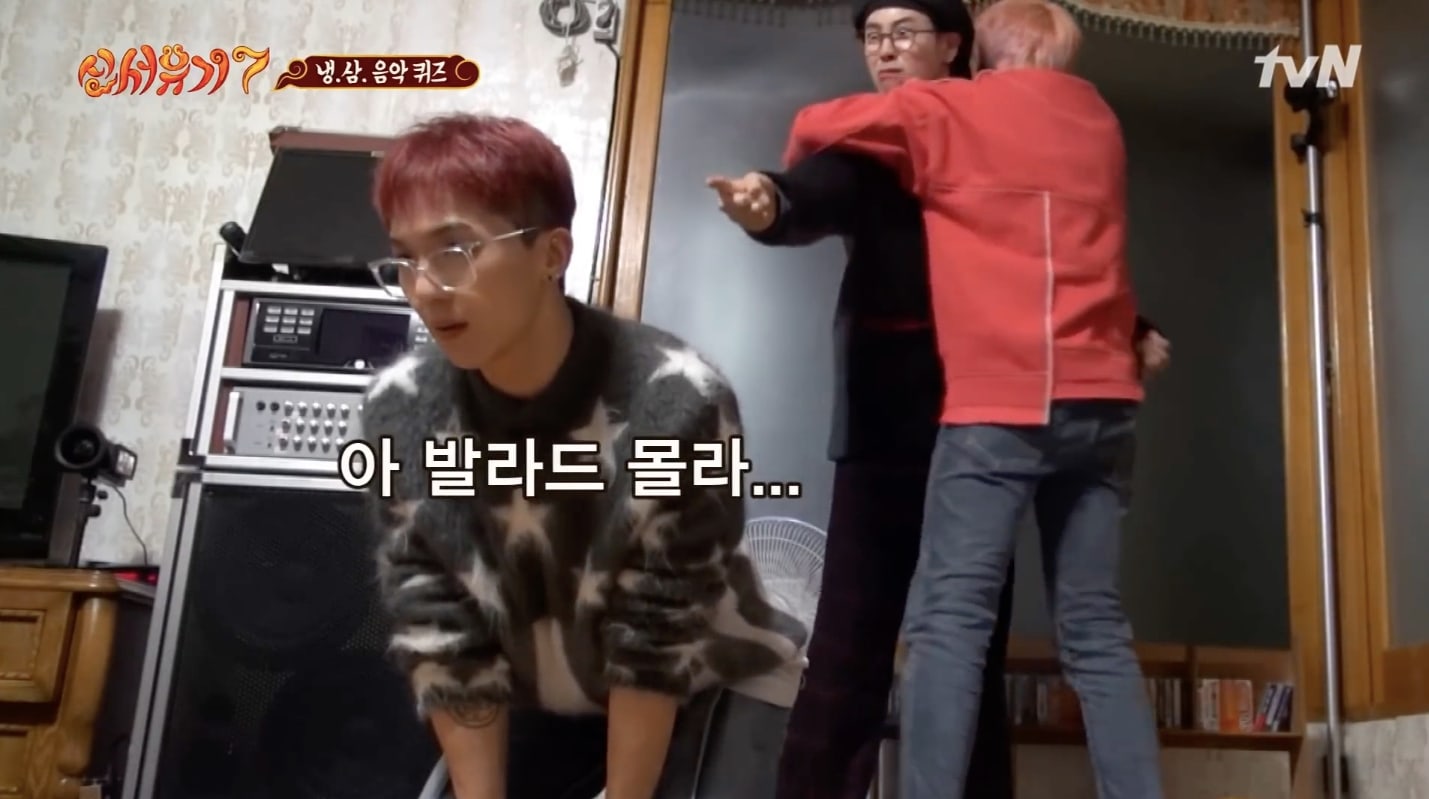 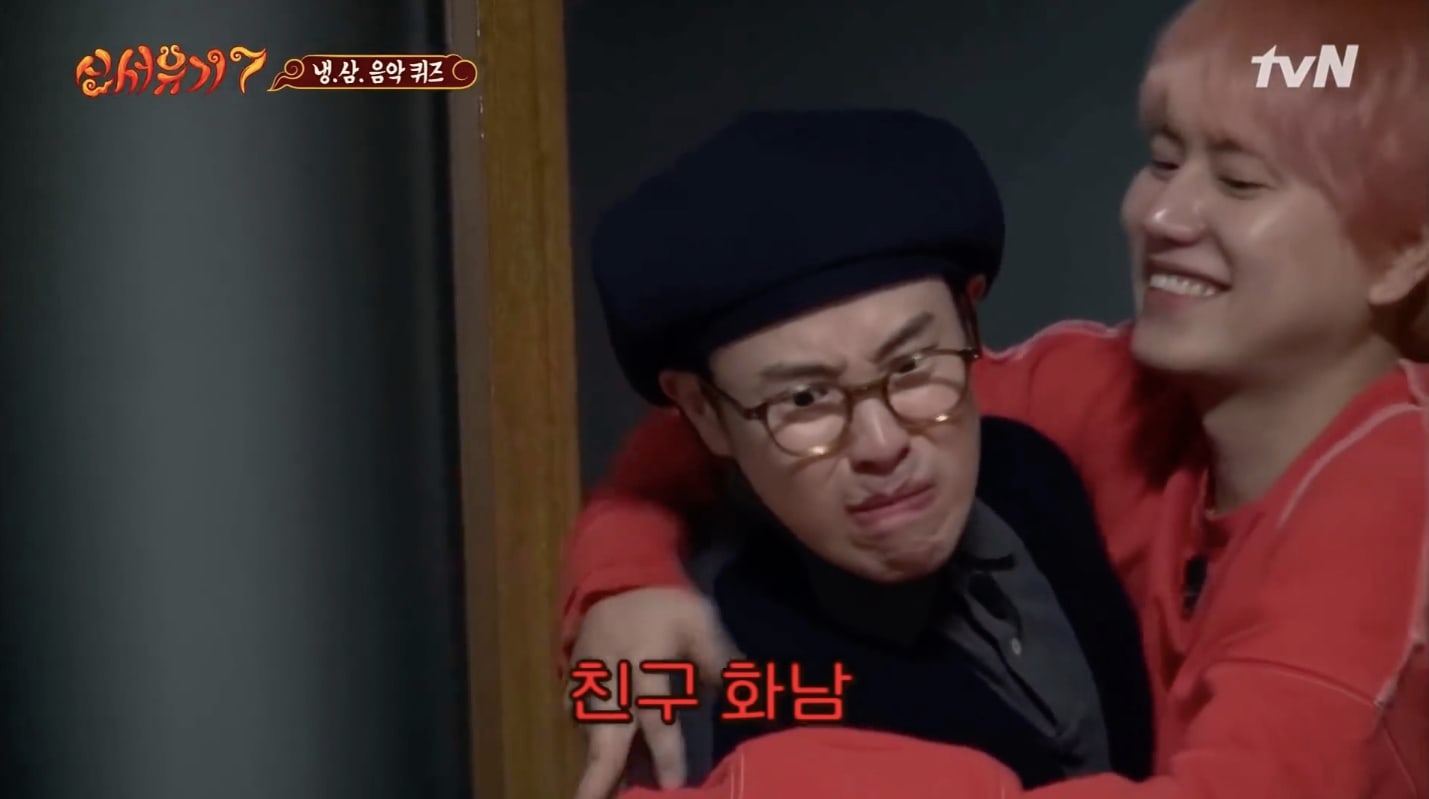 P.O continued to look positively affronted as the members confusedly listened to the song—which turned out to be none other than Kyuhyun’s hit ballad “At Gwanghwamun.” Not only is the song one of their castmate’s most famous hits, but it has also been used as background music in over 30 different episodes of “New Journey to the West.”

Even after seeing P.O’s jaw drop open in shock and horror, the other cast members remained at a loss, and the production crew was unable to contain their laughter at P.O’s hilarious expressions. Eventually, the Block B member pulled Kyuhyun in for a comforting hug. 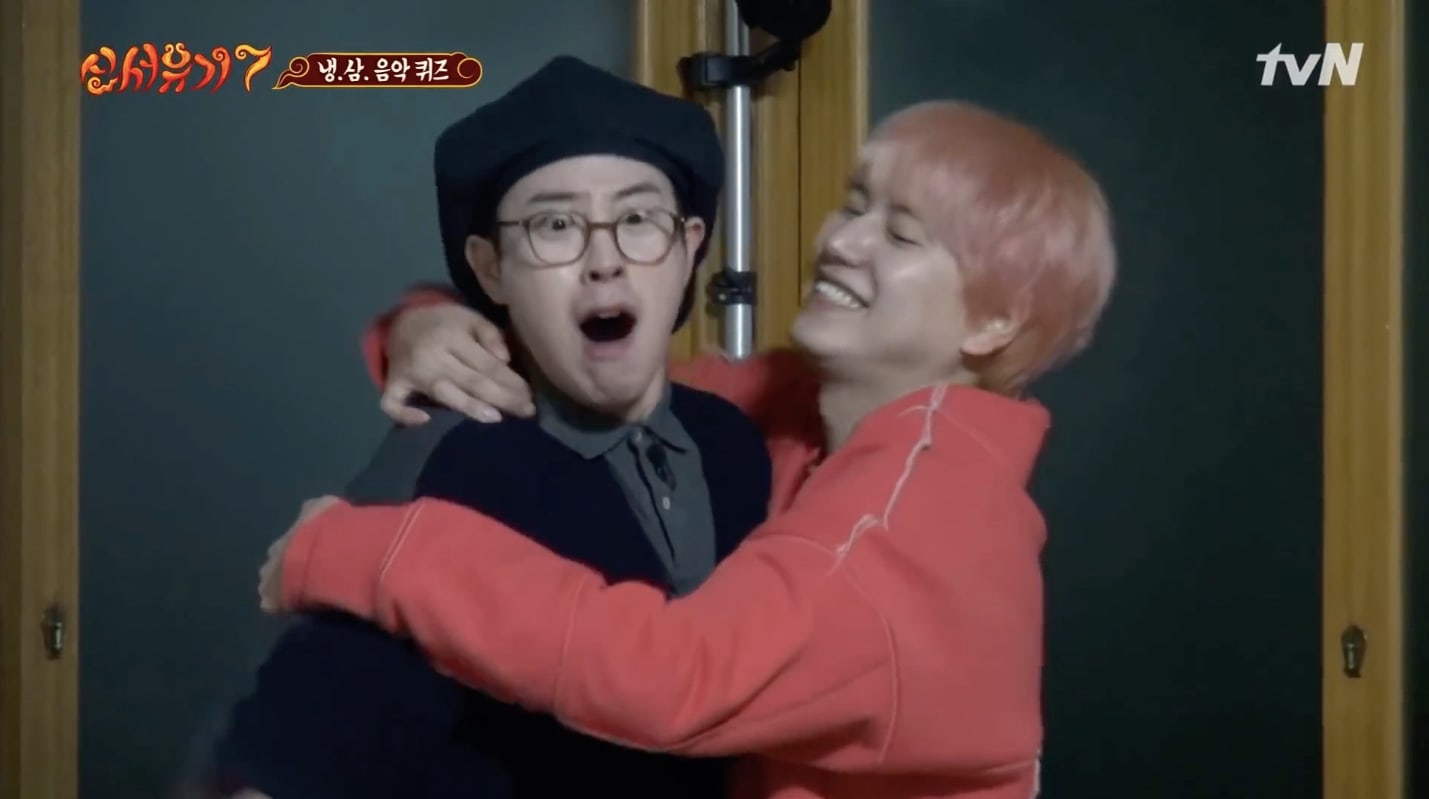 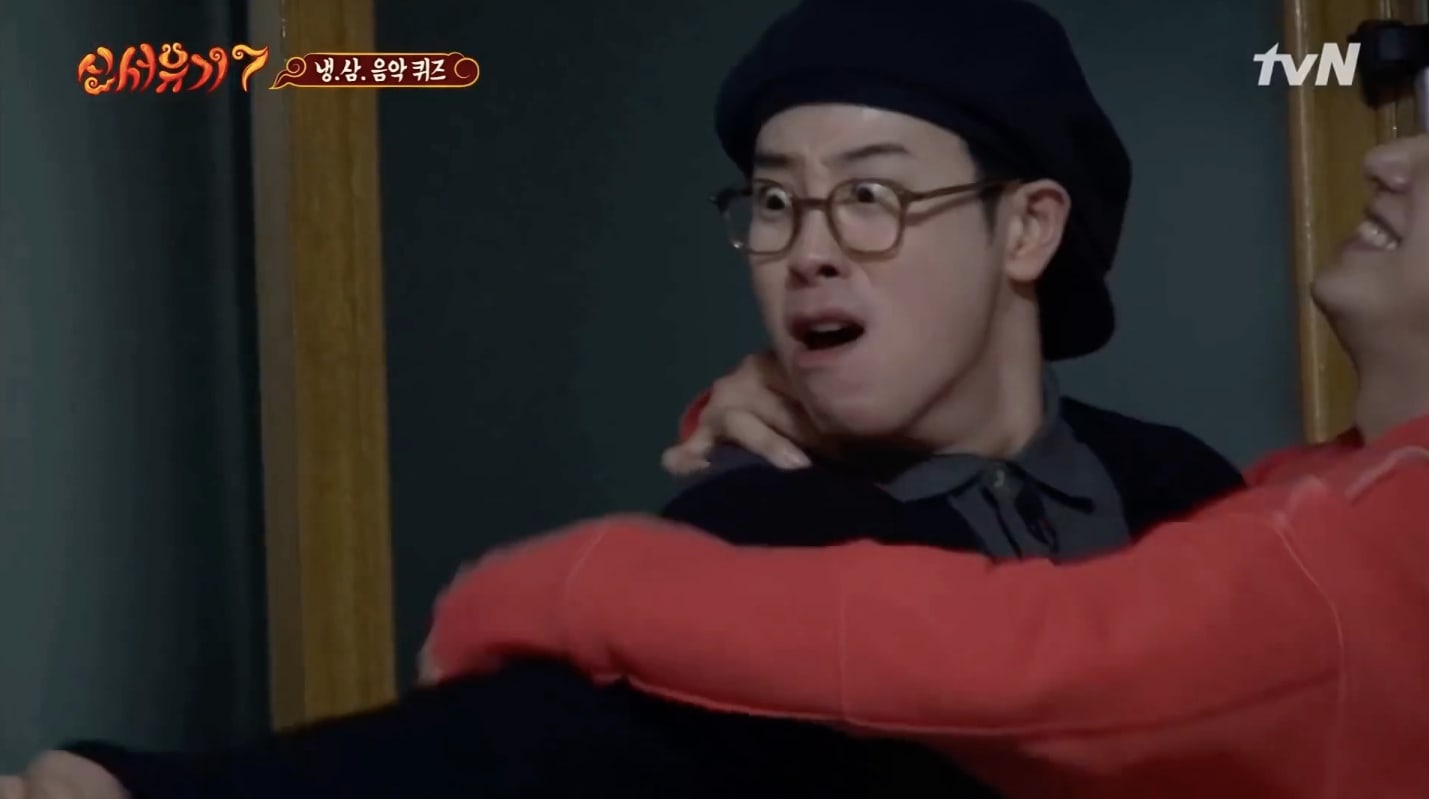 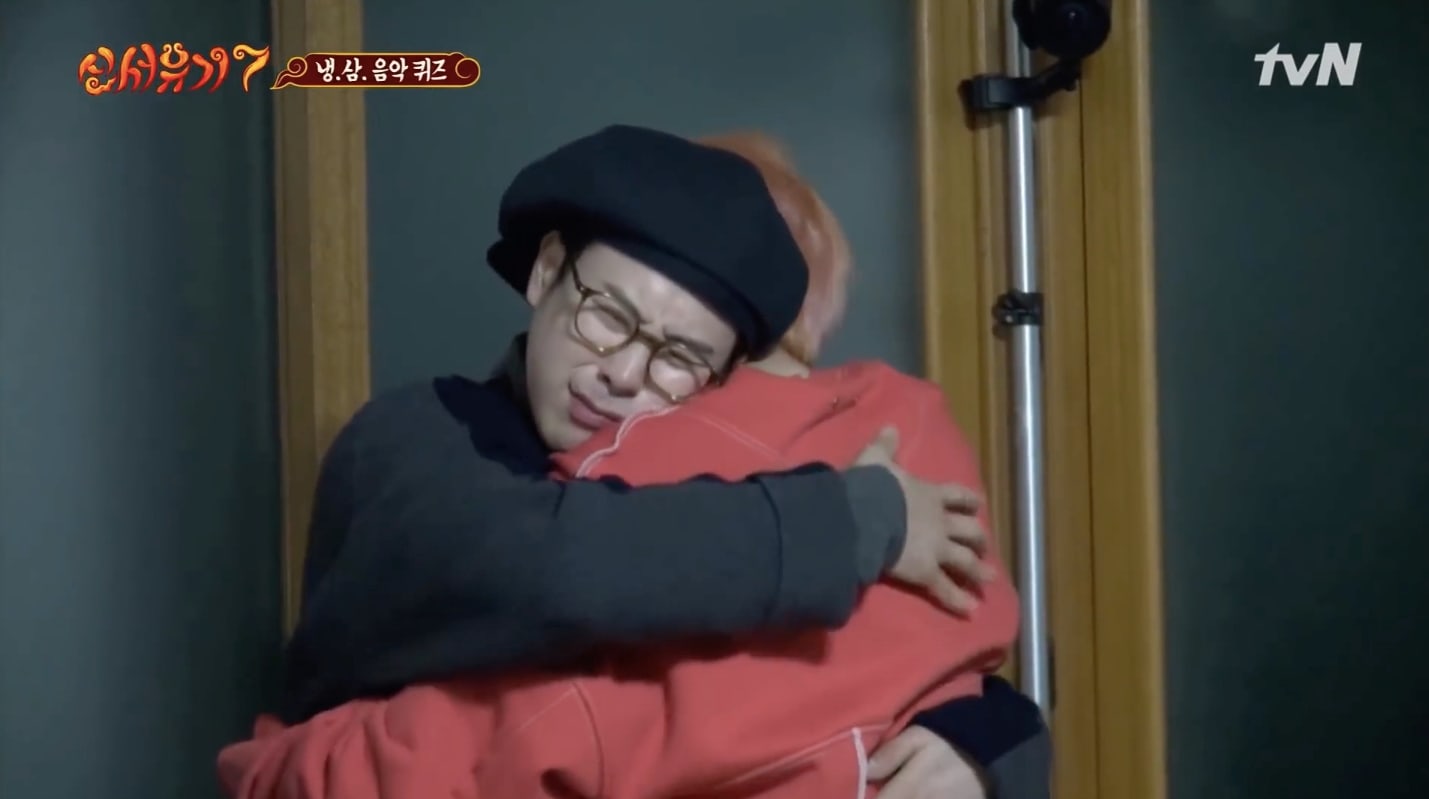 In the end, Song Mino finally recognized the song, but when he raised his hand, he called out uncertainly, “Cho Kyuhyun’s ‘In Front… of Gwanghwamun’?” At that point, Lee Soo Geun stepped in and won the point after managing to remember the correct title.

Song Mino then rose to give Kyuhyun an apologetic hug, explaining with a laugh, “I really like this song, but I didn’t recognize the instrumental introduction.”

In a desperate attempt to make things better, Kang Ho Dong chimed in, “This song did so well that you even starred in the musical, right? ‘At Gwanghwamun’?” A confused Kyuhyun stared blankly at him for a few seconds before realizing that he was talking about an unrelated musical with a similar name. He asked with a laugh, “You mean ‘Gwanghwamun Love Song?’ I wasn’t in that musical.” 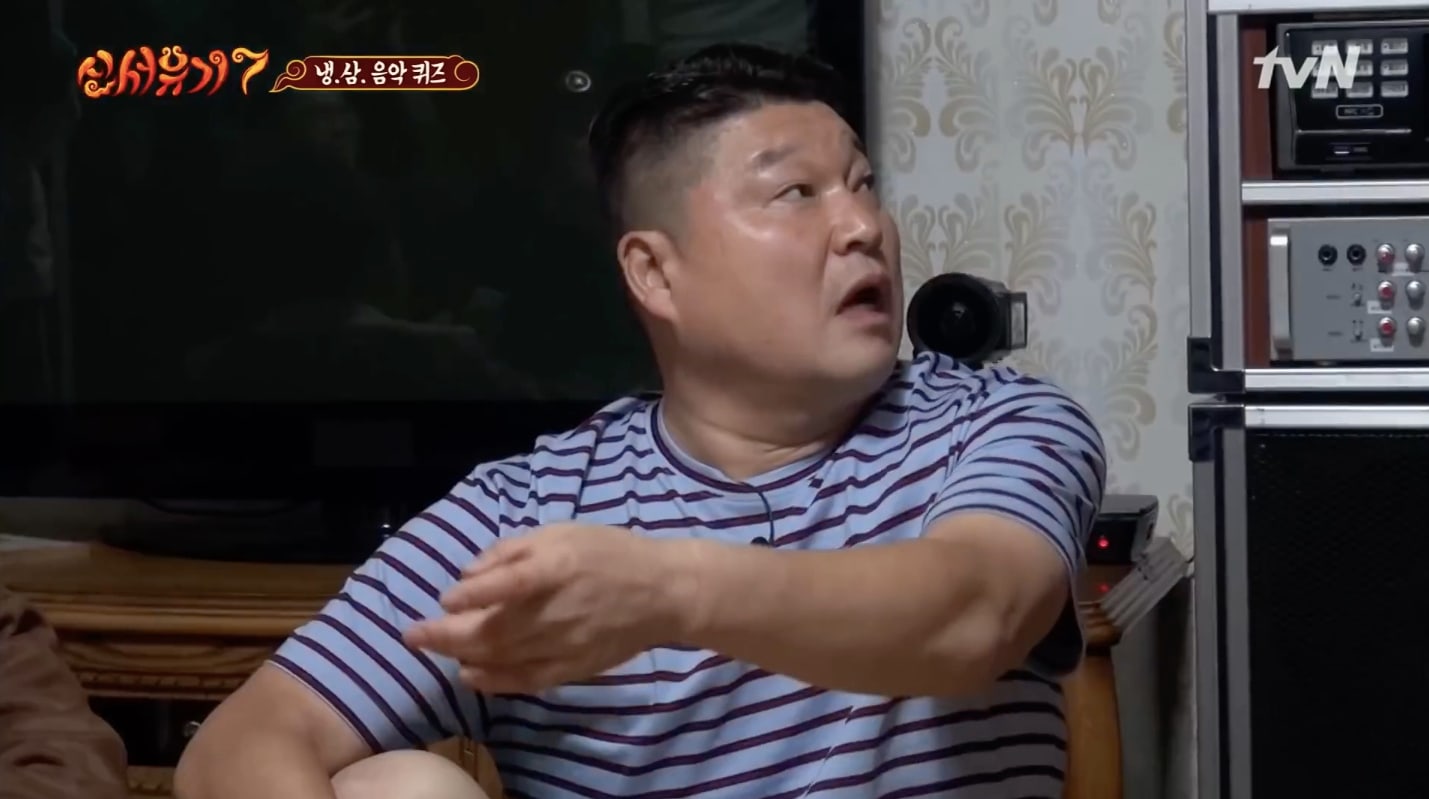 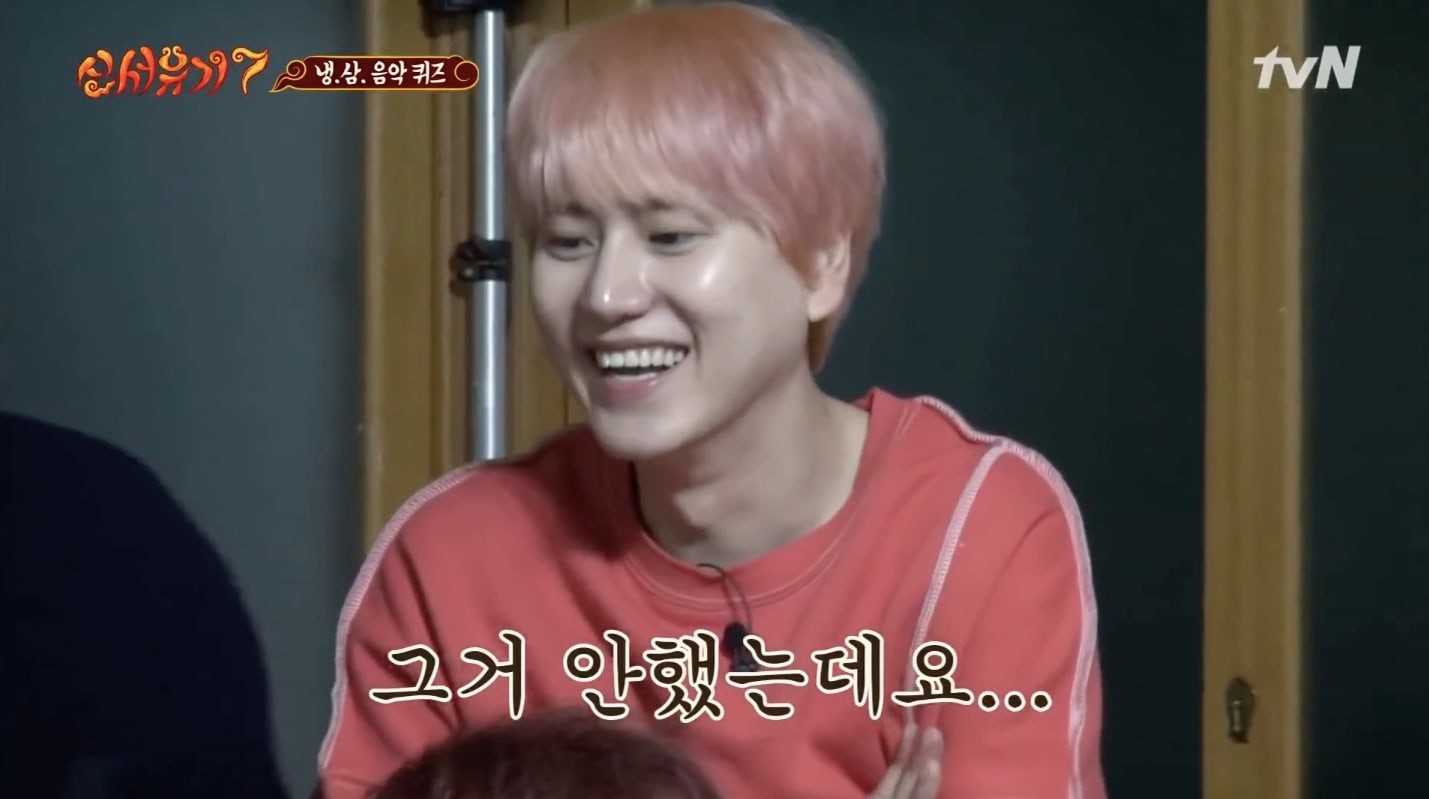 Watch the hilarious clip of the guessing game below!

Block B
Super Junior
Kyuhyun
P.O
New Journey To The West 7
How does this article make you feel?