tvN’s new Wednesday-Thursday drama “Psychopath’s Diary” has shared new stills of how Choi Dae Chul and Kim Ki Doo will be a thorn in Yoon Shi Yoon’s side.

“Psychopath’s Diary” will tell the story of Yook Dong Shik (Yoon Shi Yoon), who loses his memory after getting in an accident while running away from a murder scene. He comes across a diary full of details on how to commit murder, and starts to believe that he is a psychopathic serial killer. 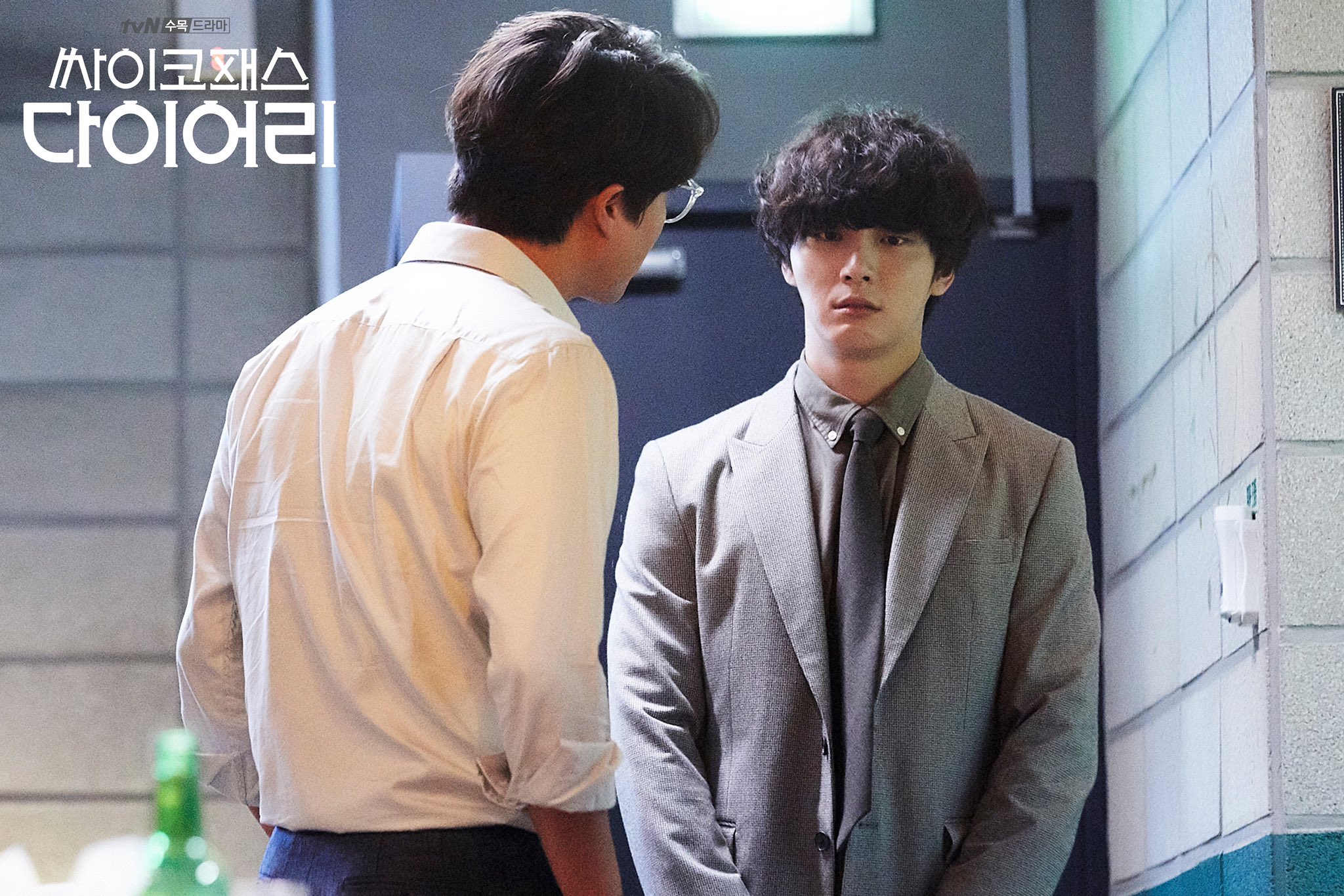 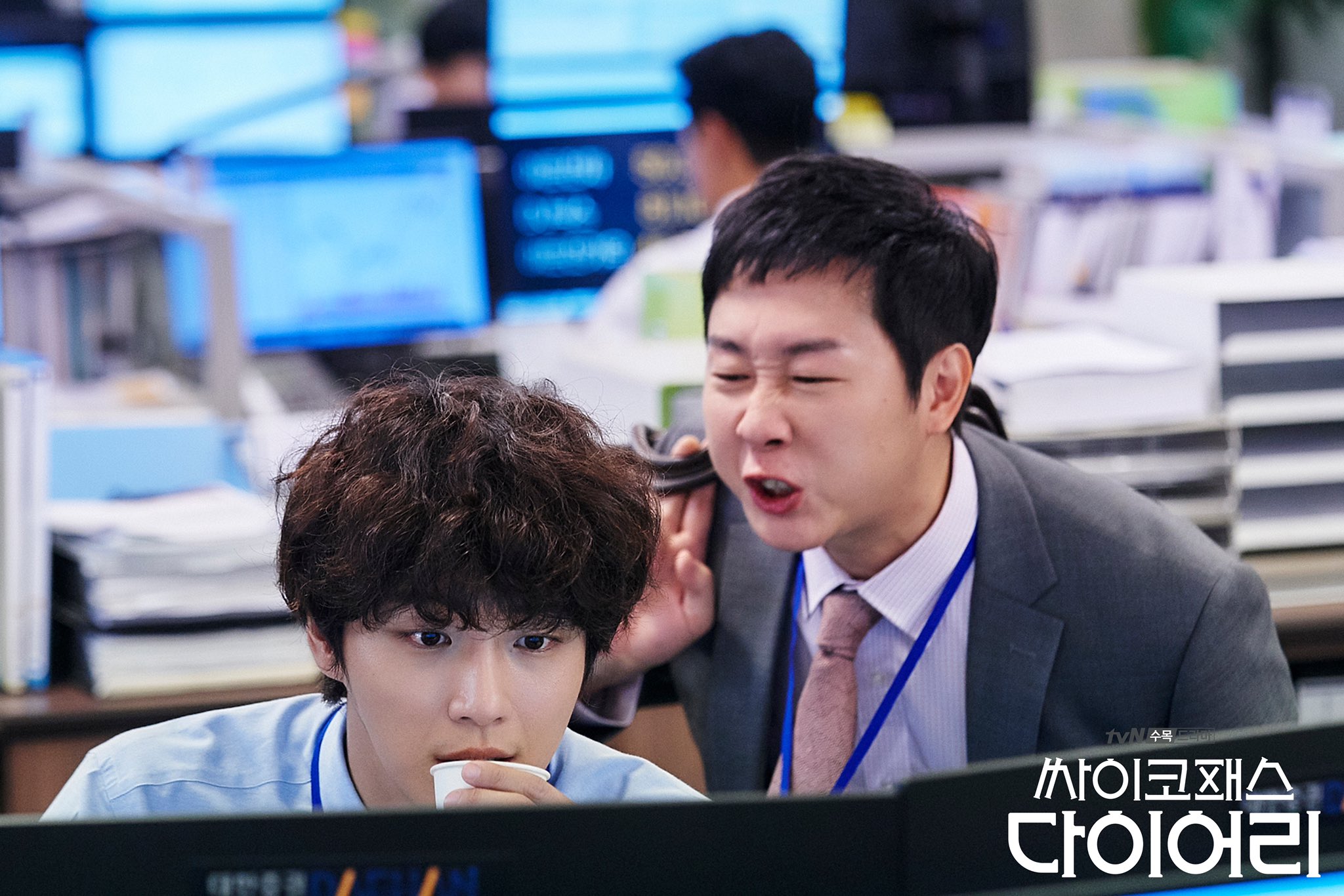 The new stills show Gong Chan Seok and Park Jae Ho teaming up to make Yook Dong Shik’s work life miserable. Between a boss who doesn’t hold back on harsh verbal attacks and power grabs and a co-worker who tries to dump all his work on someone else, Yook Dong Shik’s shoulders are slumped over and he has a sad expression on his face. The pair will also bring big laughs, seen peering over a fence like a pair of meerkats and enjoying themselves in a round of karaoke. 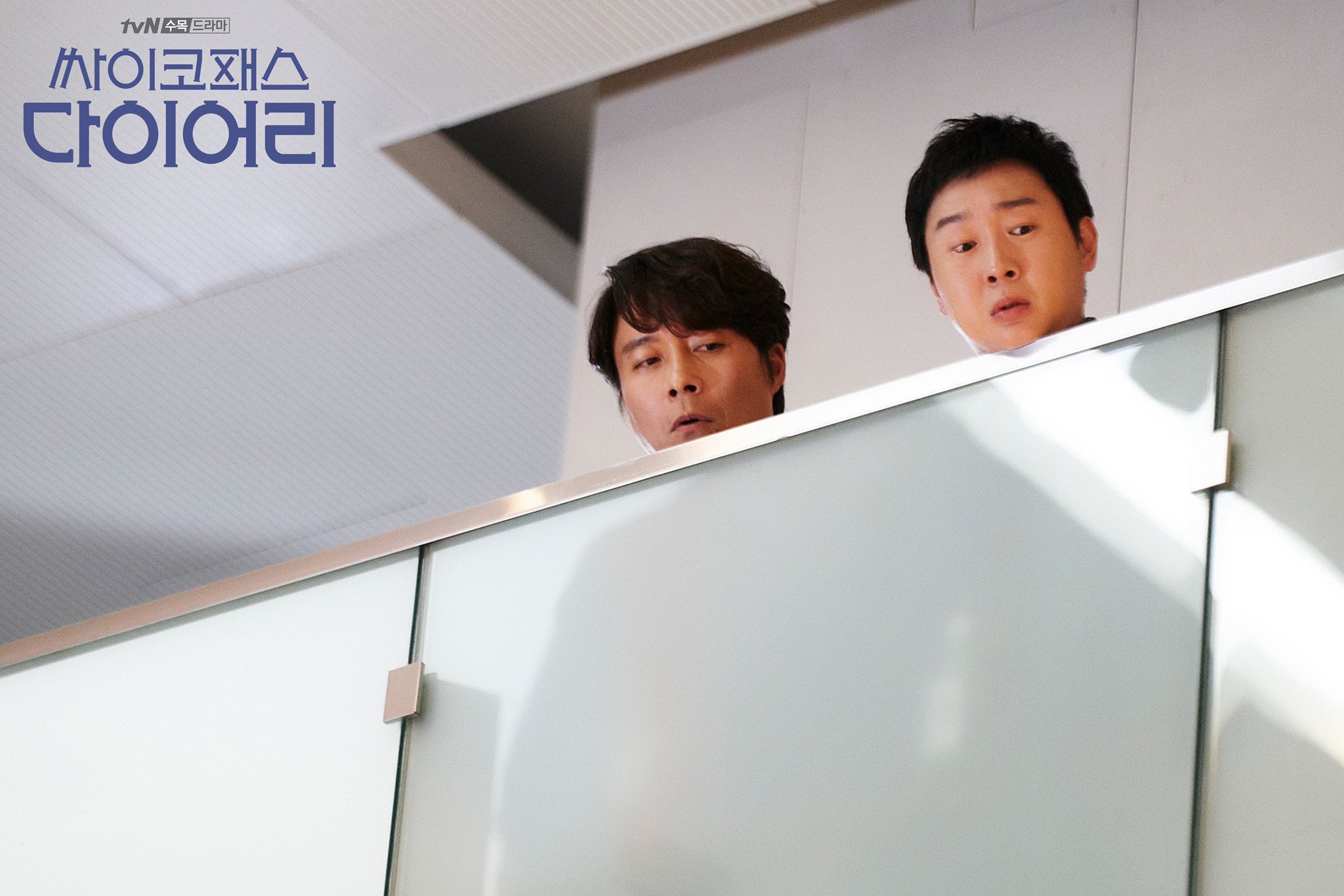 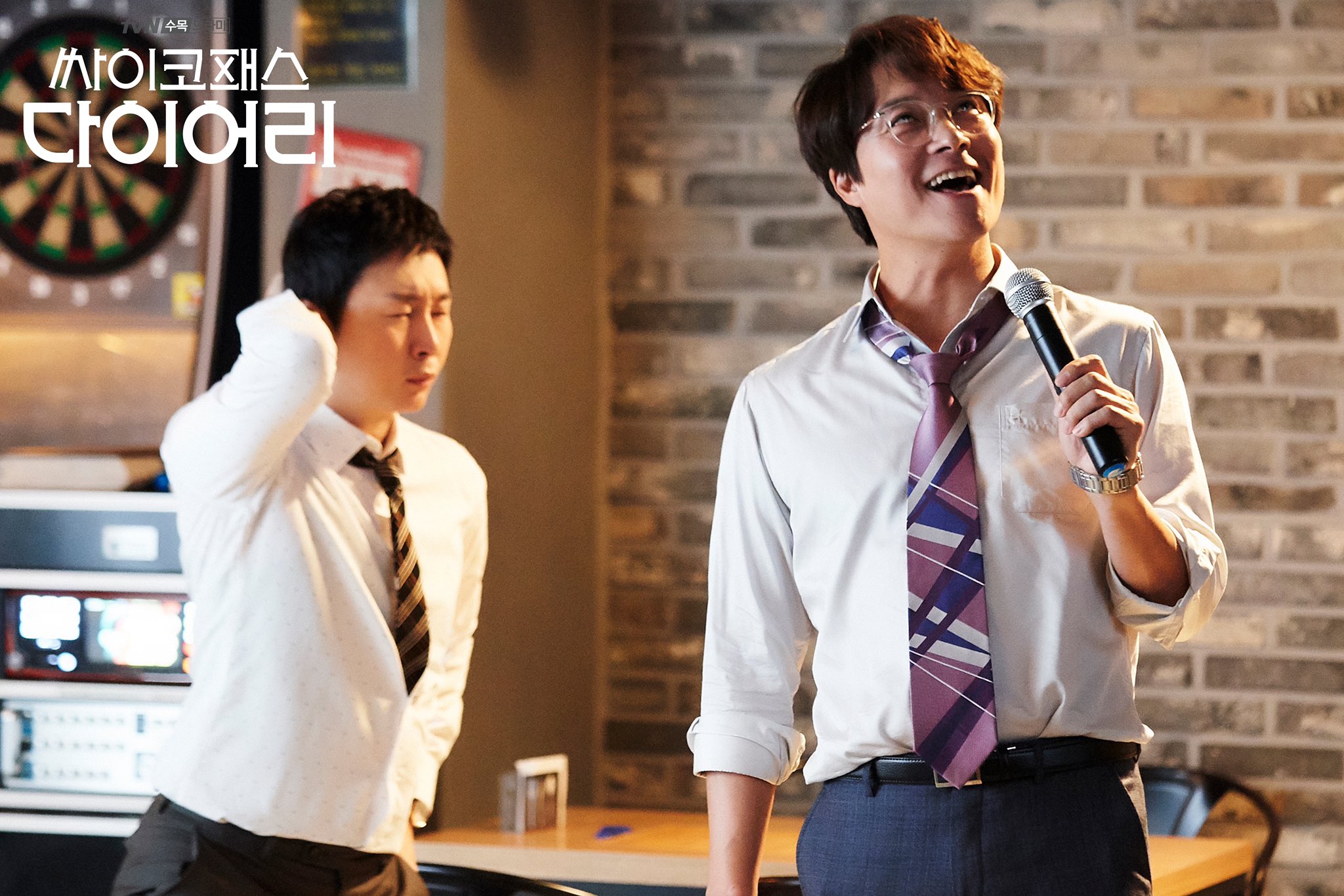 The production staff of “Psychopath’s Diary” stated, “Viewers will be able to relate to Yook Dong Shik as he suffers at work because of Gong Chan Seok and Park Jae Ho. However, once Yook Dong Shik starts to believe that he’s a psychopathic serial killer, things will change for them. Choi Dae Chul and Kim Ki Doo’s teamwork will be something to watch in our drama, so please anticipate it.”

“Psychopath’s Diary” will premiere on November 20 at 9:30 p.m. KST and will be available on Viki! Catch the latest teaser below!