Yoo Jae Suk has finally made his trot debut as Yoo San Seul!

On the November 16 episode of MBC’s “How Do You Play?” Yoo Jae Suk held his first busking event and started to film his music video.

First off, Yoo Jae Suk officially recorded the song “Redevelopment of Love.” Composer Cho Young Soo called over Hong Jin Young for support. She taught Yoo Jae Suk how to sing certain parts of the song, and he was able to use what he learned to show off his trot skills. Hong Jin Young couldn’t hide her astonishment at his skills. 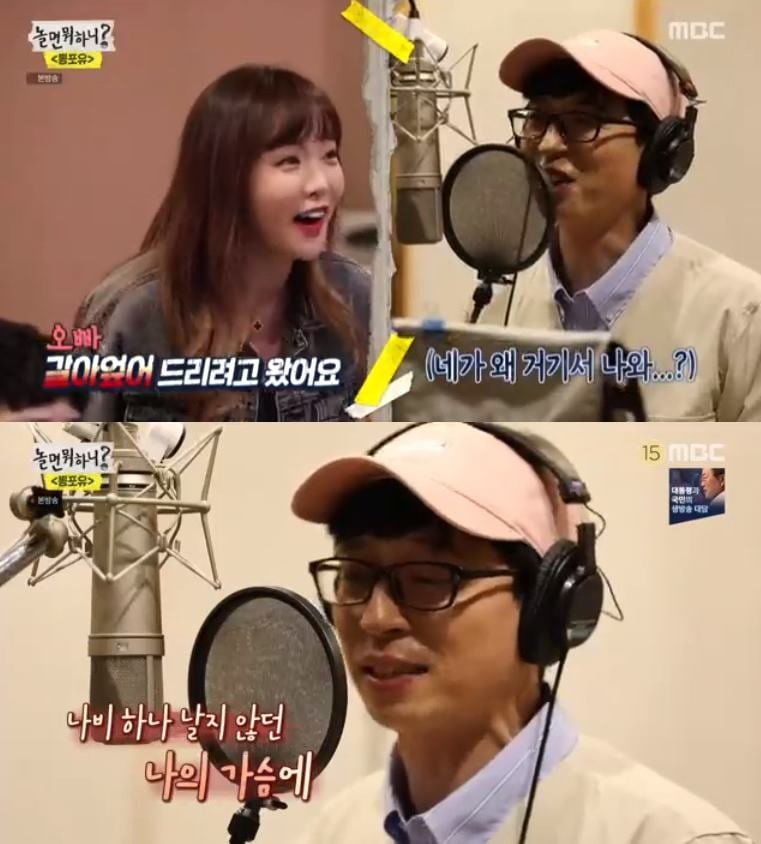 Yoo Jae Suk appeared as Yoo San Seul, and although he looked nervous, he was able to successfully sing “Redevelopment of Love” and receive a positive reaction from the audience.

The busking event ended with Kim Yeon Ja’s “Amor Fati,” and Yoo Jae Suk was unable to hide his excitement. He sang along with her and even danced with the crowd, flustering the veteran singer with his enthusiastic behavior. 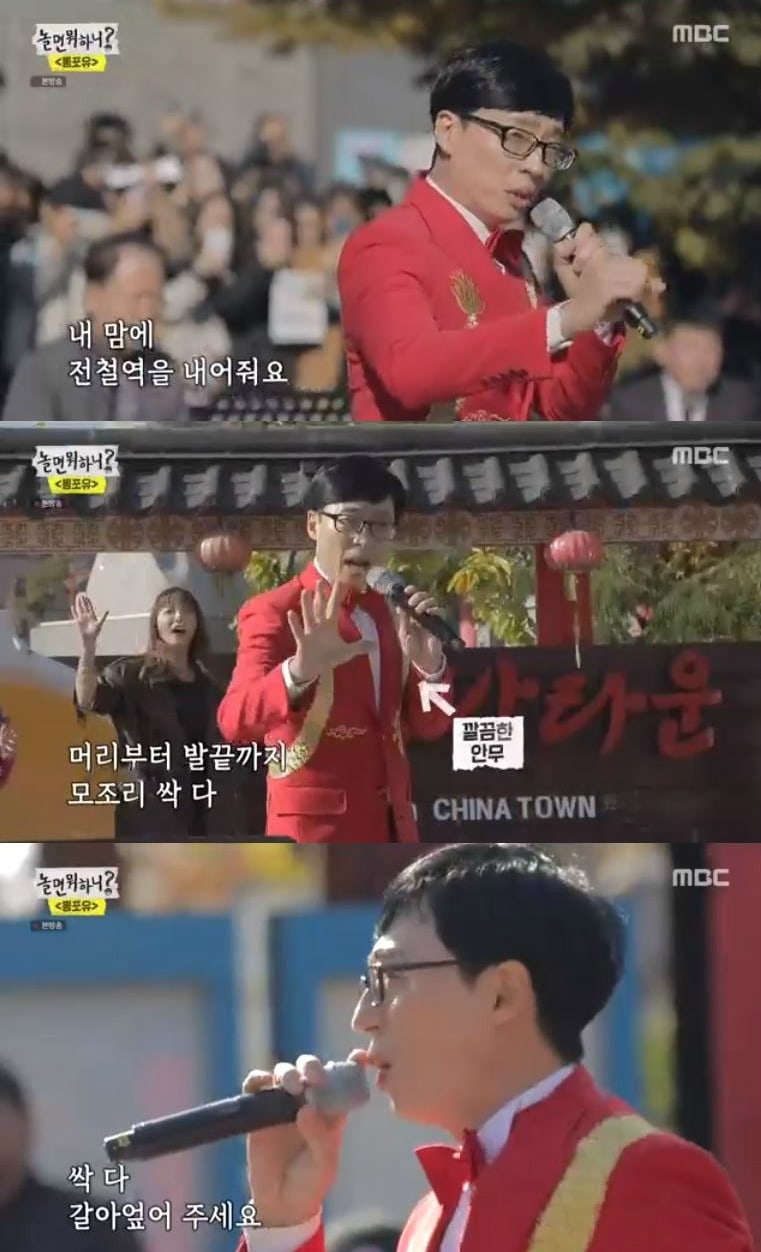 Once he was done with busking, he met with composer Lee Jung Hwan, director Lee Hyung Won, and director Yang Seung Bong, who are professionals when it comes to trot music videos. Yoo Jae Suk, who wasn’t aware of the plans for the music video filming, saw the three professionals for the first time and joked, “I thought they were detectives,” drawing laughter. 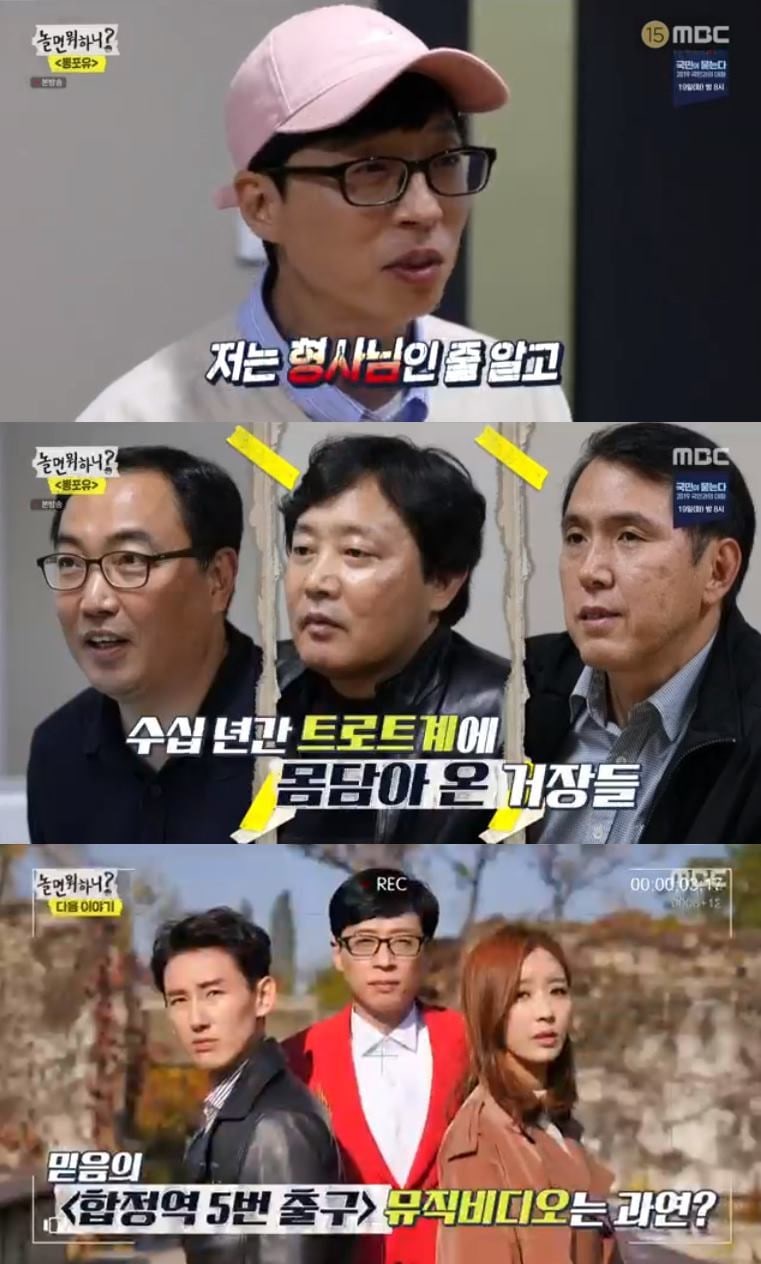 The three men shared they had once finished filming a music video in four minutes. Yoo Jae Suk looked at them questioningly because he thought they were simply trying to wrap up the work as soon as possible.

Yoo Jae Suk requested a music video for “Hapjeong Station Exit No. 5.” However, they didn’t listen to his opinions properly and discussed the content themselves. They went with the lowest budget and claimed it would cost 2.3 million won (approximately $1,976) to film the music video. The preview for the next broadcast showed a sneak peek of the process of making the music video.