“Black Money,” based on a true story, is about a prosecutor named Yang Min Hyuk, who gets thrown into a bind because the suspect he was investigating dies by suicide. He dives into further investigation in order to prove himself innocent and stumbles across a huge case of financial corruption.

The film premiered on November 13, and on November 17, its fifth day in the box office, the film officially surpassed 1 million moviegoers. “Black Money” is racking up tickets sold at a faster pace than director Jung Ji Young’s previous works, which include “Unbowed” (1 million in 8 days) and “I Can Speak” (1 million in 7 days), and is on pace with Gong Yoo and Jung Yu Mi‘s “Kim Ji Young, Born 1982,” which also hit 1 million tickets sold in 5 days.

Congratulations to the cast and crew of “Black Money”! 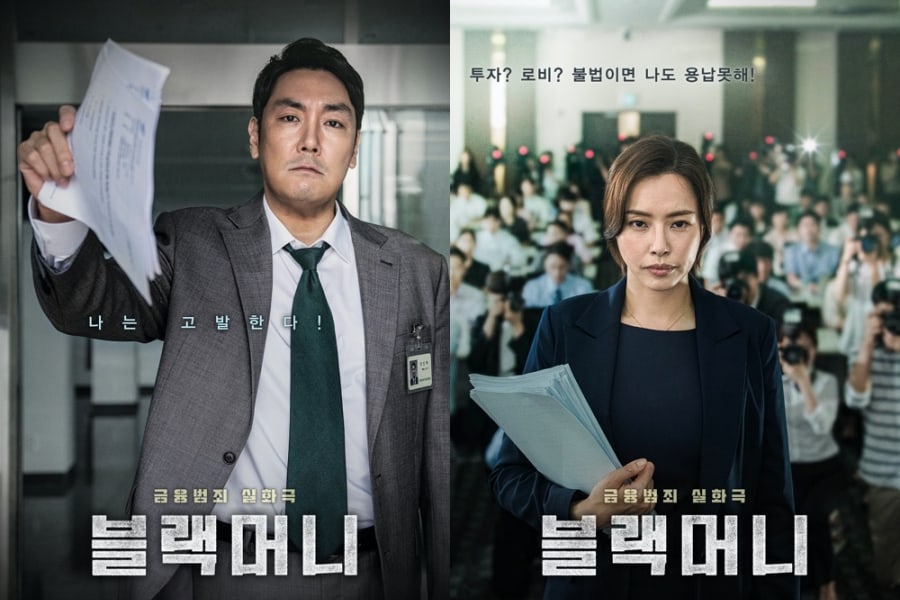