Watch: Stray Kids Points Out What Fans Should Look For In “Astronaut” MV + Re-Enacts Romeo And Juliet Behind The Scenes

Stray Kids has taken their fans behind the scenes of their music video for “Astronaut“!

On November 17, Stray Kids shared new behind-the-scenes footage from the filming of their latest music video. The song “Astronaut” will be featured on their upcoming mini album “Clé : LEVANTER,” along with their October digital single “Double Knot.” The album will be released on December 9.

The clip begins with footage from Seungmin’s individual cut as he excitedly jumps around the rooftop. Following his shoot, he begins to take photos of his fellow members, commenting, “I just took photos that should go in our album,” and Felix confirms, “He’s gotten a lot better.” Stray Kids then moves onto their group shot as they all daringly stare into the bright sky and dance around to their song. 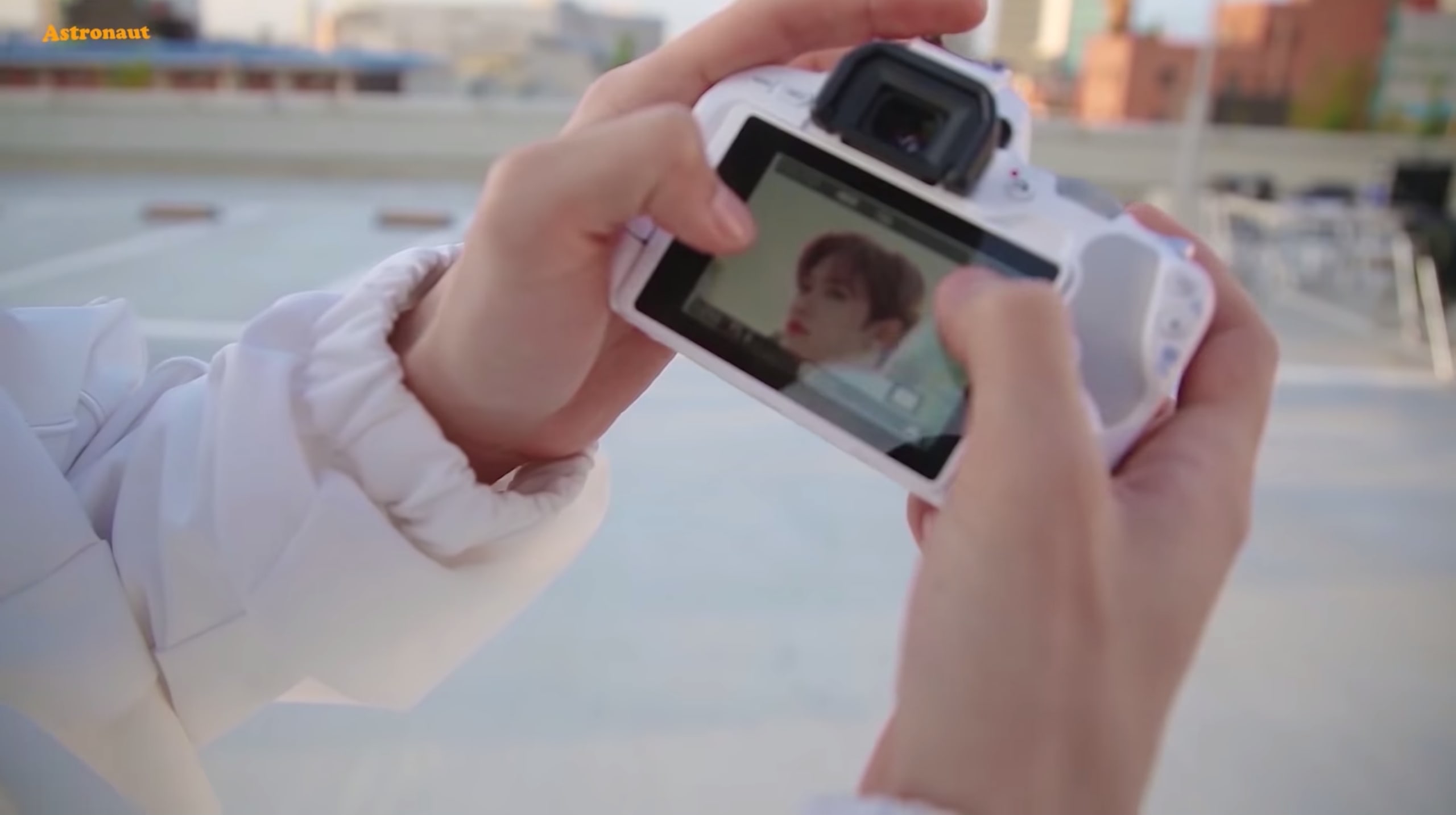 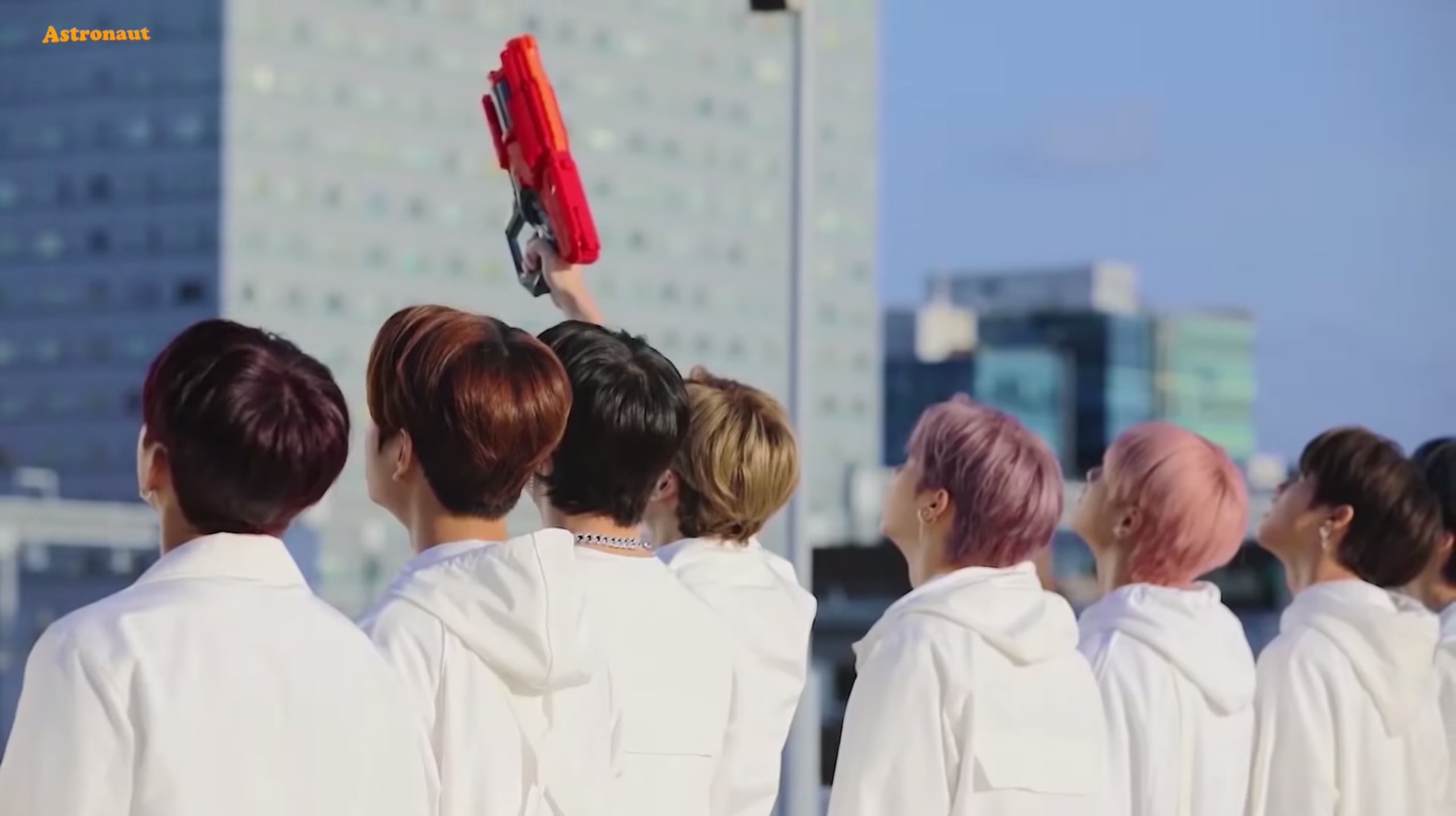 For their unit filming, the group moves inside. The members play around on the set, which includes a fenced cage, but once shooting begins, they quickly turn professional. During Hyunjin’s individual cut, he films a variety of scenes running around different sets. Explaining the meaning behind the scene, he remarks, “I filmed a scene where I’m running around different places looking for the source of an unknown sound. However, I’m shocked to come across the truck that appeared in ‘Side Effects.’ The reason why I’m shocked is for STAY [Stray Kids’ official fandom] to figure out.” 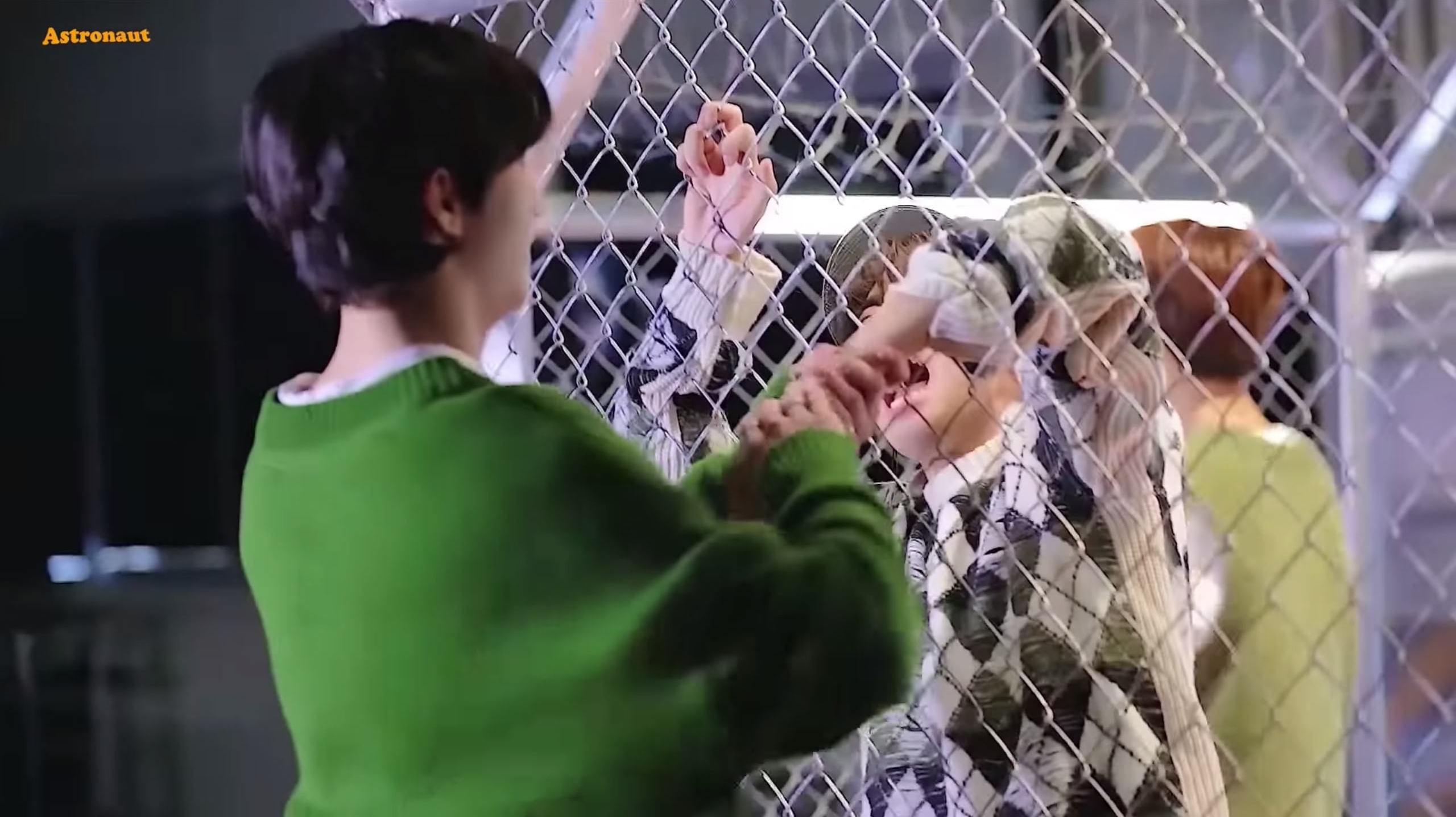 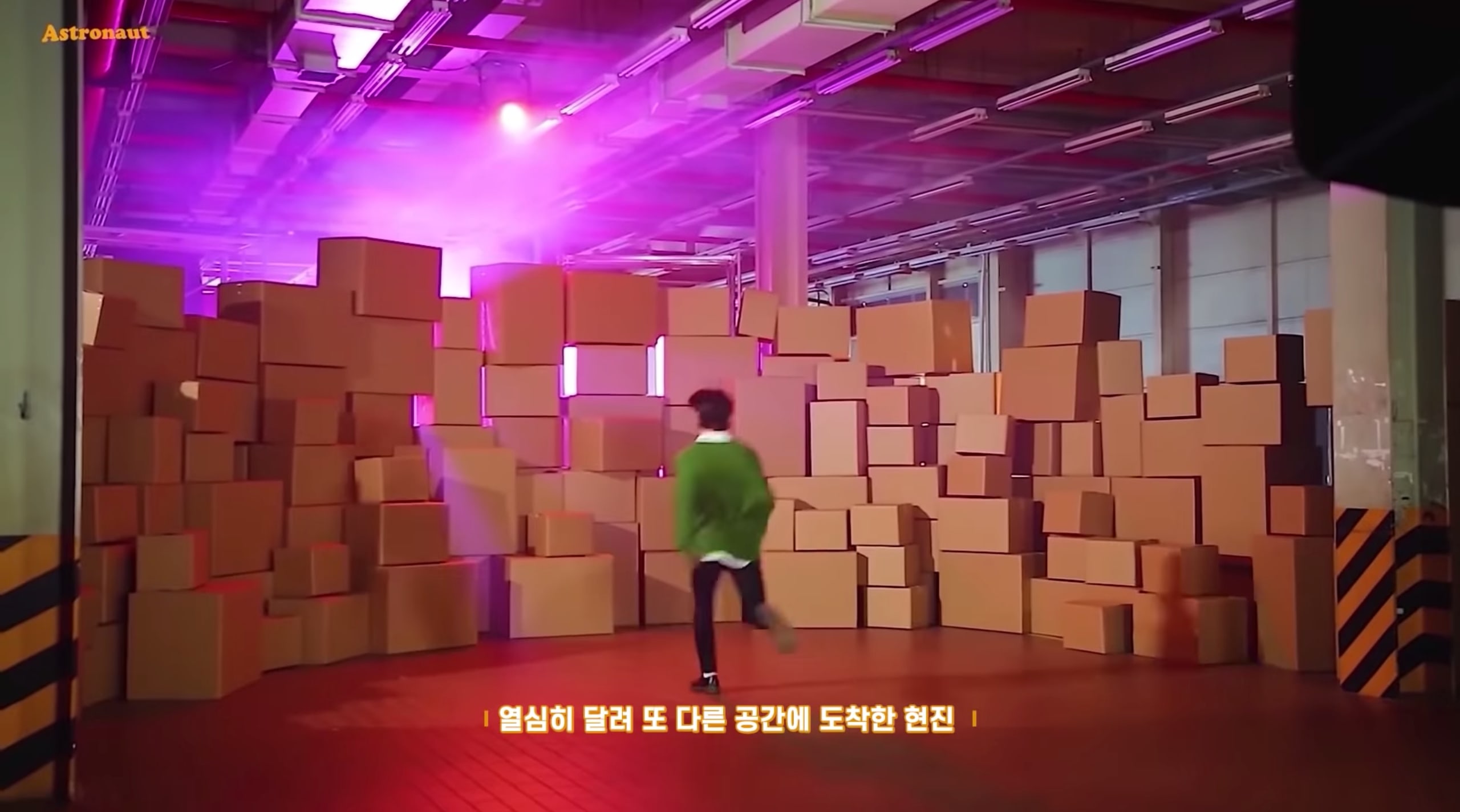 The clip goes on to show Bang Chan, Lee Know, Felix, and Changbin all shooting their individual cuts as well. Following his turn, Changbin sits down to explain the track, sharing, “I think the song expresses powerful and determined sentiments like ‘Let’s go anywhere,’ ‘We can do it,’ and ‘It doesn’t matter where we are’ in a youthful way that is unique to Stray Kids.” He continues, “I think our STAY will probably… really like it?” Han adds, “We’re filming [this music video] like a story, and I think we’re filming it in a way that is more dynamic than other music videos. There’s a lot of story [to the video].” 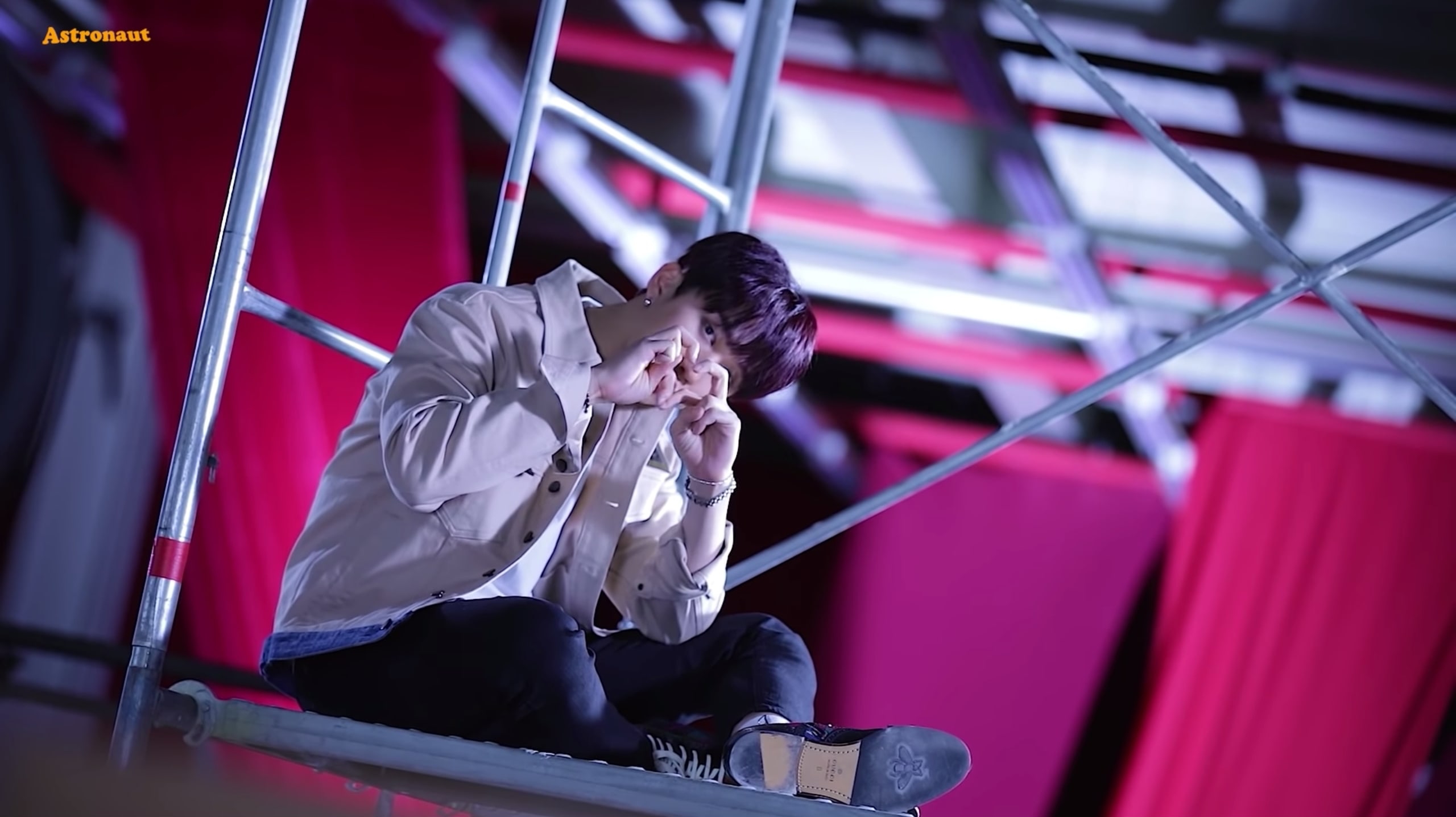 In a different cut featuring Bang Chan and Hyunjin, the members are fascinated by their walkie-talkie props. While filming a serious scene, Bang Chan has trouble keeping a straight face while dramatically making eye contact with Hyunjin.

Bang Chan playfully comments, “It’s hard to keep a poker face. I was on the phone with someone. Who is it? That, I can’t tell you.” He keeps up the premise, continuing, “You have to come quick. Right now I’m in a white place that weirdly has one door.” He then notes that the person might not come if he says only that, so he adds, “There’s also chicken, pizza, pork belly, and tripe here. I don’t know if you guys will be able to read my lips.” 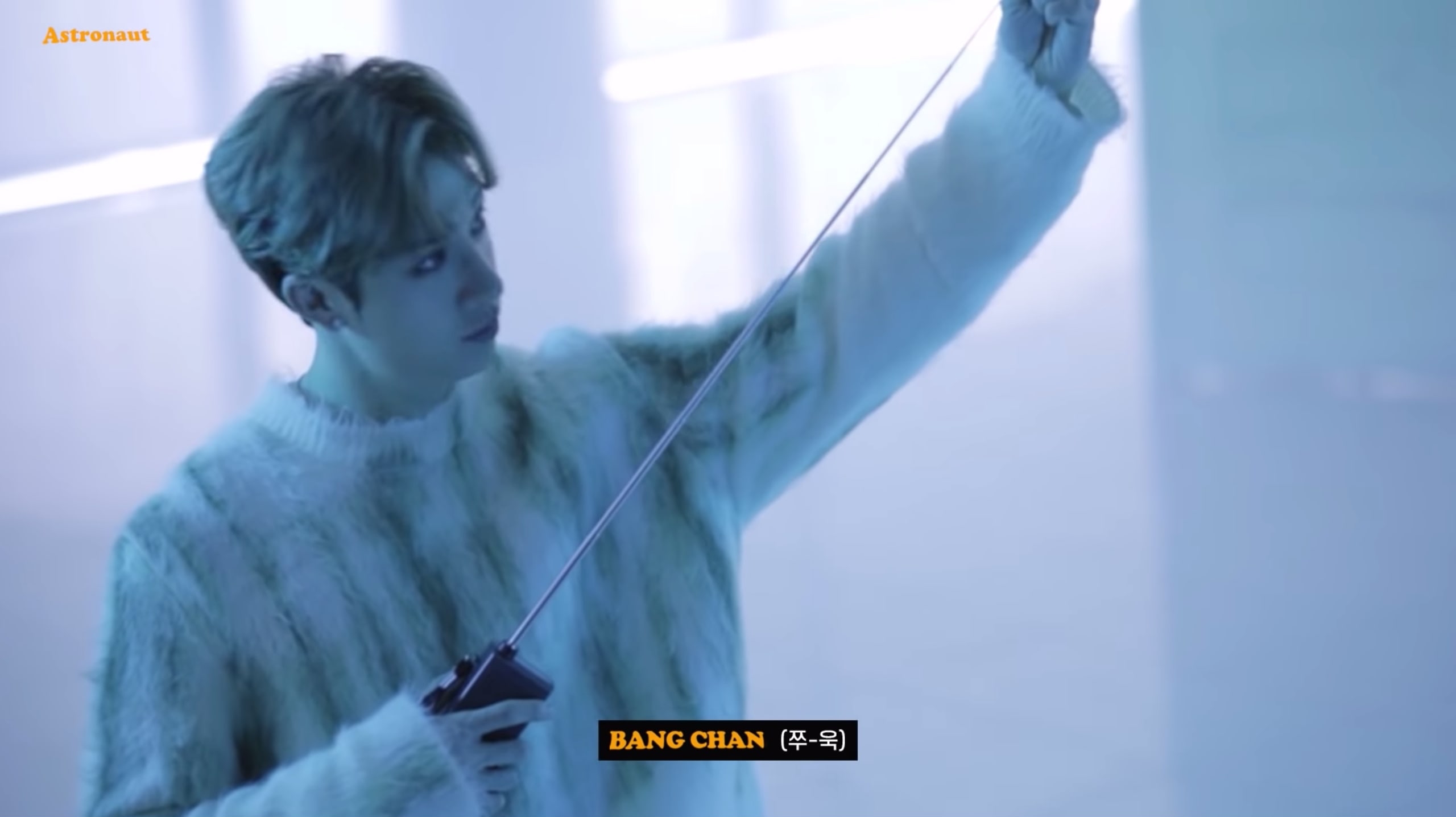 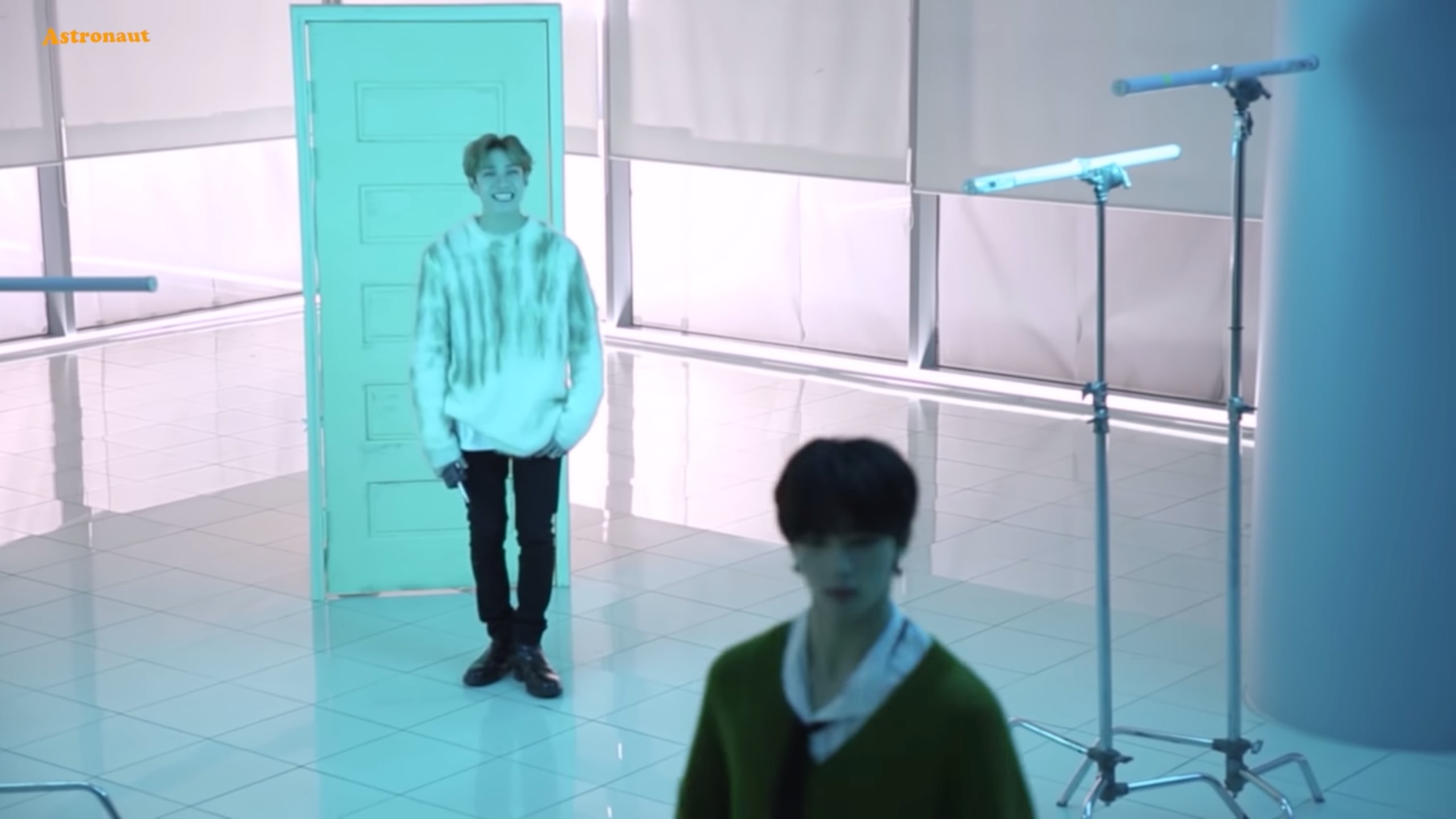 Once the sun goes down, the boys head back to the rooftop for their final shoot. They playfully run around and climb different playground structures, playing an exciting game of freeze tag. After the shot, Han and Hyunjin are hanging onto a pole when Han calls out, “Romeo.” Although Hyunjin begins a dramatic “Titanic” impersonation, Han sticks to his narrative to transform into Han-liet as he catches his falling Romeo.

Once exhausted from their extensive acting, they take a seat before suddenly pretending to be actors that don’t know each other very well. As they shake hands, Han excitedly exclaims, “As expected of actor Hwang!” Hyunjin asks how long it’s been since he’s joined the industry, to which Han jokingly responds, “Oh, me? It’s only been 30 years. But my age is only 20.” 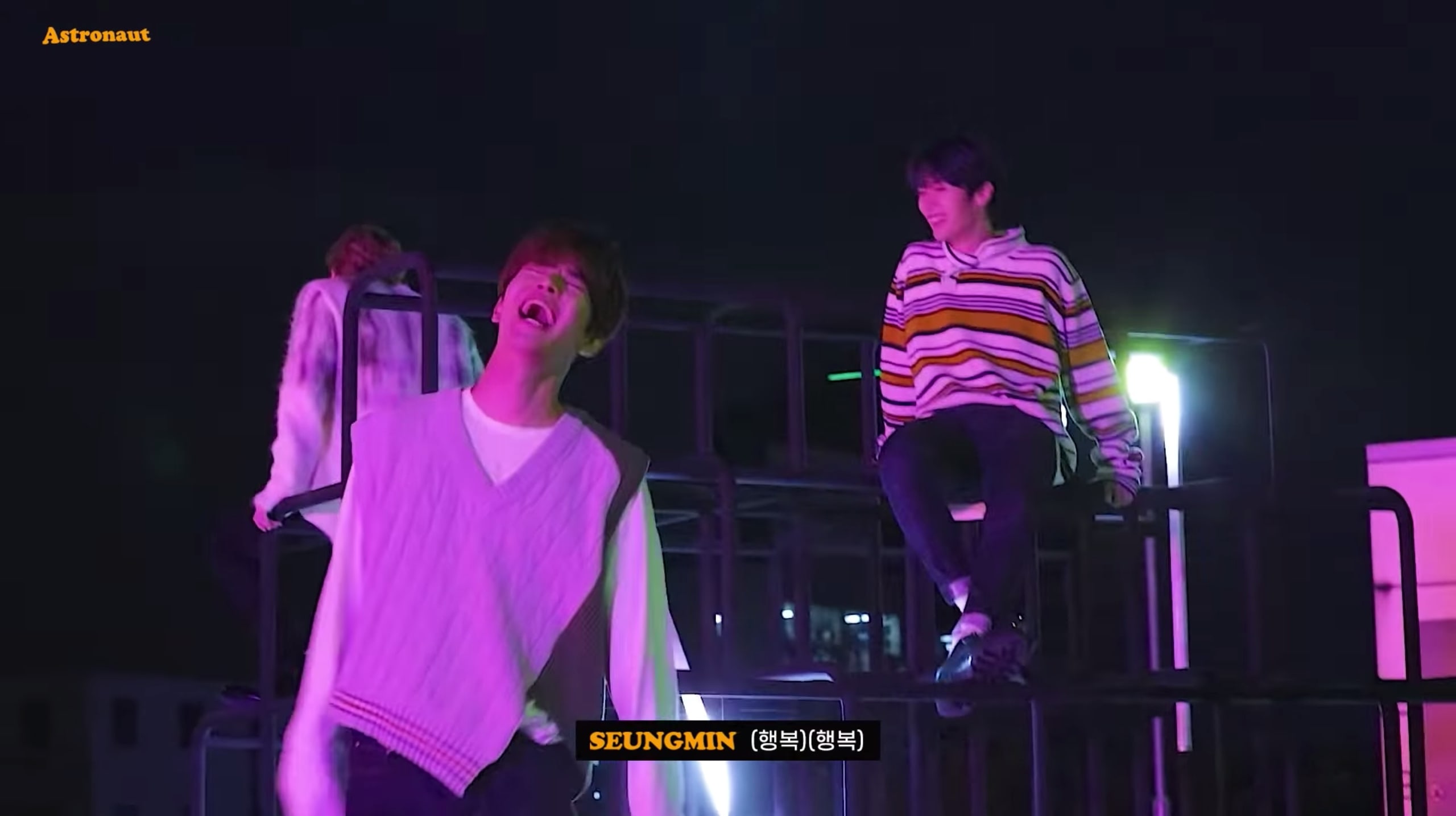 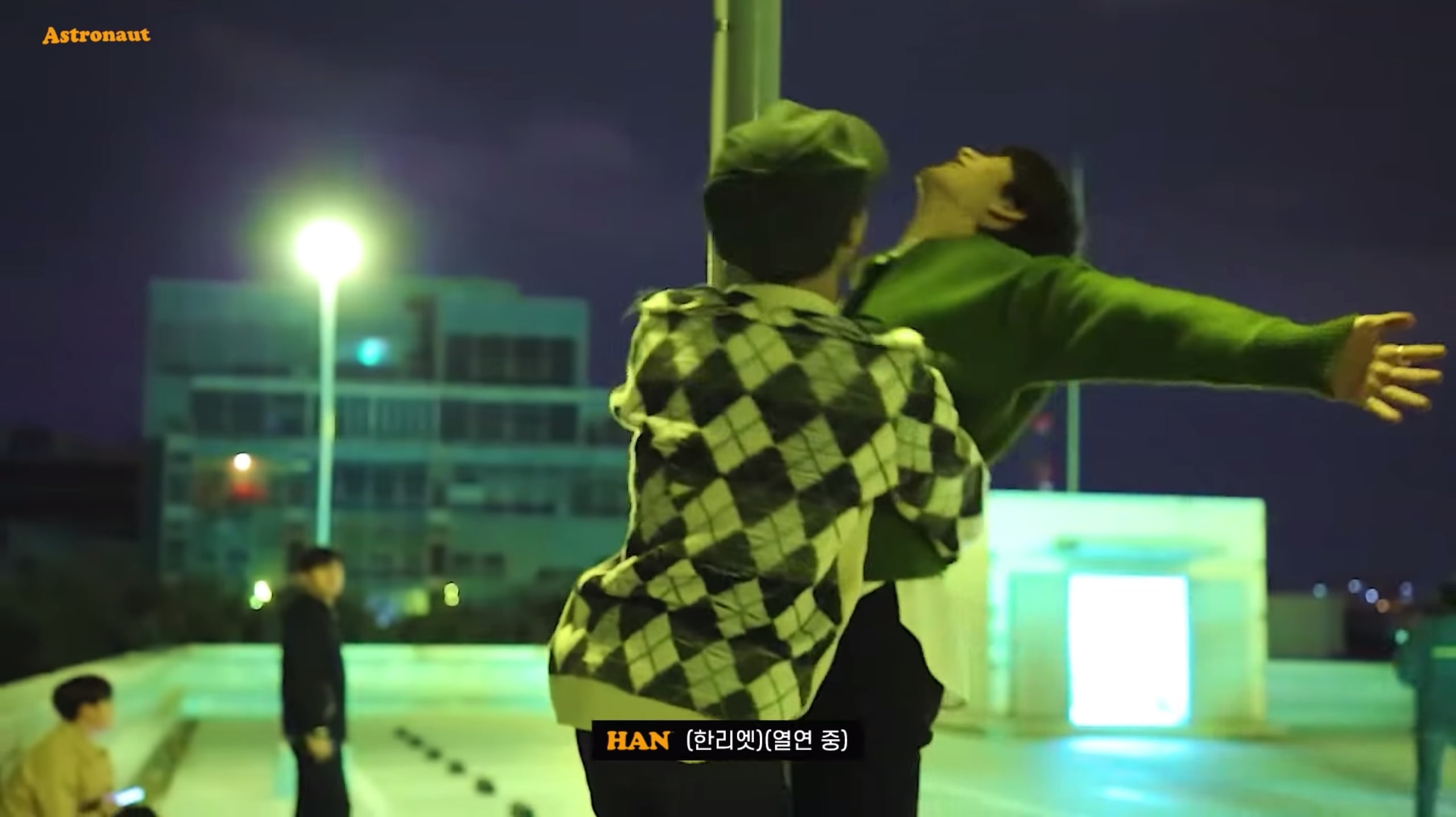