APRIL’s Naeun recently participated in a photo shoot for the December issue of style magazine @star1!

In her interview with the magazine, Naeun, who is currently appearing in MBC’s “Extraordinary You,” talked about how she prepared for the drama, in which she plays a comic book character.

She revealed that as research, “I binge-watched KBS2’s ‘Boys Over Flowers‘ and SBS’s ‘Heirs.'”

Naeun also sang a song for the drama’s soundtrack, called “Feeling.” “I discussed the drama with my fellow [APRIL] members and found the right vibe for the song. Recording it was really fun.”

On her gig as an MC for SBS’s “Inkigayo,” Naeun said, “Because it’s a role where I introduce artists to the viewers and studio audience, I’m doing my best to host the show with a bright energy.” 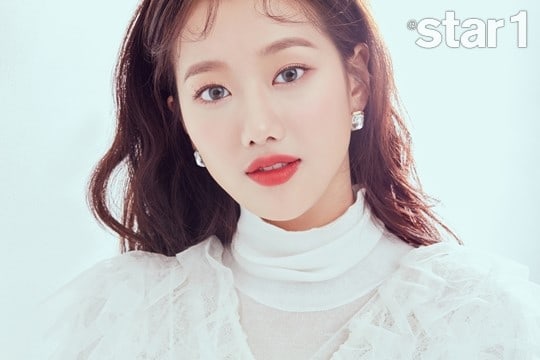 Watch the latest episode of “Extraordinary You” below!

APRIL
@star1
Naeun
How does this article make you feel?