Yoon Shi Yoon and Jung In Sun showed off their chemistry with unlikely characters in new images for tvN’s upcoming drama “Psychopath Diary”!

“Psychopath Diary” tells the story of Yook Dong Shik (played by Yoon Shi Yoon), a man who gets into an accident while running away from a murder he witnesses and loses his memory. He stumbles upon a diary that records the process of committing murders, and he begins to believe that he is a psychopathic serial killer.

In the newly-released images, Yook Dong Shik is in total control over his upstairs neighbor, gangster Jang Chil Sung (played by Heo Sung Tae). Although Jang Chil Sung looks tough and menacing on the outside, he is actually a faint-hearted scaredy-cat and is terrified of Yook Dong Shik. When the two encounter each other at the elevator, Jang Chil Sung freezes and looks at a nonchalant Yook Dong Shik with wide eyes, making viewers smile at the unexpected reversal of roles. 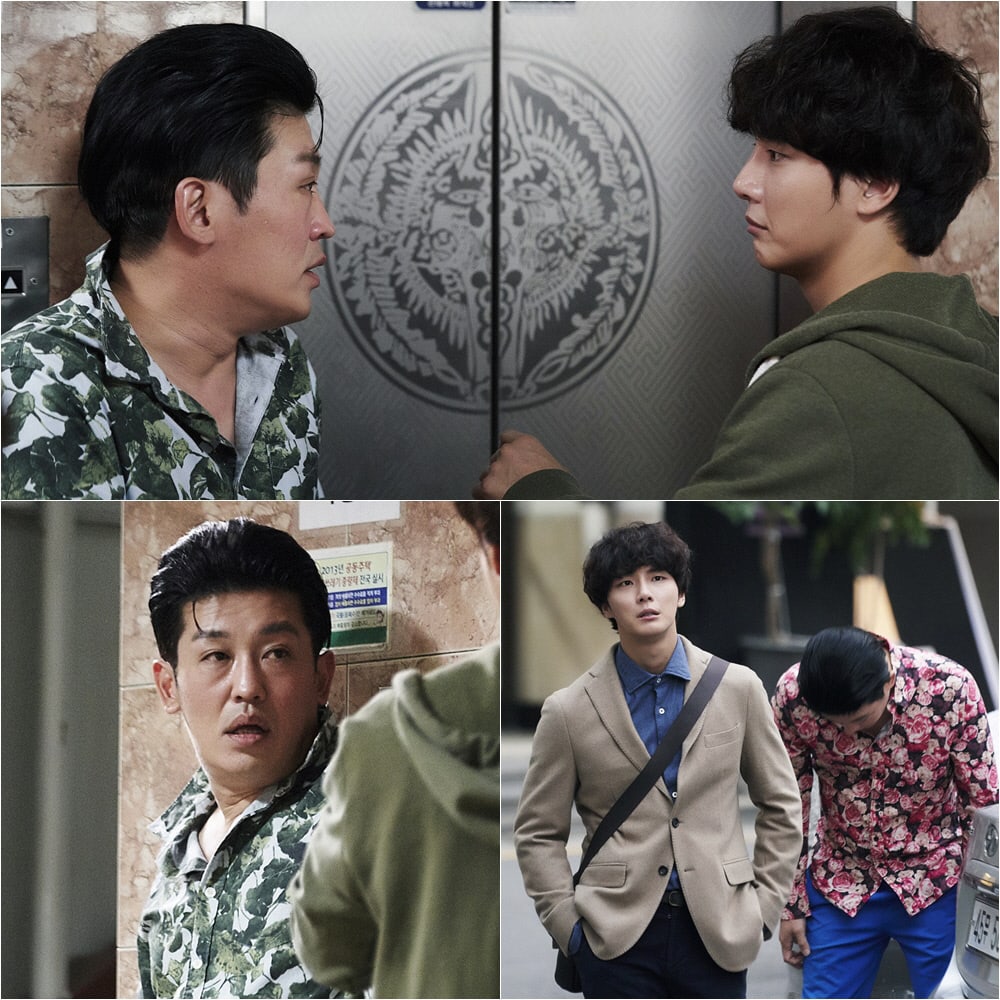 A producer for “Psychopath Diary” said about the pair, “Heo Sung Tae will provide big laughs as he cowers in fear of Yoon Shi Yoon. Even the staff cracked up at seeing this new wimpy side of Heo Sung Tae. Viewers will surely fall for his reverse charm. Please look forward to it.”

Meanwhile, Jung In Sun takes the role of Shim Bo Kyung, a neighborhood police officer who lived while pursuing reality over her dreams but is still full of passion. Kim Myung Soo plays her father Shim Seok Goo, a legendary former violent crimes detective who hurt his head working a case.

In their set of images, the pair is the embodiment of the phrase “like father, like daughter” as they concentrate on an investigation with their hands on their chins and wearing identical expressions. They further draw attention for their perfectly compatible outfits, with Shim Bo Kyung in her police uniform and Shim Seok Goo donning a fedora and trench coat, heightening anticipation for the antics the duo will show in the drama. 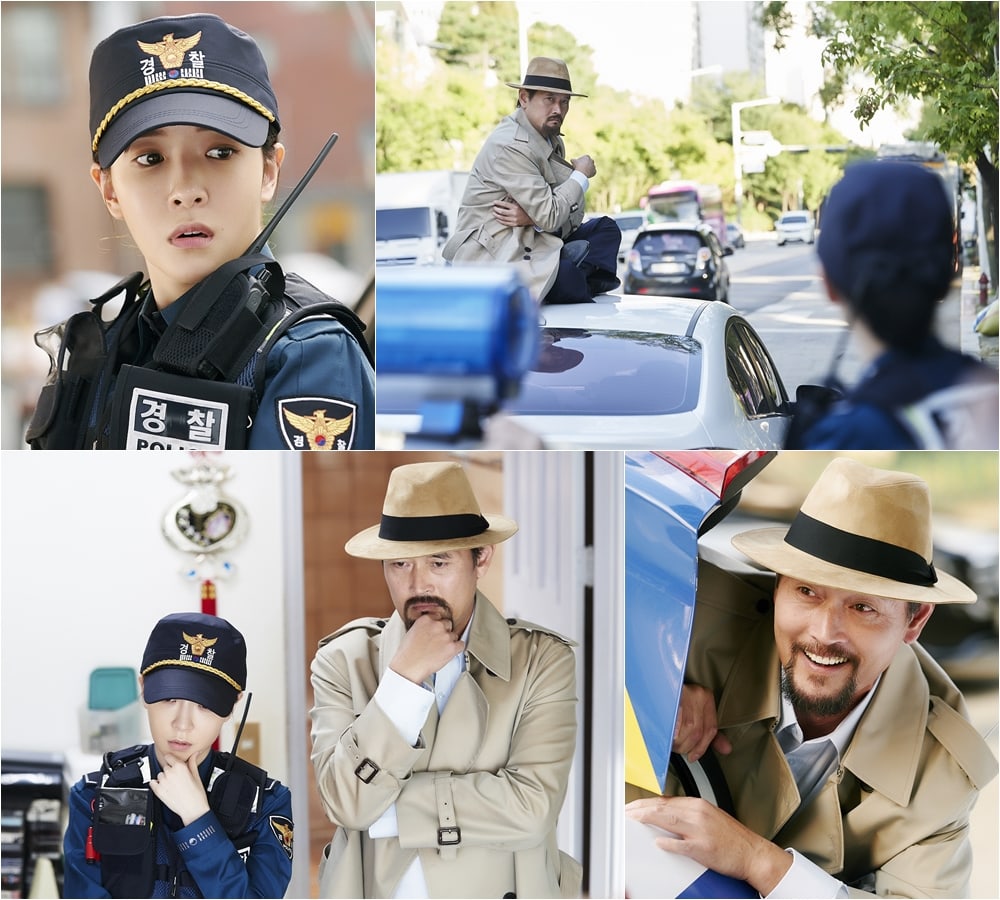 A producer for “Psychopath Diary” stated, “Kim Myung Soo will bring fun to viewers by showcasing dualistic acting as a detective father with strong intuition in investigations and a father with the intellect of a child. He’ll especially draw laughs by making a grand appearance whenever Jung In Sun is at the site of a serial murder. Their chemistry will further add to the fun of the drama. Please look forward to ‘Psychopath Diary.'”