“VIP” tells the story of an elite team of professionals who take care of the VIP clients at a high-end department store. It is also about the stories of working women who are trying to survive in both the workforce and their marriages.

In the newly-released stills, Na Jung Sun and Park Sung Joon hint at the happier times in their lives, especially on their wedding day. Na Jung Sun is visibly nervous as she stands in her wedding dress and holds her father’s hand. Park Sung Joon stares at his bride with a happy expression. 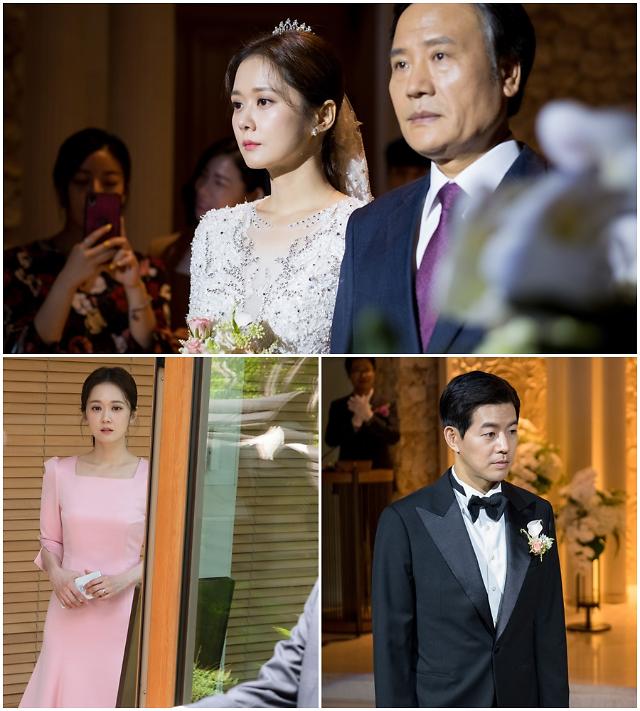 Another still showcases Na Jung Sun after the wedding ceremony. After discovering something unexpected, she wears a perplexed expression on her face.

The production crew praised Jang Nara and Lee Sang Yoon for their beauty and stated, “Please watch the sixth episode, where Na Jung Sun’s past will be unraveled and [viewers’] empathy for the character will rise further.”

The next episode of “VIP” will air on November 19 at an earlier time slot of 9 p.m. KST due to live coverage of a soccer match.

Catch up with the latest episode of “VIP”: