On November 19, Good Data Corporation revealed the weekly rankings of the dramas and cast members that generated the most buzz over the past week. The results come from the company’s analysis of news articles, blog posts and online communities, videos, and social media for 28 currently airing and upcoming dramas from the week of November 11 to 17.

For the third week in a row, KBS’s “When the Camellia Blooms” topped the buzzworthy dramas list. Compared to last week, its score jumped up by 9.76 percent, encouraged by the new plot developments that occurred during its broadcast. Of the cast members, Gong Hyo Jin topped the list of buzzworthy actors and Kim Kang Hoon and Kang Ha Neul also made the list at No. 5 and No. 6 respectively.

Also for the third week in a row, MBC’s “Extraordinary You” ranked No. 2 on the list of most buzzworthy dramas. Three of its cast members were also included in the buzzworthy actors ranking: Kim Hye Yoon at No. 2, SF9’s Rowoon at No. 3, and Lee Jae Wook at No. 7.

In third place is KBS’s “The Tale of Nokdu,” with both of its lead actors, Jang Dong Yoon and Kim So Hyun, also ranking on the actors list at No. 4 and No. 8 respectively. This is an improvement from last week, when the drama ranked fourth.

Jumping up several places from last week is JTBC’s “Chief of Staff” Season 2, now in fourth place. This is the second season of “Chief of Staff,” a political drama that focuses on the behind-the-scenes dealings of political aides and staff members at the National Assembly. Of its talented cast, Lee Jung Jae ranked at No. 9 on the actors list.

Finally, tvN’s “Catch the Ghost,” which stars Moon Geun Young and Kim Seon Ho in a story about subway police trying to catch a serial killer, also broke in to the Top 5 this week, seeing its score rise by 1.63 percent. 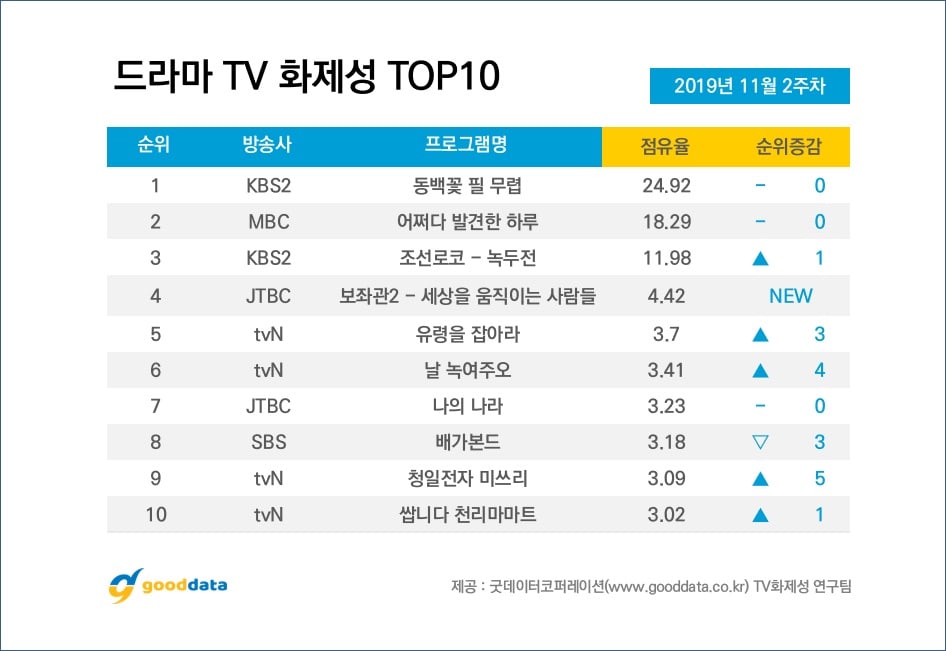 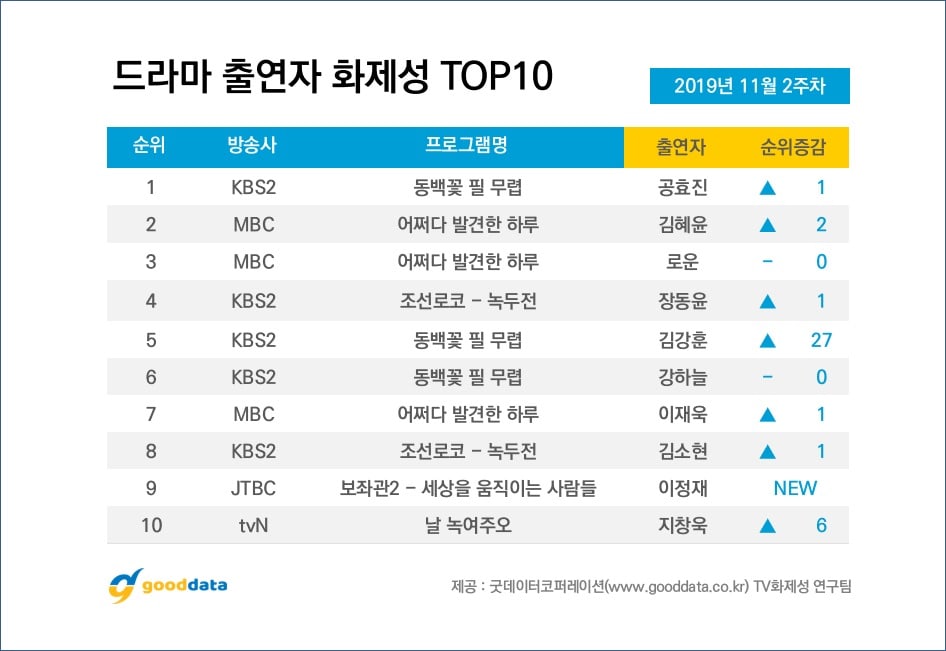