Lee Dong Wook was named one of GQ Korea’s “Men of the Year” for the second year in a row, and he featured in a fun and striking photo shoot for the magazine as well as shared honest thoughts about his career and more.

The actor was one of four stars who received the title this year, along with WINNER‘s Song Mino, Oh Hyuk, and NU’EST’s Minhyun. He was also chosen as one of the magazine’s “Men of the Year” in 2018. 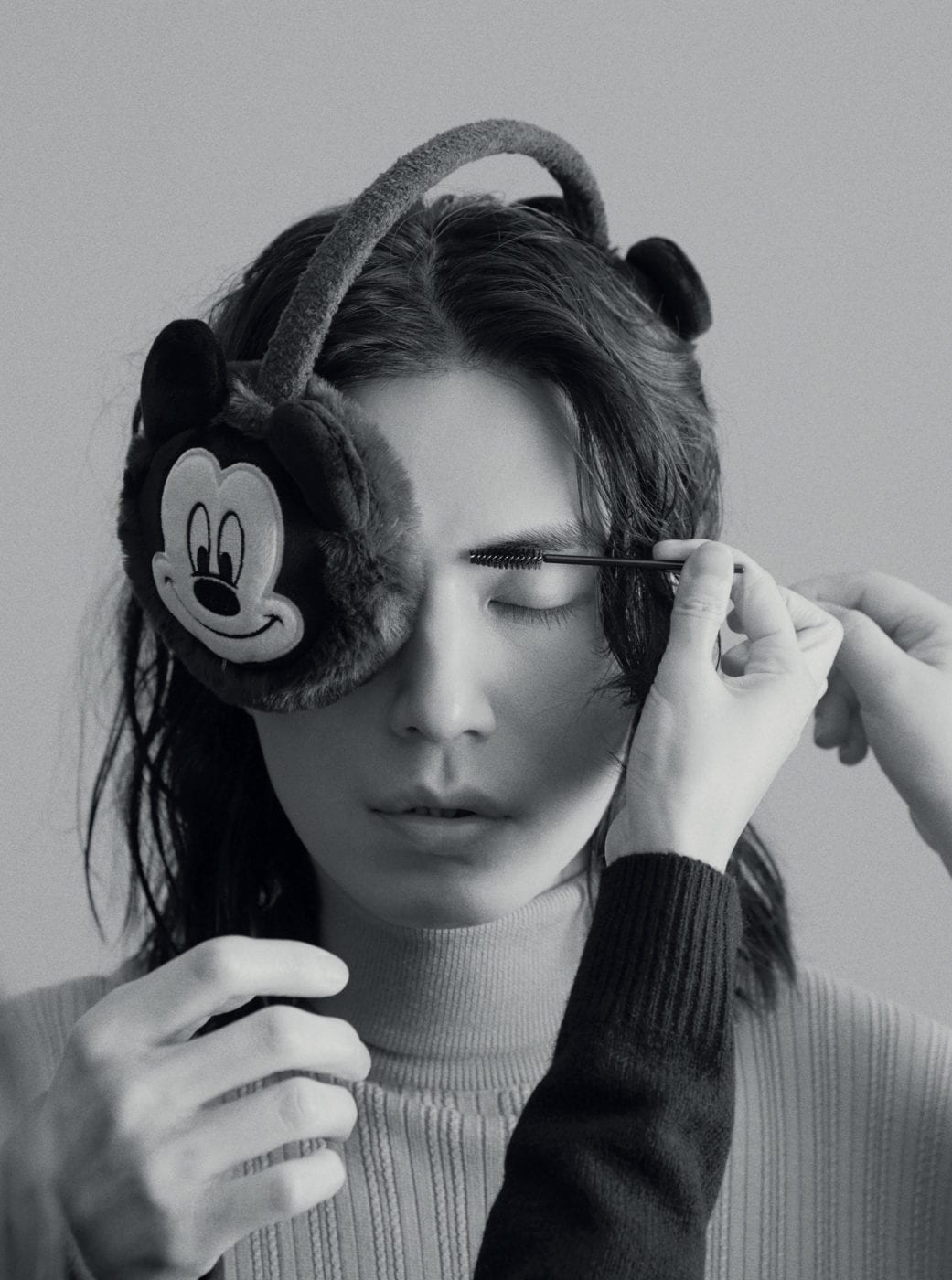 Lee Dong Wook took on a challenge with the unique Mickey Mouse-themed pictorial and a long hairstyle, and he said he had fun doing it. “It gives me the chance show something surprising,” he said. “Long extensions were put in my hair, and this is my first time doing a shoot where I use silly props.”

When asked if he’s too old to like Mickey Mouse, Lee Dong Wook said he’s definitely not. “Whenever I go abroad, I always go into a Disney store,” he said. “Going there cheers me up. Even when I’m old enough to be a grandfather, that feeling won’t change.”

Lee Dong Wook will soon be hosting his own talk show “Because I Want to Talk”, and he shared how he felt when he was first approached with the idea to make his own show. “At first I said, ‘Why are you asking me?'” he explained. “The producers contacted me after seeing an interview where I said that I wanted to do a talk show and they’d found all the programs I’ve hosted in the past. Two years ago at my fan meeting, I hosted an American-style talk show with Gong Yoo as the ‘Because I Want to Talk’ and they said they saw that too. I thought about it a lot, of course. I wanted to do it, but I was scared. But I think there will definitely be a fun to it that can’t be found in acting.” 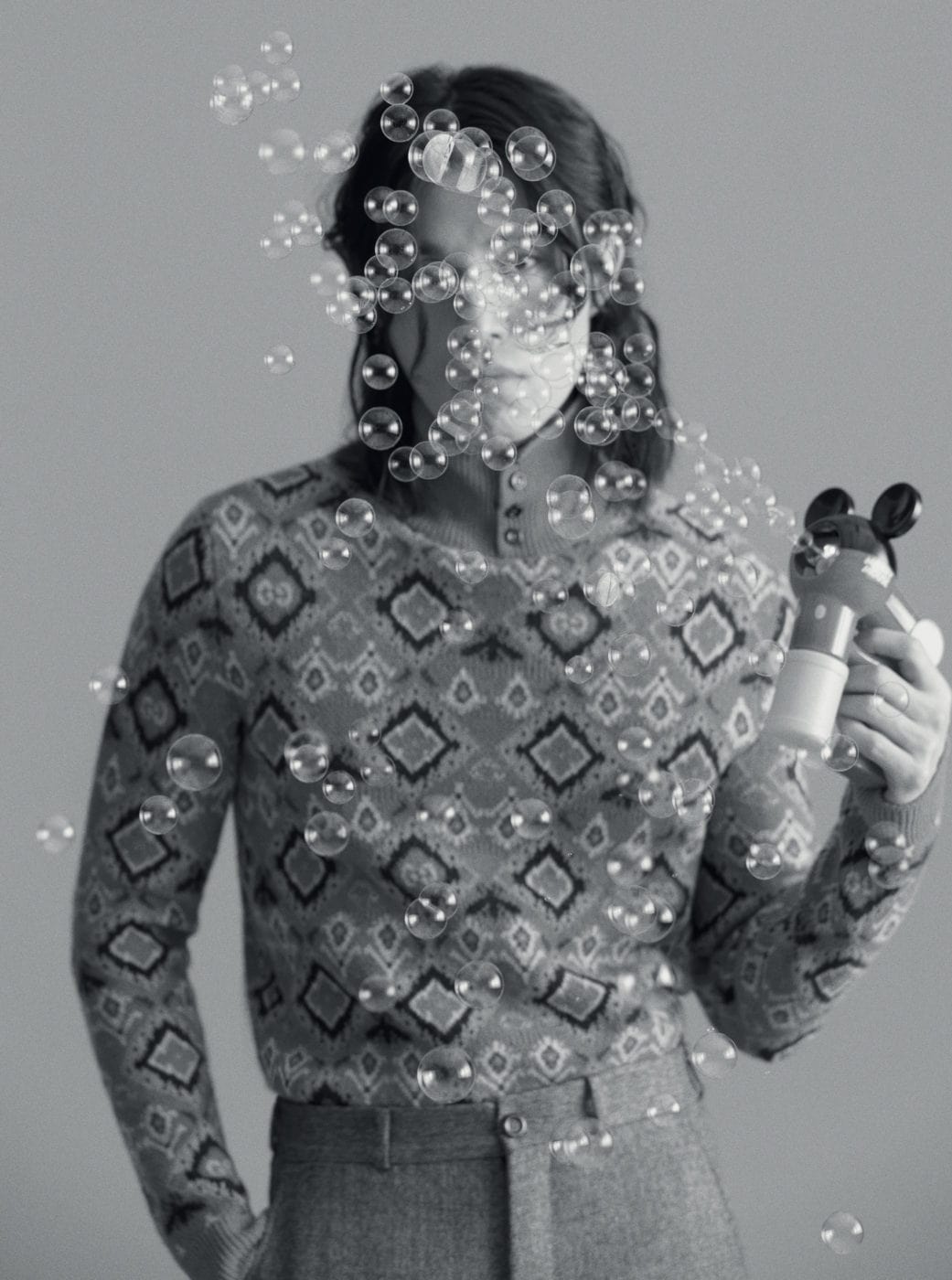 When asked what’s drawn him to talk shows in particular, Lee Dong Wook explained that he was very introverted when he was a child and he’d tried to change that part of his personality while he was working. “I’d purposely talk a lot and try to lead the conversation,” he said. “It brought me some small happiness, and I improved at holding a conversation. I wanted to test myself to see how good I am at hosting and if I’m skilled enough to make people laugh.”

Lee Dong Wook also talked about his future plans. “If things go as I’d like, I want to keep acting, of course,” he said. “I really love this work and it makes me happy to have fans too. However, since it’s a job where I have to be chosen, it doesn’t always go as one would like. That’s why one has to try hard.” 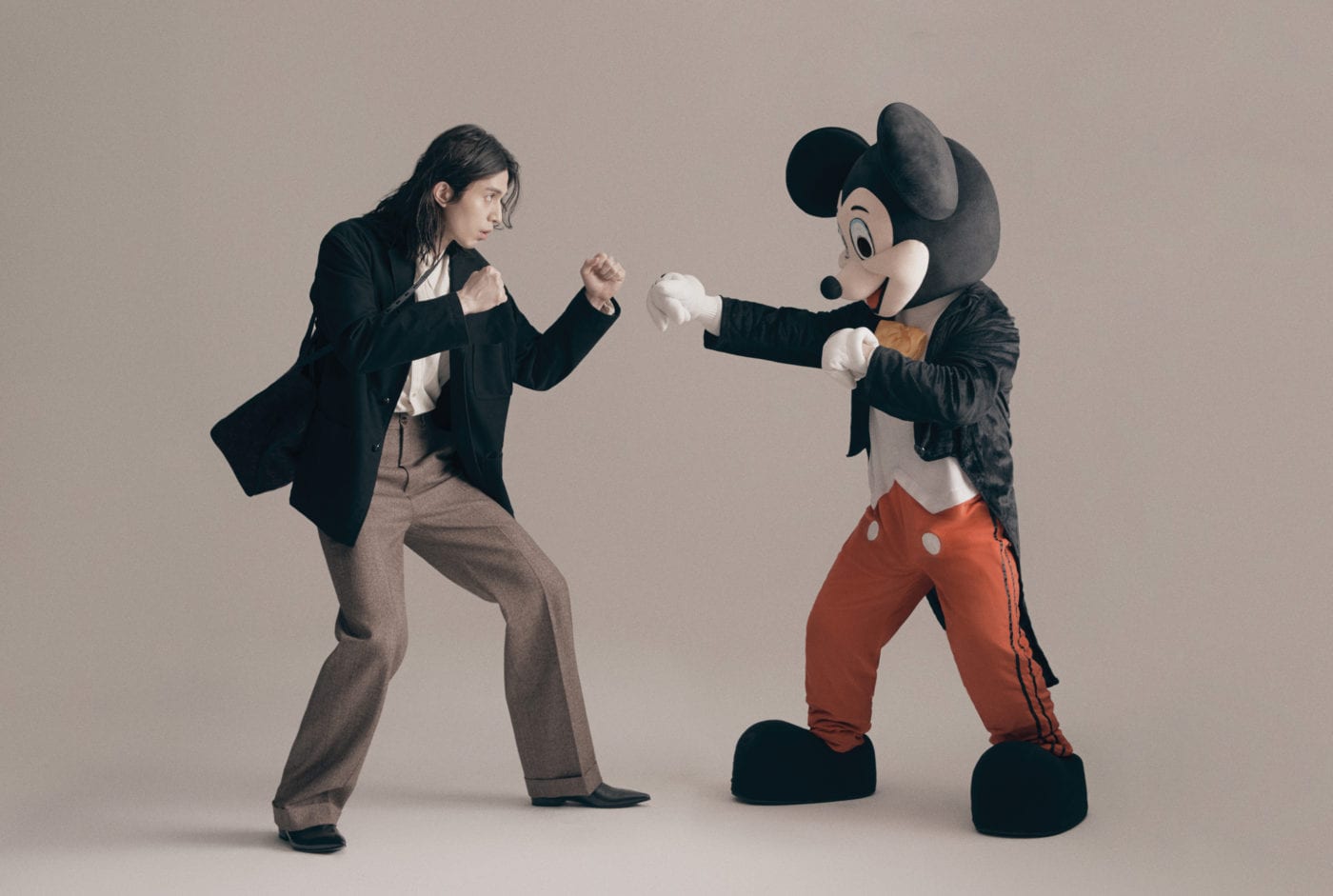 It’s been 20 years since Lee Dong Wook’s acting debut, and he was asked to look back on his career and describe whether he experienced more good feelings or bad feelings. “Whether it’s dramas, films, variety shows, or anything, I haven’t had many experiences where I’ve felt at ease,” he said. “There have been worrying and painful times, and I’ve felt like I’m hitting a wall too. I’ve endured it through feeling pleasure in breaking through that each time, but I didn’t enjoy that process. That uneasy feeling will continue in the future too. I think I don’t have any plans for a perfect acting performance or a perfect life. I just don’t give up or run away, and I keep going forward while challenging myself to face those things.” 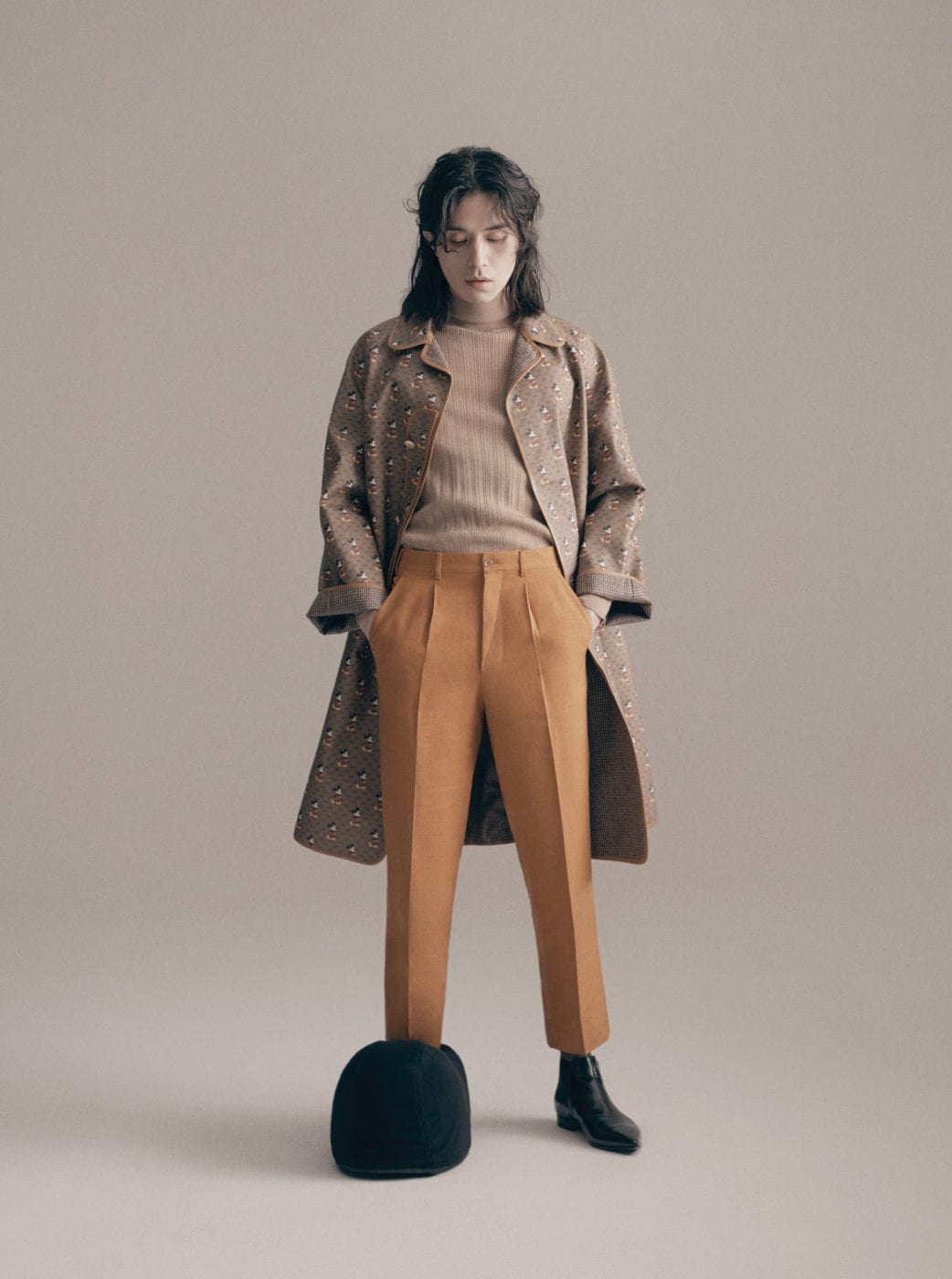 Lee Dong Wook described his fans as something that has made his 20-year career worthwhile. “Recently I did a fan meeting and someone thanked me for making them proud to be a fan of Lee Dong Wook,” he said. “I got goosebumps all over my body, because I don’t think it would be easy for me to like someone to that degree.” 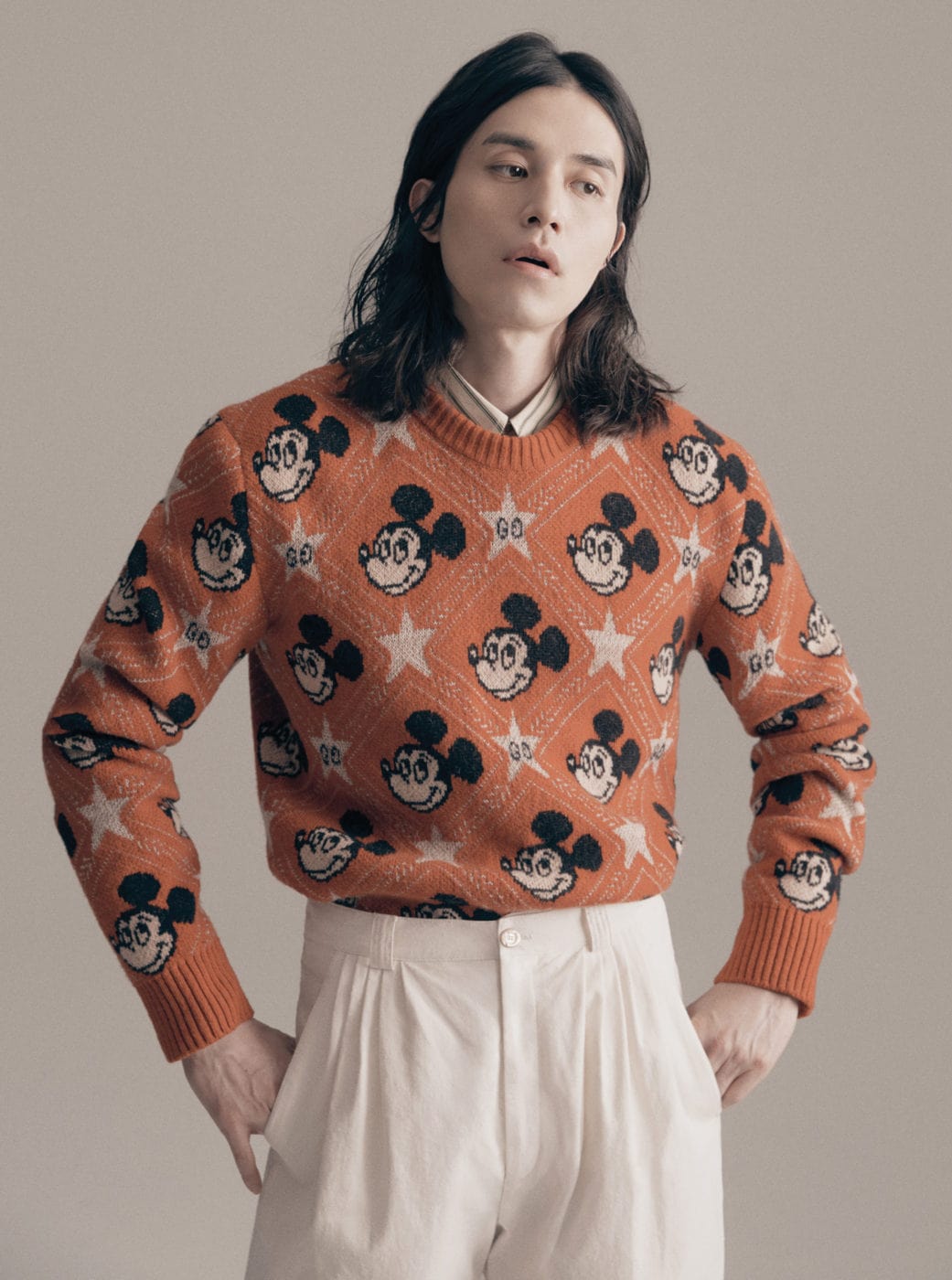 When asked to name the works that he’d like to include in an imaginary “20th anniversary special exhibit” of his projects, Lee Dong Wook first said he couldn’t leave out his debut work.

“In my third year of high school, I was in a single-episode drama titled ‘Best Theater – There’s A World Outside Of This Path’ that shows me when I was young and didn’t know anything at all,” he said. “Also ‘My Girl,’ which was my first leading role and brought me a lot of love, and ‘A Bittersweet Life,’ which was very difficult emotionally as it felt like an immense wall while I was acting. If I were to choose one more, I’d pick ‘Goblin‘ which created the Lee Dong Wook that exists today.” 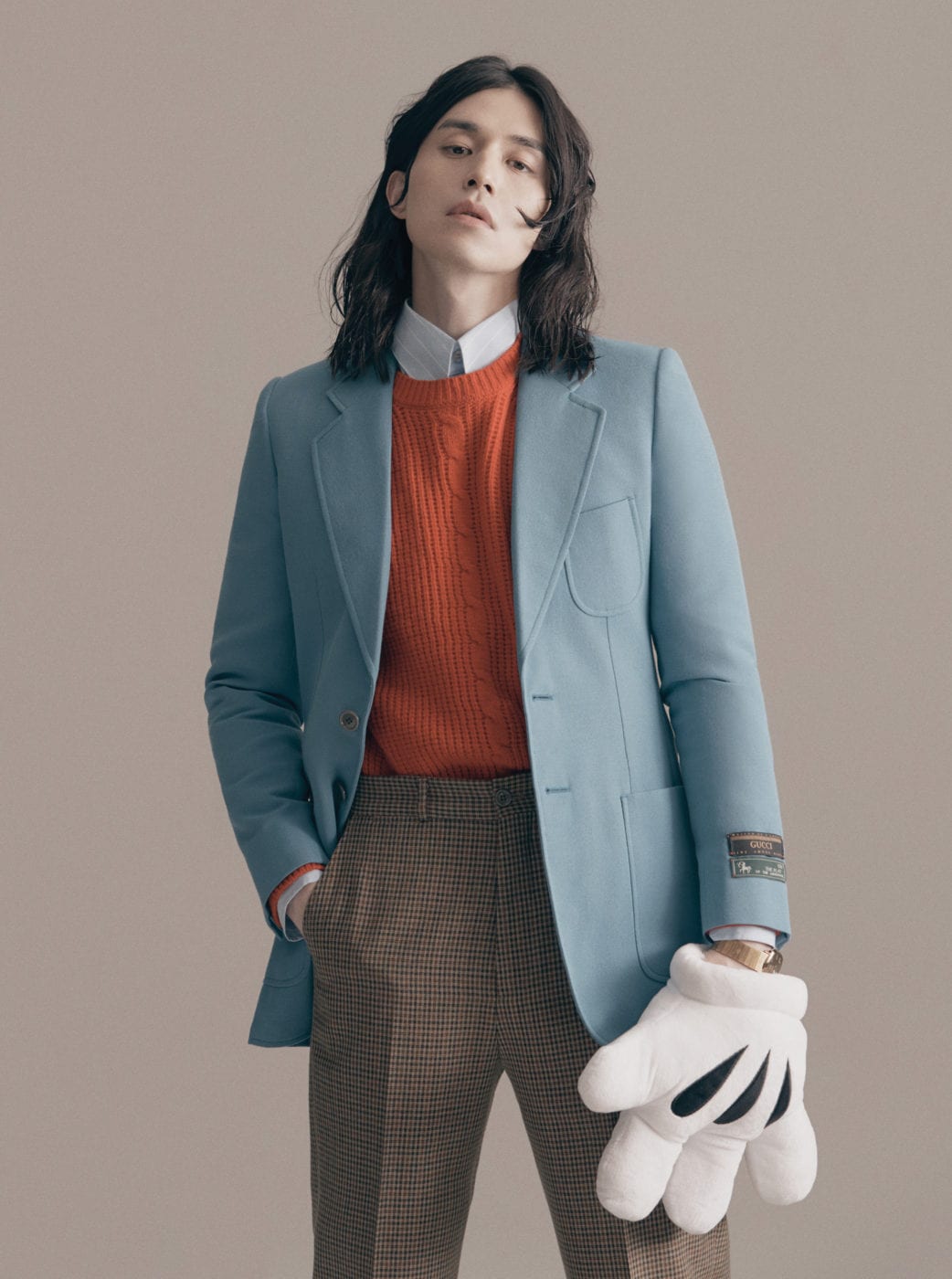 The interviewer brought up that when he talked to GQ last year, he said that he experienced many difficult things while filming the drama “Life” and he also felt disappointed in himself.

When asked how he felt about “Strangers from Hell,” Lee Dong Wook replied, “My level of personal satisfaction is practically the same. Regardless of its success, I feel what I’m lacking when it comes to acting. In the case of ‘Strangers from Hell,’ the director endured like a pillar for me and whenever I wavered, he guided me well. In contrast to the story of the drama, the atmosphere on set was really great. I felt how great of a job our staff did. I was praised for my acting in the drama, but if I did 50 percent then the staff did 90 to 100 percent.” 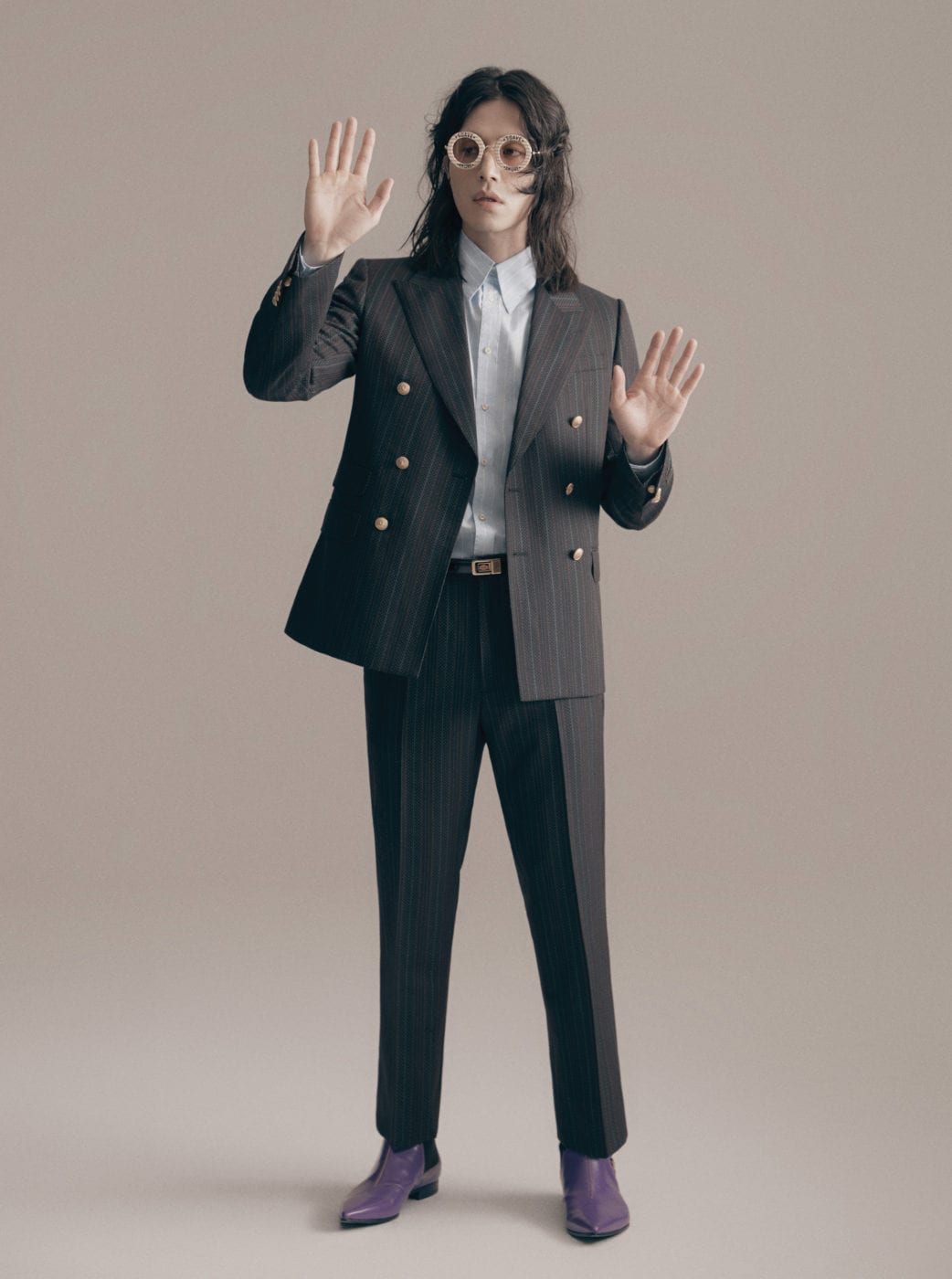 Lee Dong Wook was encouraged by the interviewer to not be overly critical of himself, and they told him that they’d been immersed in “Strangers from Hell” because of his acting and not because of his looks.

“I haven’t heard that kind of compliment a lot,” said Lee Dong Wook. “I think that it was a good choice to take on a variety of genres by doing works like ‘Life’ and ‘Strangers from Hell.’ Lee Dong Wook playing a psychopath? I’ve taken it as people weren’t expecting much but then they watched it and it was better than they’d thought. Whenever I’m asked what kind of actor I want to be, my answer is that I want to be an actor that people trust.” 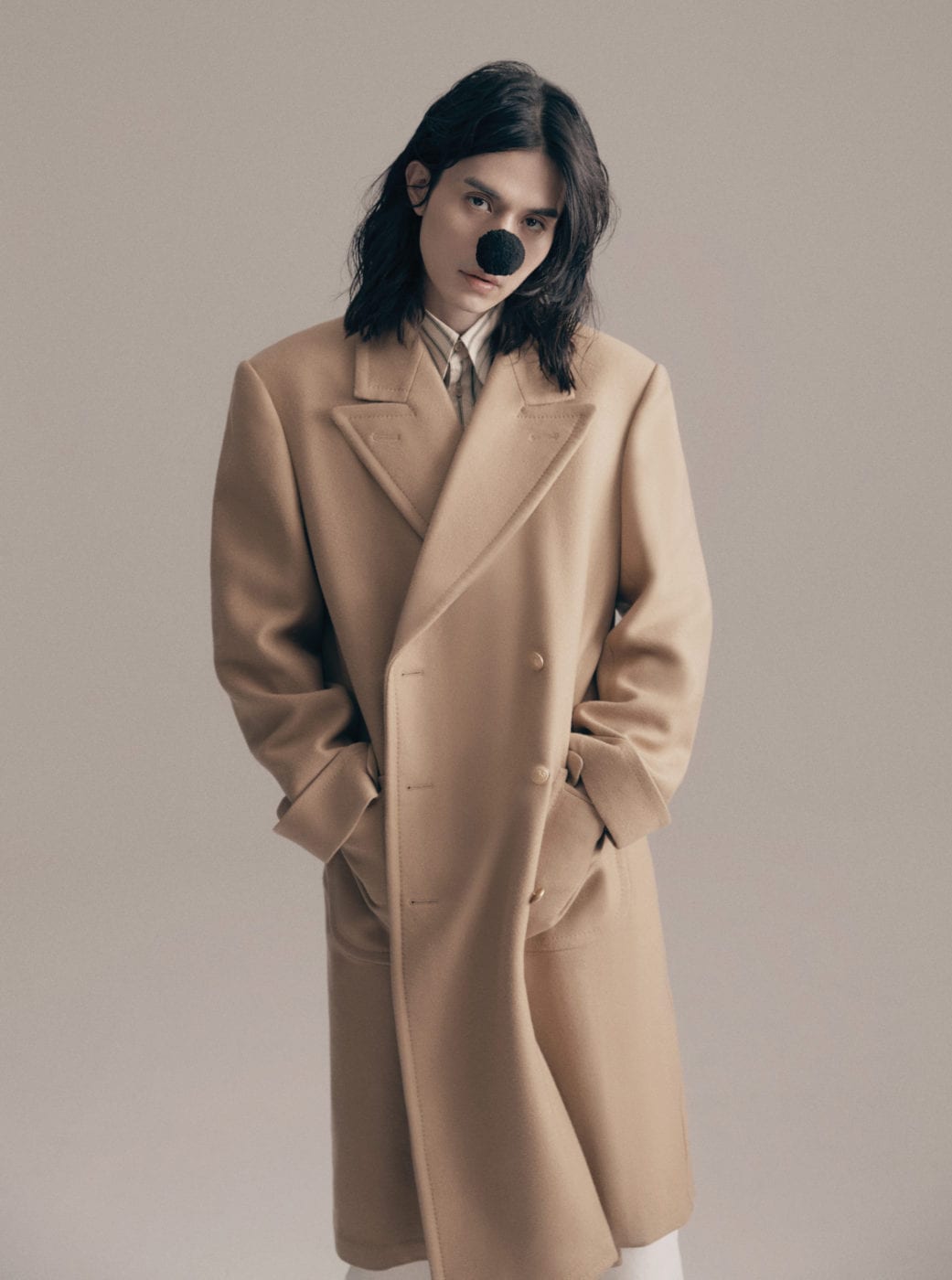 It was mentioned to Lee Dong Wook that he’d said at his fan meeting, “It’s the same for all people, but not everyone can like me. But why is it that I have to be hated like this by people I don’t know?” The interviewer shared their surprise over his comments and asked if he’s experienced hate.

“I’ve never experienced great hatred or gone through big ups and downs,” he said. “However I’ve been exposed to the public for the past 20 years. I’ve of course been judged by people I don’t know or heard negative things. I think I went through that calmly, but when I look back on it, it wasn’t easy. Still, I think that I’ve done well in enduring it. That’s what I meant when I said that.” 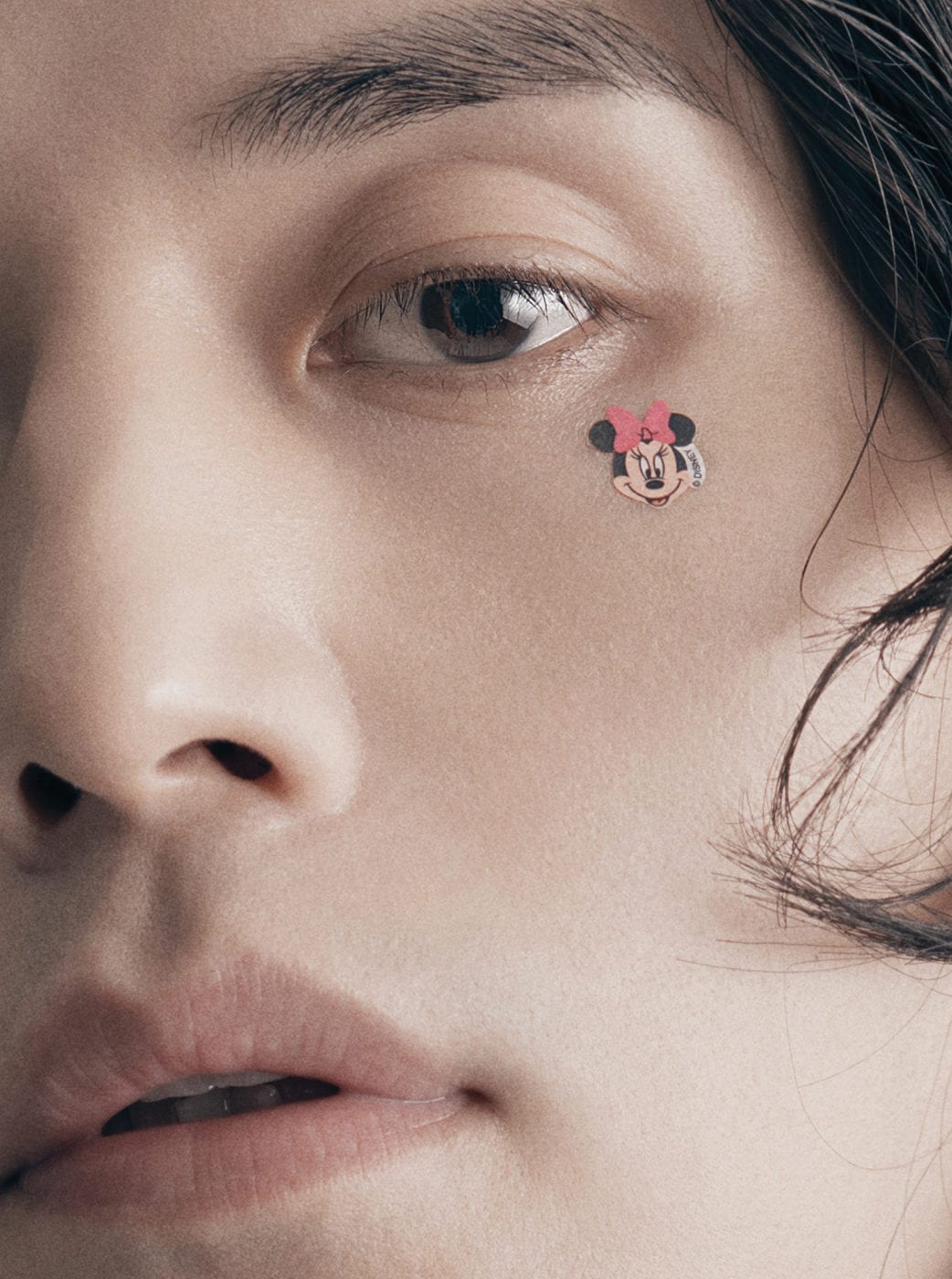 After getting to achieve his dream of hosting a talk show, Lee Dong Wook was asked what else he’d like to do. “I want to take on a character and project like ‘Strangers from Hell’ where people are able to feel something new from me,” he said. “More so than that, I need to do well at what’s right in front of me. I should do well at the talk show and succeed!”

GQ suggested that they meet Lee Dong Wook again as a one of their 2020 “Men of the Year” and asked Lee Dong Wook what he thinks. “It’s great to be meeting like this once a year,” he replied. “Has someone ever been chosen three years in a row? I see, no one has. Then I’ll work hard so that we can meet again next year.”

Lee Dong Wook
GQ Korea
Because I Want to Talk
How does this article make you feel?